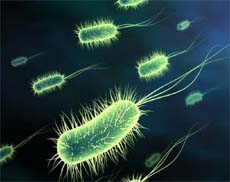 Evolutionists propose that the resistance that bacteria develop against antibiotics, and the immunity that some insects develop against DDT are evidence for evolution. They claim that these are examples of acquired resistance and immunity, brought about by mutations that took place in the living things exposed to these substances.

In both bacteria and insects, these characteristics are not properties that were subsequently acquired against DDT or antibiotics as a result of mutations. Some of these living things possessed these characteristics before the population as a whole was subjected to antibiotics or DDT. Although considered a pro-evolutionist periodical, Scientific American, makes the following confession in its March 1998 issue: “Many bacteria possessed resistance genes even before commercial antibiotics came into use. Scientists do not know exactly why these genes evolved and were maintained.”

As may be seen, genetic information that procures resistance had existed prior to exposure to antibiotics and cannot be explained by evolutionists; this proves the falsity of their claim.

The fact that resistant bacteria were present years before the discovery of antibiotics is expressed in Medical Tribune, itself a remarkable scientific publication, in its December 29, 1998 issue. The article is concerned with an interesting event: In a study carried out in 1986, the corpses of some sailors who fell sick and died during a polar expedition in 1845 were found preserved in ice. Some common 19th century bacteria types were found in the corpses and when they were tested, researchers were surprised to find that they were resistant to many modern antibiotics that were not developed until the 20th century Ce.

It is a well-known fact in medical circles that this sort of resistance was present in many bacteria populations prior to the discovery of penicillin. Therefore, it is absolutely deceptive to postulate the resistance of bacteria as an evolutionary development. How, then, does the so-called process of “bacterial acquisition of immunity” take place?

Resistance of Bacteria to Antibiotics

It is important to note here that, contrary to the claims of evolutionists, there is no evolutionary process taking place in which non-resistant bacteria mutate and convert into resistant bacteria strains by being exposed to antibiotics and thus acquire new genetic information. What is taking place is only a weeding-out of particular bacteria variations from a population of resistant and non-resistant variations that co-existed from the very beginning. This does not mark the emergence of a new bacteria species: it is not “evolution”. On the contrary, one or more of the existing variations disappear, which is quite the reverse process since genetic information is being lost.

Immunity of Insects to DDT

Another issue that evolutionists seek to distort and offer as evidence for evolution is the seemingly “acquired” immunity of insects of DDT that we mentioned earlier. This immunity develops in the same manner as bacterial resistance does to antibiotics. Immunity to DDT can by no means be said to have been “acquired” by individual members of the insect population. Some of the insects were already immune to DDT. After the discovery of DDT, insects that were exposed to this chemical but did not have this inherent immunity were eliminated from the population, which is to say, they became extinct. Those that were immune -- and originally these were relatively few in the population -- increased in time. Eventually, the entire insect species became a population whose members were all immune. When that happened, DDT ceased to be effective against this species of insect. This phenomenon is commonly, but misleadingly, referred to as “insects’ acquisition of immunity to DDT”.

Evolutionist biologist Francisco Ayala admits this fact by saying: “The genetic variants required for resistance to the most diverse kinds of pesticides were apparently present in every one of the populations exposed to these man-made compounds.”

Being well aware that the majority of people do not have an opportunity to learn about microbiology nor do researches in it, evolutionists employ plain deceit where the issues of resistance and immunity are concerned. They frequently bring up these examples as very important evidence for evolution. It should be clear by now, that neither the resistance of bacteria to antibiotics nor the immunity of insects to DDT provides evidence for evolution. What they do provide, are good examples of the distortion and hoodwinking methods that evolutionists have recoursed to in order to justify their theory.

To conclude, one clearly sees the falsehood the evolutionists are upon and this leads to the fact that Allah is the Creator of all things and not evolution.