Evolutionist claims and the facts 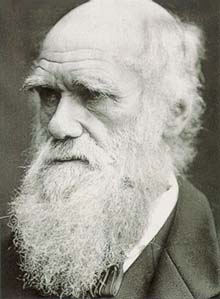 In this article, we will address a number of biological phenomena and concepts presented as theoretical evidence by evolutionists. These topics are particularly important for they show that there is no scientific finding that supports evolution, instead they reveal the extent of the distortion employed by evolutionists.

Variation is a term used in genetics to refer to a genetic event that causes individuals or groups of a certain species to harbor different characteristics from one another. For example, all the people on earth carry basically the same genetic information, yet some have slanted eyes, some have red hair, some have long noses, or some are short or tall depending on the extent of the variation potential of this genetic information.

Variation always takes place within the limits of genetic information. In the science of genetics, this limit is called the “gene pool”. All the characteristics present in the gene pool of a species may come into view in various ways due to variation. For example, as a result of variation in a reptile species, there may appear varieties that have relatively longer tails or shorter legs, since the information for both long and short legs already exists in the gene pool. However, these variations do not transform reptiles into birds by adding wings or feathers to them, or by changing their metabolism. Such a change requires an increase in the genetic information of the living thing, which is by no means possible in variations.

was not aware of this fact when he formulated his theory. He thought that there was no limit to variations. In an article written in 1844 CE he had stated: “That a limit to variation does exist in nature is assumed by most authors, though I am unable to discover a single fact on which this belief is grounded”. In The Origin of Species he cited different examples of variations as the most important evidence for his theory.

For instance, according to animal breeders who mated different varieties of cattle in order to bring about new varieties that produced more milk, were ultimately going to transform them into a different species. ’s notion of “unlimited variation” is best seen in the following sentence from The Origin of Species: “I can see no difficulty in a race of bears being rendered, by natural selection, more and more aquatic in their habits, with larger and larger mouths, till a creature was produced as monstrous as a whale.”

The reason cited such a far-fetched example was the primitive understanding of science in his day. Since then, in the 20th century CE, Science has posited the principle of “genetic stability” (genetic homeostasis) based on the result of experiments conducted on living things. This principle holds that all mating attempts carried out to produce new variations were inconclusive and that there are strict barriers among different species of living things. This meant that it was absolutely impossible for animal breeders to convert cattle into a different species by mating different variations of them as had postulated.

Norman Macbeth, who disproved Darwinism in his book Darwin Retired, states: “The heart of the problem is whether living things do indeed vary to an unlimited extent…The species look stable. We have all heard of disappointed breeders who carried their work to a certain point only to see the animals or plants revert to where they had started. Despite strenuous efforts for two or three centuries, it has never been possible to produce a blue rose or a black tulip.”

Luther Burbank, considered the most competent breeder of all time, expressed this fact when he said that: “there are limits to the development possible and these limits follow a law.” In addressing this subject the Danish scientist W.L. Johannsen commented:

“The variations upon which Darwin and Wallace had placed their emphasis cannot be selectively pushed beyond a certain point, that such variability does not contain the secret of indefinite departure.”

It is time that evolutionists were honest with themselves and realized that Science has its limits; it can only be a means of understanding the complex design underlying all Creation, it can never be a Creator itself.