Islam is not a new message 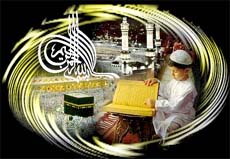 Since the creation of man, there have been many Divine messages and Prophets, may Allah exalt their mention, sent by God to humankind. Numerous messages were revealed to many Prophets, may Allah exalt their mention, who were sent to different nations at different times. However, all these messages, from the first to the last, contained the same in essence. They all called people to worship only The One True God and to do righteous deeds. Allah, Most Exalted, Says (what means): "Truly, the religion in the sight of Allah is Islam…" [Quran 3:19]

According to the verse above and other verses in the Quran, the message that all Prophets called people to was Islam. Since there is only One True God, the message of God must also be One.

However, this message varies in general laws, codes of life and worship (but not in the essential beliefs) according to the diversity of  nations, times, conditions, customs and cultures. Every form of this message was sent to a particular nation for a particular time, except the last message revealed to Prophet Muhammad

(may Allah exalt his mention) which was sent to all people and all nations till the Day of Judgment.

Allah Almighty, informs us in the Holy Quran that many Prophets uttered the word 'Islam' or 'Muslim' such as Nooh (Noah), Ibraaheem (Abraham), Ismaa’eel (Ishmael), Yoosuf (Joseph), Moosaa (Moses), may Allah exalt their mention.

Allah, The Most High, tells us about Nooh, may Allah exalt his mention,  when he warned his people of disbelief saying (what means): "But if you turn away (from accepting my doctrine of Islamic Monotheism, i.e. to worship none but Allah), then no reward have I asked of you, my reward is only from Allah, and I have been commanded to be of the Muslims." [Quran 10:72]

Ibraaheem and Yaaqoob (Jacob), may Allah exalt their mention, enjoined Islam upon their sons. Allah Almighty Says (what means): "And this (submission to Allah, Islam) was enjoined by Abraham upon his sons and by Jacob (saying) 'O my sons! Allah has chosen for you the (true) religion, then die not except while you are Muslims." [Quran 2:132]

Ibraaheem and Ismaa’eel, may Allah exalt their mention, invoked their Lord when they were raising the foundations of the house, the Ka'bah at Makkah, (what means) : "Our Lord! And make us Muslims (in submission) to You and from our descendants a Muslim nation (in submission) to You…" [Quran 2:128]. Allah Says in the Quran (what means): "(Solomon said): 'Be not haughty with me but come to me in submission (as Muslims).'" [Quran 27:31]

When ‘Eesaa (Jesus), may Allah exalt his mention, came to know of his people's disbelief, he said to them (what means): "…Who will be my helpers in Allah's Cause?' The disciples said: 'We are the helpers of Allah; we believe in Allah, and bear witness that we are Muslims (i.e. we submit to Allah).'" [Quran 3:52]


The last of Allah's prophets, Muhammad

was sent to present Allah's revelation in its final form and for the last time. This was necessary because the message delivered by the previous Prophets and Messengers, may Allah exalt their mention, had been corrupted or distorted by their followers.

Allah took it upon Himself to guard the last message (i.e. the Quran and hence Islam) from corruption. He says in the Quran (what means): "Verily, it is We Who have sent down the message (i. e., the Quran) and surely, We will be its guardian.” [Quran 15:9]

This message is called Islam, which means submission to the will of the only True God, Allah. In this way, all nations are invited to Islam and Allah will not accept any religion from them except Islam.

Allah Says (what means): "And whoever seeks a religion other than Islam, it will never be accepted from him, and he, in the Hereafter, will be among the losers." [Quran 3:85]


To conclude, Islam is the religion, which was given to Aadam, may Allah exalt his mention, the first man and the first prophet of Allah, and it was the religion of all the prophets, may Allah exalt their mention, sent by Allah to humankind. The name of God's religion -- Islam --  was not decided upon by later generations of man. It was chosen by Allah Himself and clearly mentioned in His final revelation to man. In Islam it is obligatory to have belief in all Messengers, may Allah exalt their mention and their messages in the original forms revealed by Allah. Surely, it is the only way, which can lead people to success in this life and to in the Hereafter.

said: "By Him (Allah) in Whose Hand Muhammad's soul is, there is none from among the Jews and Christians who hears about me and then dies without believing in the Message (i.e. Islam) with which I have been sent, but he will be from the dwellers of the (Hell) fire." [Muslim]