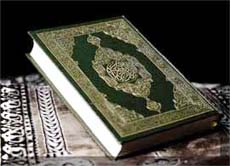 The Quran is truly a living miracle. Going deeper into it, one finds amazing characteristics from every perspective.

The Arabs of the 6th and 7thcenturies CE were masters of the Arabic language. Eloquence and rhetoric were their lifeblood. The liveliness that marked their gatherings, the gaiety of their fairs, and the virtues of which they boasted, all found expression through poetry and literature. They were so proud of their literary accomplishments that they disdainfully dubbed all the other peoples of the world as “’Ajam” or “Dumb.” It was in this atmosphere that there appeared on the scene an unlettered person, Muhammad . He presented before them an oration, and declared it to be the Word of Allah, which claimed (what means):
“If mankind and the jinn were to gather together to produce the like of this Quran, they could never produce the like thereof, even if they backed up one another.” [Quran 17:88]
Such a proclamation was an amazing thing. It came from a person who had never learned anything from the renowned poets and scholars of the time, had never recited even a single piece of poetry in their congregations, and never attended the company of soothsayers. And far from composing any poetry himself, he did not even remember the verses of other poets. This proclamation, repeated several times in the Quran, was therefore the greatest challenge to their literary expertise, and at the same time a fatal stab at their polytheist creed and beliefs. Following this, a hush fell over the whole galaxy of these stirring orators and fiery poets. Not a soul stepped forward to accept the challenge of producing the like of the Quran. They persecuted the Prophet called him insane, a sorcerer, poet and soothsayer, but failed utterly in composing even a few sentences like the Quranic verses. To this day, the challenge has remained unmet, although throughout history and even in modern times, many people have made feeble attempts to do so.

Among other things, the Quran contains prophecies of future events, many of which have come to pass. We reproduce here a discussion of one such prophecy, which was fulfilled within the lifetime of the Prophet Muhammad .

While the Prophet was still in Makkah, after having been entrusted with prophethood, and was being subjected to all sorts of persecutions by the Makkan idolaters, exactly at the same time the two great powers of Rome and Persia were involved in repeated wars. The Romans were beaten, vanquished and suffered a great loss in men and material. At last, the Romans were so utterly exhausted that, far from being in a position to launch a counter-attack, they could not even take a firm stand anywhere. This situation was a matter of jubilation for the pagans of Arabia as they identified the Persians, being fire-worshippers, with themselves and the Romans, as “people of the Book,” with the Muslims. In their eyes, the dominance of the Persians, presaged their own victory and the defeat of the Muslims. It was under these circumstances that these initial verses of the chapter called Ar-Room (The Romans) were revealed (which mean): “…The Romans have been defeated, in the land close by. And after (this) defeat of theirs, they will soon be victorious within a few years. To Allah belongs the command before and after and on that day the Believers will rejoice in Allah’s help…” [Quran 30:2-4]
For those who were aware of the military situation concerning the Romans and Persians, this prediction was absolutely incredible. In fact, the Persians kept marching forward until they reached the city walls of the Roman capital, Constantinople. The renowned historian Edward Gibbon has commented on this prediction thus:
“When this prophecy was made, no prediction could be more unbelievable because the initial twelve years of Heraclius were evidently declaring an end to the Roman Empire.” [Fall of the Roman Empire, v.5, p.73-74]
But exactly seven years after his first defeat, the Roman emperor sallied forth from the capital and inflicted crushing defeats on the Persians at several places, and after that the Roman armies were victorious everywhere.
Meanwhile, a large number of Muslims had migrated to Al-Madeenah and their wars with the idolaters of Makkah had already begun. The day on which 313 ill-equipped Muslims were decisively beating their enemy -- 1000 heavily armed Makkan warriors -- at the battlefield of Badr, came the news that the Romans had defeated the Persians. It was then realized that the Quranic verse, (which means): “…on that day the Believers will rejoice in Allah’s help” [Quran 30: 4-5] was meant to denote the twin happiness of the Romans’ victory as well as their own victory at Badr.

In Science and History

Apart from prophecies, the Quran has pointed out many scientific and historical facts which were not only unknown at that time, but could not even be imagined given the development of civilization. Entire books have been written (by both Muslims and non-Muslims) confirming the correspondence of scientific discoveries to the truths expressed in the Quran. Again, we suffice here with two examples:
The Quran has stated that as Fir’awn (Pharaoh) was drowning in the sea he made a confession of faith orally, just to save his life. In response, Allah Said (what means):“What! Now? And indeed before this you did rebel and were of the corrupt. So this day We shall rescue you with your body that you may be a sign to those who come after you.” [Quran 10: 91-92]
At the time of revelation of this verse, and even centuries afterwards, nobody knew that the body of Fir’awn had been preserved, but it has been discovered only recently and is preserved in a museum at Cairo.

The Quran has stated (what means): “And of everything We have created pairs that you may take heed.” [Quran 51: 49]
When this verse was revealed, the general concept was that male and female pairs existed only among human beings and animals or in some vegetation. However, with the advancement of science, the Quranic reality is becoming manifest that male and female pairs exist in everything. In some instances they are termed as male and female, and elsewhere as positive and negative, as electron and proton, or neutron and positron. In another verse, the Quran has also clarified that the occurrence in pairs in many other things is still unknown to people. It says (what means): “Glorified be He Who created pairs of all things which the earth grows, and of themselves (humans), and of that which they know not.” [Quran 36: 36]

A Miracle For Us!

Looking back through history, it has been observed that the prophets, may Allah exalt their mention, were sent with miracles that reflected the society and knowledge of the people they were sent to. Thus, Moosaa (Moses) was sent with a staff that truly turned into a snake, baffling the trickster magicians of the Pharaoh. ’Eesaa (Jesus) was given the power to cure diseases and give life to the dead, astonishing the Jewish doctors who felt proud of their limited knowledge of healing, and who had begun to disregard and deny the supernatural powers of God.
Similarly, the Quran was an immediate miracle for the Arabs so many years ago, since it challenged and far surpassed the limits of their literary expression. Unlike the miracles of previous prophets, which were only applicable for a limited time, to this day the Quran -- the Final Testament given to the Last Prophet -- is still a relevant miracle for humanity and will remain so as long as the world exists. We live in an age of science and technology, of knowledge, logic, and reason. Yet, in spite of all the human advancement in every sphere of life, the principles of the Quran have not been proven wrong nor have they become “out-of-date.” This is really the great miracle of the Quran, it has proven itself a timeless, universal message for humankind, relevant to every facet of our life — be it politics, economics, ethics, science, literature, arts or entertainment. In fact, even non-Muslim scholars have admitted that the entire “Western” civilization today, thriving from the “rebirth of humanity” (i.e. the “Renaissance”), would not have been so, had it not been for the message brought by Muhammad . As the celebrated English writer, Robert Briffault, says in The Making of Humanity:

“The ideas of freedom for all human beings, of human brotherhood, of the equality of all men before the law of democratic government, by consultation and universal suffrage, the ideas that inspired the French Revolution and the Declaration of Rights, that guided the framing of the American Constitution and inflamed the struggle for independence in the Latin-American countries were not inventions of the West. They find their ultimate inspiration and source in the Holy Quran. They are the quintessence of what the intelligentsia of medieval Europe acquired from Islam over a period of centuries through the various societies that developed in Europe in the wake of the Crusades in imitation of the brotherhood associations of Islam. It is highly probable that but for the Arabs, modern European civilization would never have arisen at all, it is absolutely certain that but for them, it would never have assumed that character which has enabled it to transcend all previous phases of evolution.”