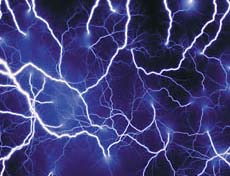 Islam encourages and urges its followers to learn, read, write and do research. Here are some proofs of the attitude of the religion of Islam towards education, learning and scientific thinking:

1. The first verses revealed in the Holy Quran say (what means): "Read in the name of the Lord, who created man from congealed blood." This means that the first revealed word was "read". This reflects the importance of reading and learning according to Islam.

5. The Holy Quran gives another example of scientific objectivity by repeatedly blaming disbelievers for their blind imitation of their forefathers. This is certainly an invitation from the Holy Quran to the believers and people to think independently and critically. Independent thinking is an essential condition for creativity, which is the first condition to scientific innovations and technological progress.

(may Allah exalt his mention), urged his Companions, may Allah be pleased with them,  to use their own judgment if they faced problems to which there was no specific solution in the Holy Quran or the traditions of Prophet Muhammad

. This encouragement of free judgment is a green signal that stimulates people to think, but without going against the principles of Islam.

Science Alone Is not Enough:

As we know, Islam as a religion holds that science alone is not enough to bring real progress. In secular countries that are technologically advanced, we notice that technology itself may create serious problems to those countries and other countries.

For example, Science has led to the invention of atomic bombs that are capable of destroying a whole city with its millions of civilians in a minute. Killing one million civilians or more in a minute is a terrible act of brutality. This act is the product of Science with the absence of true religion. According to Islam, civilians should not be harmed during war.

Further, Science has led to the invention of bombs that destroy plant life. Again, this is an act of extreme materialism devoid of spiritualism. According to Islam, civilians, animals and plants should not be harmed during war. This shows that while Science gives us the instruments of destruction, the misuse of these instruments does not take place through Science. These destructive instruments are employed through a political decision. This means that we have to go back to the politician's psychology to determine what kind of behavior is expected. Science and technology alone are not enough to achieve progress in society; on their own they may, in fact, create real problems for everybody. However, if Science is accompanied with the practice of the true religion and submission to Allah, it will be used to serve man and not to torture or destroy him.

Scientific findings and research do not always affect human life satisfactorily. For example, scientific research has shown that alcohol has a destructive influence on the brain, the digestive system, the heart and the nervous system. Everybody who drinks alcohol knows that alcohol is destructive to physical and mental health. Nevertheless, this scientific knowledge has not decreased the number of alcoholics. On the contrary, the number of alcoholics is increasing tremendously despite the findings of Science!

Science works successfully when it comes to the treatment of matter, but when it comes to human behavior, Science cannot do much. It cannot overcome bad customs, but a true religion can easily do that. In pre-Islamic times, people used to love wine, but when Islam prohibited drinking alcohol, wine was poured out on streets the moment the prohibition was declared. If a person fully submits to Allah, he obeys Him completely.

The Mercy of Allah:

Allah is Merciful, so He sent Apostles and Prophets, may Allah exalt their mention, to help humankind in the area where they need help: life. All religions, particularly Islam being the last religion, came with answers to the questions that puzzle man: Where did man come from? What is the end of man? How to worship Allah? What are man's duties towards others? What are the regulations of peace and war? What are the regulations of food, drinks, and clothes? What to do and what not to do? What is right and what is wrong?

These questions cannot be answered by Science or man; they have been answered by Allah, the Creator of man. The answers are available, but unfortunately, some people do not hear or listen or think of them. Those who do not listen to God's answers and God's guidance insist on experimenting with humans and their lives. Sometimes a country abolishes the death punishment, then it decides to use death as a capital punishment. Another country decides to ban alcohol, then suddenly allows it!

To sum up, whether it comes to material or spiritual matters, let us seek the answers from the One who Created everything. 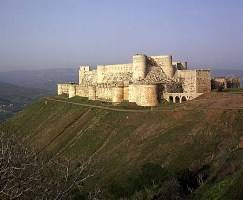