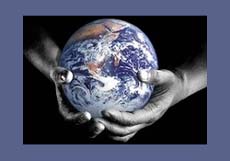 One of the serious facts of this present age is that the old norms have failed to convince and hold our youth, and we are facing a new time of Ignorance, a fresh 'Jahiliyyah', as the Arabs or Muslims would state it. Whether this is because Western values are basically false or that some form of dry rot has infected our communications media, the fact remains that we are facing a real crisis throughout the Western world.

This process is the opposite of the great eighteenth-century movement, which was called the Enlightenment, when Western Europe and seemed to be shaking off their age-old prejudices.

(may Allah exalt his mention) led his arid peninsula out of chaos, both political and social, into the leadership of the then known world. In fact, wherever Islam entered during its earliest youth, the Middle Ages - especially as knew this dark period in human history - simply ceased to exist.

established religion; thereafter, the Islamic State or commonwealth developed slowly, somewhat challengingly, during the decade from the year 622 of the Christian era (CE), or the Hijrah as it is called - the Zero year in the Islamic calendar, until his death in 632, only ten years later.

By that time, instead of being a peninsula of mutually raiding tribes, had become a commonwealth, which raised new standards for the world to adopt. All this occurred within the ten years after the Hijrah or 'Migration' of the Prophet

and his Muslim community from trying circumstances in Makkah to its new capital of Yathrib or Madeenah as this city came to be called, two hundred miles to the north in an oasis on the ancient caravan route to Syria.

was not college trained, as we might expect him to be today; nevertheless he led his people formally and sincerely to a better way of life. He was the most cultured and concerned individual yet he had never been to school, only trained to speak good Arabic by living as an infant out on the desert, where they spoke the best Arabic in that era.

Almost immediately following his death, Islam burst upon the Near Eastern and the world scene to take over the whole Sassanid empire of Persia plus the southern tier of the Byzantine empire as far West as Spain and Morocco on the Atlantic. This covered less than one century: by the year 711 CE, or only eighty years after the Prophet's death, Muslims were on the borders of France in the far West, and they were entering India to the East.

Islam was termed the 'Middle Nation' [Qur'an 2: 143], the community which was to follow the happy and balanced medium in all matters, which was the stated aim of both Greek and Islamic society, and indeed of any moderate one.

The Muslim's basic purpose in life is to worship God in His Oneness (Monotheism) and not through the trinity of the Christians, or the duality and idolatry of other religions. The Muslim works through the power of God's transcendence; in the words of King Arthur, as this Celtic leader was preparing to enter the next world, he admonished his Knights of the Round Table: "For what are men better than sheep or goats, that nourish a blind life within the brain, if, knowing God, they lift not hands in prayer both for themselves and those that call them friends?"

God is thus Transcendent, 'Al-Ghaniyy' as the Quran teaches us; while mere man is only 'rich' or 'wealthy' when this same adjective is applied to him. Divine service or worship means giving 'worth' or value to what we respect and revere. We Muslims know God; we meet Him five times a day at least, and while we are on our knees before Him.

Today our New World is helping to lift the dead hand, which opposed these concepts, and to spread the universal message of Islam. If we all are willing to listen, then we may clear up some of the misunderstanding, which has hindered Western appreciation of Middle Eastern ethics and values, especially since Islam itself is now pushing into the cities of North America, Great Britain and continental Europe.

[From: 'Islam, its Meaning and Message']