Islam and the aim of life 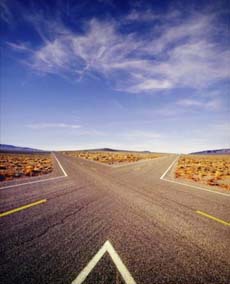 In fact, here lies the problem of some people in the last stages of their lives. After they have collected the money which they dreamt of, their life loses its purpose and they live in tension, restlessness and suffer from the panic of nothingness.

Can attaining wealth be an aim?

We often hear of wealthy people committing suicide; sometimes, it is not the wealthy person himself but members of his family – his wife or children. The question is: Can aiming for wealth bring happiness to the individual? In most cases, the answer is 'No'. Is the purpose of collecting wealth a long-standing purpose?

As we know, a five-year-old child does not look for wealth: he prefers a toy to a million dollars. An 18-year-old adolescent does not dream of wealth because he is busy with things that are more important. A 90-year-old does not care for money; he is more worried about his health. This proves that wealth cannot be a long-standing purpose in all the stages of an individual's life.

Wealth can do a little to bring happiness to a disbeliever, because he is not sure about his end or his fate. A disbeliever does not know the purpose of life, and if he has a purpose, this purpose is doomed to be temporary or self-destructive.

What is the use of wealth to a disbeliever if he feels scared of the end and skeptical of everything? A disbeliever may gain a lot of money, but surely loses himself.

Worshipping Allah as an aim:

Worshipping Allah makes life purposeful and meaningful, especially within the framework of Islam. According to Islam, this worldly life is just a short stage of our lives. After this, there is the other life -- the Hereafter. The position of the person in the Hereafter depends on his deeds in this first life. At the end of the death, stage comes the Day of Judgment. On this day, Allah will reward or punish people according to their deeds.

The first life as an examination:

Hence, Islam looks at the first life as an examination or a test of man. The Day of Judgment is similar to the day of announcing the results of the examinees. The second life (the Hereafter) is the time when each examinee enjoys or suffers from the outcome of his behavior during the test period.

In Islam, the line of life is clear, simple and logical: the first life, death then the Day of Judgment, and then the second life. With this clear line of life, a Muslim has a clear purpose in life.

The eternity of the second life:

This concept of eternal nature of the second life has a tremendous effect on the Muslim during his first life, because the Muslim believes that his first life determines the shape of his second life. In addition, this will be decided through the Judgment of Allah, the Just and Almighty.

With this belief in the Hereafter and the Day of Judgment, a Muslim's life becomes as purposeful and meaningful as possible. A Muslim's long-standing purpose is to go to by pleasing his Creator.

In other words, a Muslim's continuous purpose is to obey Allah, to submit to Him, to carry out His orders, and to keep in continuous touch with Him through prayer (five times a day), through fasting (one month a year), through charity (either obligatory or voluntary as often as possible), and through pilgrimage (once in one's life if he is able).

The need for a permanent purpose:

People have different purposes at different stages in their lives such as collecting money and property, indulging in sex, eating and dancing. However, all these purposes are temporary, they come and go. Money comes and goes. Health comes and goes. Sexual activities cannot continue forever. All these lusts for money, food and sex cannot answer the individual's question to himself: what next?

However, Islam saves those who follow it sincerely from the troubling question: what is the aim of life? Islam makes it clear to the Muslim, from the very beginning, that the permanent purpose of life is to worship Allah. We should know that the only way for our salvation in this life and in the Hereafter is to know the Lord who created us, believe in Him, and worship Him alone.

What is the purpose of life?