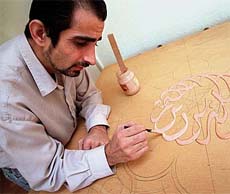 The world is not only densely populated but it is also saturated with different religions in various concepts. Everyone claims that he has a message to rescue the world and that he is the only one who is on the right path - each one asserting as if everybody owns the franchise to the truth!

Faced with such a fact, it is imperative upon us, as Muslims, to know the features of our religion. This is for us to determine our position, as well as, to properly conduct and guard ourselves against the other ones that may either be of divine roots such as Christianity and Judaism or of human origin like Buddhism and Hinduism. Otherwise, we will succumb to a plethora of religions.

Islam has specific features, which distinguishes it among the rest. By understanding these features, we will hopefully realize its merits and Allah’s (God’s) kindness as He guides and immerses us towards Islam. Here are some of these features:

So Islam, by this feature, is essentially distinguished from the other laws and ideologies whose source is the human mind as opposed to Islam’s which is divine ("Godly"). This great difference should not be ignored nor taken for granted.

While Islam is considered a divine revelation, it should be:

A. Perfect and devoid of insufficiency, ignorance and caprice because it comes from Allah the Almighty, Whose perfection is complete and Who is infallible. Therefore, if the effect of Allah’s perfection is shown in His revealed commands, they should also be perfect.

B. Suitable, convenient and sufficient. This revelation is from the Creator Who knows what may benefit or harm His creatures. Allah Says (what means): "Does He Who created not know, while He is the Subtle, the Acquainted?" [Quran: 67:14].

C. Highly respected and dignified by believers regardless of one’s social status and earthly power because such positions and influence cannot take them away from the submission to Almighty Allah.

This holds true to a president or a ruler who is not obliged to follow any philosopher’s or intellectual’s opinion but still has to submit to Almighty Allah, regardless of his position, as all other creatures submit to Him.

For instance, Muslims who used to drink wine before Islam gave up their habit when Islam had forbidden it. In contrast, the in CE 1930 spent a lot of money advertising the dangers of wine and even applied hard punishment along the line in order to put a stop to it but still all their efforts failed.

Islam unlike human principles and ordered set of ideas is a comprehensive system for all life affairs and human behaviour, as each aspect caters to its own field. So there are no spaces in human life which are apart from his religion and belief.

Muslims cannot do anything without a jurisprudent ruling either by obligation, prohibition, legalisation, recommendation or abhorrence. Therefore, everything in a Muslim’s life submits to and are gauged against these five jurisprudentially rulings, such that whatever comes to one ‘s mind always has a jurisprudential verdict in Islam.

The comprehensiveness of this religious jurisprudential ruling is clear because:

A. Islam includes the Jurisprudence of belief, such as faith in Allah and faith in the Last Day and Judgement.

B. It includes the Jurisprudence of morality, such as honesty and forbidden lie.

C. It includes the jurisprudential ruling of man’s relationship with his Lord, such as prayer and fasting.

D. It includes the regulations of man’s relationship with each other, such as the jurisprudential ruling of the family including the manner of dealing with them.

The effect of this comprehensiveness is reflected in a Muslim’s life because he is always in touch with Allah in all his undertakings. He is connected with Allah in his worship, his relationship with others and his children, his eating, his companionship with his wife, his livelihood and many others of such respect, affirming that this religion concludes and evaluates all these things.

Another one of Islam’s excellent aspects is its generality or applicability to all human beings. It was not sent solely to a specific group or special race. Almighty Allah Says (what means): "And We have not sent you except comprehensively to mankind as a bringer of good tidings and a warner…" [Quran: 34:28]. "Say, (O Muhammad), 'O mankind! Indeed I am the Messenger of Allah to you all…'" [Quran: 7:158]

Its suitability at any given time and place is permanent and unchangeable. Unlike the previous divine laws that catered only to a specific period and to a specific group or race.

One might ask: "Why is it that divine laws were not continued in its revelation till the Day of Judgment?"

The answer is that the revelation of these divine laws is not a kind of futility but rather wisdom in order to complete a previous divine law or to meet a specific need for a given specific group. However, Almighty Allah has sent completely and perfectly the Islamic message when the sequence and series of divine messages already nurtured the human beings. Such an Islamic message filled the gaps and completed the previous revelations as well as confirmed the virtues inherent of the previous divine messages. Almighty Allah has provided Islamic messages with continuous characteristics and fulfillment of human needs till the Day of Judgment, demonstrating in effect one of Almighty Allah’s wisdoms.

The Almighty Allah Says (what means): "This day I have perfected for you your religion, and completed My favour upon you, and have approved for you Islam as religion." [Quran: 5:3]

4.     Islam sets up rewards as well as punishment for our deeds.

The jurisprudential rulings of Islam are not just abstract pieces of advice or instructions that have no bearing for reward or punishment. On the contrary, it offers good reward for the obedient ones and punishment for the transgressors and violators of its law. Moreover, there are inherent degrees of reward and punishment in it. It is common knowledge that the punishment and rewards are meted out in the Last Day of Judgement but in some cases, the earthly penalty shares in the Day of Judgement’s penalty by applying punishment to the people who violate the jurisprudential rulings of Islam in such cases as murder, theft and adultery.

This special feature of punishment and reward for deeds obliges Muslims to submit willfully, whether in secret or open, to the jurisprudential rulings of Islam. Muslims obey this for fear of Almighty Allah’s punishment because even if one could escape from his sins in this life, the reality that everyone will be brought before Allah on the Day of Judgement for a fair and decent trial will always hold true in the end.

Therefore, Muslims avoid the forbidden deeds not only because of respect to and shame from Allah, but also out of fear for Allah’s punishment on the Day of Judgement. Allah Says (what means): " The Day every soul will find what it has done of good present (before it) and what it has done of evil, it will wish between itself and that (evil) was a great distance…" [Quran: 3:30].

So Muslims may escape from people that they have wronged while in this life, but they will always be held accountable for it causing them to fear Allah’s punishment on the Day of Judgement.

proclaiming he had committed adultery finally asking for purification.

Islam hones and gears people for perfection, granting their needs, not ignoring them. This Islamic feature promotes mankind with due consciousness of his nature, reality, interest and desire.

In general, there is moderation more than exaggeration or excessiveness, but it still gives and satisfies each one with his needs.

This is best exemplified when Islam orders Muslims to pay charity or Zakat ("poor due") and at the same time it cautions man against his human instinct of cherishing money to the point of getting enslaved to it.

Almighty Allah Says (what means): "And (they are) those who, when they spend, do so not excessively or sparingly but are ever, between that, (justly) moderate." [Quran: 25:67]. "And let not your hand be tied (like a miser) to your neck nor stretch it forth to its utmost reach (like a spendthrift)". [Quran: 17:29] For instance, it is forbidden to follow one’s desire by eating prohibited things or having illegal sexual intercourse. On the other hand, it is also forbidden to torture oneself by barring this natural need by fulfilling them in an allowed manner. So moderation must be there all the time.

Three people came to the Prophet

heard them, he denied their deeds and said: "But I fast, break my fast, sleep and wake up (part of night for worshipping) and marry women - the one who refuses my Sunnah (recommended deeds) is not one of my followers."

Also, the jurisprudential ruling of Islam is practical. It has nothing impossible or hard to do because it is not abstract ideals but rather one that takes care of man’s desires needs and the reality of his life. In this respect, Islam nurtures moulds, guides and polishes man without necessarily forgetting and renouncing his earthly whims and caprices.

Almighty Allah Says (what means): "And eat of what Allah has provided for you [which is] lawful and good. And fear Allah, in whom you are believers." [Quran: 5:88]. Also: "…Eat and drink but be not excessive…" [Quran: 7:31]. And: "O you who have believed, do not prohibit the good things which Allah has made lawful to you and do not transgress…" [Quran: 5:87].

We all know that Islam is the truth, but until and unless we realize all its merits, coupled of course with God’s guidance and enlightenment, we will never be sure if we will always live with or die for it, considering the proliferation of various other religions around us.