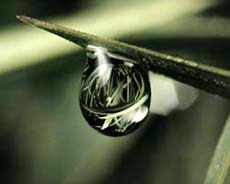 One of the most important aspects of a Muslim's life is to have high moral standards. Since the beginning of Islam, Prophet Muhammad

was mainly concerned with teaching and disciplining Muslims to have the best manners and personal characteristics. His personal life and behaviour were reflective of his teachings, which were revealed to him by Allah. In the Noble Quran, Allah describes Prophet Muhammad

The Prophet's high standard of manners made him a model for all Muslims to follow. The Prophet

used to emphasise how important good manners are for Muslims. He

has said: “The best of you is the best among you in conduct.” [Al-Bukhari and Muslim]

In another authentic narration, the Prophet

mentioned that: “The heaviest thing to be placed in the balance of a believing slave on the Day of Judgement will be good behaviour. And Allah hates the one who uses bad language.” [Al-Bayhaqi]

Someone once asked the Prophet

what deed would lead a man to paradise, and he

In other narrations the Prophet

made distinctions among Muslims based on their behaviour; the Prophet

said: “The most perfect man in his faith, among the believers, is the one whose behaviour is the most excellent; and the best of you are those who are the best to their wives.” [Ahmad]

He even clarified that people will be on different levels in based on their good manners saying: “The dearest and nearest among you to me on the Day of Resurrection will be the one who is the best in conduct…” [Ibn An-Najjaar]

Now we shall talk about ethics in Islam, and how it is different from other ethical systems today.

Unlike other systems, the ethical system in Islam derives from a divine source. This divine source is the revelation from Allah. Therefore, this system cannot be changed, or manipulated to fit our desires. It applies regardless of time or place. This system has not been changed for thousands of years, it cannot be changed today, and it will never change until the Day of Judgement. No one has the authority to change or alter this system, even if the whole world wants to do so. What was considered good morals in the past will remain as good morals throughout time.

What was considered as bad morals in the past will also remain so forever, even if society accepts it as a norm. The system of ethics is not affected by cultural norms, because Allah is the One who determines what is acceptable and what is not.

The Noble Quran is very detailed and clearly mentions the significance of good manners, just like it mentions the importance of belief, worship, and all our daily affairs.

The Noble Quran goes as far as to teach us the way that we should walk. Allah Says (what means): “And, be moderate in your walking…” [Quran: 31:19] Allah also Says (what means): “And the servants of the Most Merciful are those who walk upon the earth in modesty, and when the ignorant address them [harshly], they say [words of] peace.” [Quran, 25:63]

The Noble Quran even tells us the proper etiquette of visiting one another. Allah Says (what means):  “O you who have believed! Do not enter houses other than your own houses until you ascertain welcome and greet their inhabitants. That is best for you; perhaps you will be reminded [i.e., advised].” [Quran, 24:27]

The Quran also teaches us the way we should behave in a gathering, Allah Says (what means):  “O you who have believed! When you are told: 'Space yourselves' in assemblies, then make space; Allah will make space for you…” [Quran, 58:11]

we would find that there are many lessons to learn when eating, drinking, dressing, sleeping, travelling, greeting, taking permission, even sneezing, yawning and other seemingly trivial acts.

Unlike other ethical systems, Islam's moral system is a very detailed and complete package. Islam addresses every aspect of human life, no matter how minor. It is a complete package - it does not lack anything that needs to be completed nor does it have any defects that need to be amended.

The Islamic religion guides our morals that deal with the individual, the community, and Muslims and non-Muslims alike. It also guides us on how to deal with rulers and how to honor and respect scholars. Islam even directs us on how to act during times of peace and war.

It goes as far as guiding us on the treatment of animals. Prophet Muhammad

said: “Fear Allah when you treat the animals: take care of them, keep them in good health whether you ride on them or are raising them for their meat.” [Ahmad]

In another narration, Prophet, Muhammad

said: “…when you slaughter an animal, make your slaughter in the best manner. Let one of you sharpen his knife and give ease to the animal (in order to reduce the pain).” [Muslim]

The Companions once asked the Prophet

No other ethical system can match Islam's one. Only Allah, with His great wisdom, could have made such a system that teaches humans how to deal with every aspect of their lives. This is because Islam is not a man made system; it is the religion of Allah. He made it complete and integrated. No man has, can or ever will come up with a system that is so perfect. If you want a successful and happy life, then simply apply Islam to it, and you will have wonderful results.