Islam: the perfect religion and way of life for all 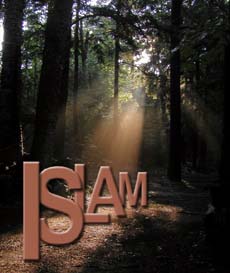 It is imperative that we strive to know Islam. Allah’s  Messenger

(may Allah exalt his mention) who was sent to the whole mankind, encouraged us to acquire knowledge of Islam in order to comprehend it.      Abu Hurayrah, may Allah be pleased with him, narrated that the Prophet

said:   “Those who were the best in the pre-lslamic period of ignorance will be the best in Islam  provided   they comprehend the religious knowledge.” [Al-Bukhari and Muslim]

‘Abdur Rahmaan bin Abi Bakrah, may Allah be pleased with him, narrated on the authority of his  father  that   the  Prophet,   sallallaahu  ‘alayhi  wa sallam,  said: “If   Allah wants to do good to a person, he makes him comprehend the religion; and of course knowledge is attained by learning.” [Al-Bukhari] Mu‘aawiyah bin Abi Sufyaan, may Allah be pleased with him,  narrated that Allah’s Messenger

said: “Goodness is a (natural) habit while the evil is a stubbornness. To whomsoever Allah wills to show goodness, He favors him with the understanding in the Religion.” [Ibn Maajah]

) we learn that Islam is easy to follow and the perfect  religion and complete way of life for the entire humankind.  We read in the Quran and the Ahadeeth the following unique features of Islam:

The Quran says (what means): “But whoever believes and works righteousness he shall have a goodly reward and easy  will  be his task as We order it  by  Our  command.”   [Quran 18:88]

Abu Hurayrah, may Allah be pleased with him, narrated that the Prophet, sallallaahu  ‘alayhi wa sallam said: “Religion (Islam) is very easy and whoever overburdens himself in his religion will not be able to continue in that way.   So you should not be extremists, but  try to  be  near to perfection and receive the good  tidings   that you will be rewarded; and gain strength by offering the prayers in the mornings, afternoons and   during  the  last   hours   of the nights.”     [Al-Bukhari]

Anas bin Maalik, may Allah be pleased with him,   narrated   that the Prophet

said: "Make things easy for the people, and do not make it difficult for them, and make them calm (with glad tidings) and do not repulse (them).” [Al-Bukhari]

“…He it is Who has sent unto you the Book, explained in detail. They know full well, to whom We have given the Book, that it has been sent down from your Rabb in truth. Never be then of those who doubt.” [Quran 6: 114]

For We had certainly sent unto them a Book based on knowledge, which We explained  in detail --  a guide and a mercy to all who believe.”     [Quran 7: 52]

“…(This is ) a Book with verses basic or fundamental (of established meaning) -- further explained in detail -- from One Who is Wise and Well-Acquainted (with all things).” [Quran 11: 1]

“...This day have I perfected your religion for you, completed My favor upon you, and have chosen   for you Islam as your religion.”     [Quran 5: 3]

As the  perfect religion, Islam teaches humankind how to attain success in the most perfect way.  The following are some of the Ahadeeth that serve as a source of enlightenment and guidance to those who desire perfection.

Abu Hurayrah, may Allah be pleased with him, narrated that the Prophet, sallallaahu  ‘alayhi wa sallam,  said: "Goodness and comfort are for him who worships his Rabb in a perfect manner and serves his master sincerely.”  [Al-Bukhari]

Ibn ‘Umar, may Allah be pleased with him, narrated that Allah’s Messenger

said: "If a slave is honest and faithful to his master and worships his Lord in a perfect manner, he will get a double reward.” [Al-Bukhari]

Abu Hurayrah, may Allah be pleased with him,  narrated that the Prophet

said: "Whoever believes in Allah and His Messenger, offers prayers perfectly and fasts (the month of) Ramadan then it is incumbent upon Allah to admit him into Paradise, whether he emigrates for Allah’s cause or stays in the land where he was born.” They (the companions of the Prophet,

) said: "O Allah’s Messenger, sallallaahu  ‘alayhi wa sallam! Should we not inform the people of that?" He said: "There are one-hundred degrees in which Allah has prepared for those who carry on Jihaad in His Cause. The distance between every two degrees is like the distance between the sky and the Earth.  So if you ask Allah for anything, ask Him for the Firdaws, for it is the last part of Paradise and the highest part of Paradise, and at its top there is the Throne of The Beneficent, and from it gush forth the rivers of Paradise.”  [Al-Bukhari]

said: "No, by Him in Whose Hand my soul is, (you will not have complete or perfect faith) till I am dearer to you than your own self.” Then 'Umar said to him: "However, now, by Allah, you are dearer to me than my own self.” The Prophet,  sallallaahu  ‘alayhi wa sallam, said: "Now, O 'Umar, you are a believer.”  [Al-Bukhari]

said: “The most perfect believer in respect of faith is he who is best of them in manners.”  [Abu Daawood]

Abu Humamah, may Allah be pleased with him,   narrated that the Prophet

Abu Hurayrah, may Allah be pleased with him,   narrated that the Prophet

said:  “Among the Muslims the most perfect, as regards his faith, is the one whose character is excellent, and the best among you are those who treat their wives well.”  [At-Tirmithi  and Abu Daawood]

‘Aa’ishah, may Allah be pleased with her,  narrated that Allah’s Messenger, sallallaahu  ‘alayhi wa sallam, said: "Among the believers who show most perfect faith are those who have the best disposition, and are kindest to their families.”  [At-Tirmithi]

All the above Prophetic teachings in addition to the Quranic Ayaat (verses) quoted earlier, clearly tell us that indeed, Islam is the perfect religion and hence the best way of life for all.  Islam as a universal religion is Allah’s Blessing and Mercy  for all of us.   It is for us to obey it and be successful in the eternal world to come.  The best way to attain success through Islam is to learn about the religion according to its authentic sources.  That is, to acquire knowledge of Islam  through the Quran and the Sunnah and the right deductions from these revealed sources of knowledge and guidance.

Since Allah Almighty is the One Who gives guidance, earnestly ask Him for authentic Islamic knowledge.  We must seek His help and guidance to be able to apply such knowledge and share them with others – all for His Pleasure.

May our Cherisher and Sustainer increase our knowledge of Islam and grant us the best life -- of being true Muslims forever.  Aameen.