The purpose of creation – II 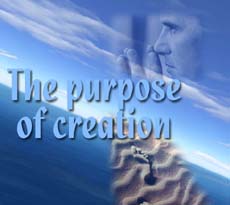 The meaning of worship

To understand why human beings need to worship God, one must first understand what is meant by the term 'worship.' The English term 'worship' comes from the old English 'weorthescipe' meaning 'honor'. Consequently, worship in the English language is defined as ‘the performance of devotional acts in honor of a deity’. According to this meaning, man is instructed to show gratitude to God by glorifying Him.

In Chapter An-Nasr of the final revelation, Allah Says (what means): "Glorify the praises of your Lord." [Quran 110 : 3]. In glorifying God, man chooses to be in harmony with the rest of the creation, which naturally glorifies its Creator. Allah addresses this phenomenon in many chapters of the Quran. For example, in chapter Al-Israa, Allah states (what means): "The seven heavens and the earth and whatever is in them glorify Him and there is nothing which does not glorify His praise. However, you do not understand their glorification." [Quran 17: 44]

However, in Arabic, the language of the final revelation, worship is called ‘`Ibaadah’, which is closely related to the noun ‘`Abd’, meaning ‘a slave.’ A slave is one who is expected to do whatever his master wills.

Consequently, worship, according to the final revelation, means 'obedient submission to the will of God.' This was the essence of the message of all the prophets sent by God to humankind. For example, this understanding of worship was emphatically expressed by Prophet ‘Eesaa (Jesus), may Allah exalt his mention,  in the Gospel according to Matthew, 7 : 21: "None of those who call me 'Lord' will enter the kingdom of God, but only the one who does the will of my Father in heaven."

It should be noted that 'will' in this quote means 'what God wants human beings to do' and not 'what God permits humans to do', because nothing happens in creation without the will (permission) of God. The 'Will of God' is contained in the divinely revealed laws, which the prophets, may Allah exalt their mention, taught their followers. Consequently, obedience to divine law is the foundation of worship. In this sense, glorification also becomes worship when humans choose to obey God's instructions regarding His glorification.

The need for worship

’Eesaa (Jesus, the Messiah), may Allah exalt his mention, was reported in the Gospel according to Matthew to have made obedience to the divine laws the key to paradise: Now behold, one came and said to him: "Good teacher, what good thing shall I do that I may have eternal life?" So he said to him: "Why do you call me good? No one is good but One that is, God. But if you want to enter into life, keep the commandments."

Also in Matthew 5:19, ‘Eesaa (Jesus), may Allah exalt his mention, was reported to have insisted on strict obedience to the commandments, saying: "Whoever therefore breaks one of the least of these commandments, and teaches men so, shall be called least in the kingdom of heaven"

Divine laws represent guidance for humankind in all walks of life. They define right and wrong for them and offer human beings a complete system governing all of their affairs. The Creator alone knows best what is beneficial for His creation and what is not. The divine laws command and prohibit various acts and substances to protect the human spirit, the human body and human society from harm. In order for human beings to fulfill their potential by living righteous lives, they need to worship God through obedience to His commandments.

All of the various acts of worship contained in the divine laws are designed to help humans remember God. It is natural for human beings to sometimes forget even the most important things. Humans often become so engrossed in fulfilling their material needs that they totally forget their spiritual needs.

Regular prayer is ordained to organize the day of the true believer around the remembrance of God. It interweaves spiritual needs with material needs on a daily basis. The regular daily need to eat, work and sleep is linked to the daily need to renew man's connection with God. With regard to regular prayer, Allah states in the final revelation, Chapter Taa Haa (what means): "Verily, I am Allah, there is no god beside Me, so worship Me and establish regular prayer for My remembrance." [Quran 20:14]

Regarding fasting, Allah stated in Chapter Al-Baqarah (what means): "O you who believe! Fasting has been prescribed for you as it was prescribed for those before you that you may become God-conscious." [Quran 2:183]

Remembrance of God is stressed because sin is generally committed when God is forgotten. The forces of evil operate most freely when consciousness of God is lost. Consequently, the satanic forces seek to occupy people's minds with irrelevant thoughts and desires to make them forget God. Once God is forgotten, people willingly join the corrupt elements. The final revelation, the Quran, addresses this phenomenon in Chapter Al-Mujaadalah as follows (which means): "Satan got the better of them and caused them to forget Allah. Those are the party of Satan. Truly the party of Satan are the real losers" [Quran 58:19]

God, through divine law, has prohibited intoxicants and gambling primarily because they cause human beings to forget God. The human mind and body easily become addicted to drugs and games of chance. Once addicted, humankind's desire to continually be stimulated by them leads them into all forms of corruption and violence among themselves. Allah Says in Chapter Al-Maa'idah of the final revelation (what means): "Satan's plan is to incite enmity and hatred among you with intoxicants and gambling, and hinder you from the remembrance of Allah and regular prayer. Will you not then abstain?" [Quran 5 : 91]

Consequently, humankind needs to remember God for their own salvation and growth. All humans have times of weakness in which they commit sins. If they have no means of remembering God, they sink deeper and deeper into corruption with every sin. However, those who follow the divine laws will be constantly reminded of God, which will give them a chance to repent and correct themselves. The final revelation accurately describes this process in Chapter Aal 'Imraan (what means):
" Those who, having done something shameful or having wronged their own souls, remember Allah and immediately ask forgiveness for their sins…" [Quran 3:135]

The religion of Islam

The most complete system of worship available to human beings today is the system found in the religion of Islam. The very name 'Islam' means 'submission to the will of God.' Although it is commonly referred to as ‘the third of the three monotheistic faiths,' it is not a new religion at all. It is the religion brought by all of the prophets of God, may Allah exalt their mention, for humankind. Islam was the religion of Aadam (Adam), Ibraaheem (Abraham), Moosaa (Moses) and ‘Eesaa (Jesus), may Allah exalt their mention.

God addresses this issue in the final revelation with regard to Prophet Abraham, may Allah exalt his mention, saying (what means): "Abraham was neither a Jew nor a Christian, but he was an upright Muslim who did not worship others besides God." [Quran 3 : 67]

Since there is only One God and humankind are one species, the religion, which God has ordained for human beings, is one. He did not prescribe one religion for the Jews, another for Indians, yet another for Europeans, etc. Human spiritual and social needs are uniform, and human nature has not changed since the first man and woman were created. Consequently, no other religion is acceptable to God besides Islam, as He clearly states in Chapter Aal 'Imraan of the final revelation (what means): "Surely Allah's religion is Islam." [Quran 3:19]

And (what means): "And whoever desires a religion besides Islam will not have it accepted, and he will be among the losers in the Hereafter." [Quran 3:85]

The purpose of creation -I