The role of reptiles in the origin of mammals 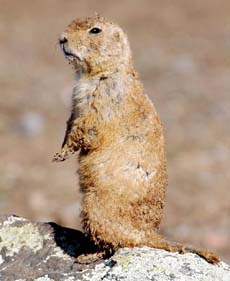 The hypothetical claim of such widely differing species developing from one into the other needs some serious explaining. For instance, how can the cold-blooded metabolism of a reptile change over time into a warm-blooded one, which produces and regulates its own body heat? How is it that creatures laying eggs can develop a complex life-supporting placenta and begin to give birth to their young? Or how can it be that the hard, scaly skin of a reptile can become a furred one? Most importantly, how can the transitory forms sustain their species and survive this imaginary gradual transition?

The chances of survival of a creature that is half-warm half cold-blooded, laying eggs as well as producing a placenta, having scales as well as fur is negligible. Nevertheless, evolutionists believe that such creatures existed in the past and continue to stubbornly defend the claim that mammals evolved, even though they cannot find any scientific evidence for it. The only thing they can do is to tell tales, paint impressive pictures from the imagination and neatly line up the excavated fossils, thereby trying to prove this imaginary transition.

The theory of evolution proposes that some imaginary creatures came out of the sea and transformed into reptiles, then birds were formed by the evolution of reptiles. According to the same scenario, reptiles are the ancestors not only of birds but also of mammals.

Evolutionists claim that the reptilian jaw and middle ear evolved gradually into the mammalian jaw and ear. Yet, the question of how this change occurred remains unanswered. In particular, the question of how an ear with a single bone evolved into an ear with three bones and how the process of hearing kept on functioning in the meantime can never be explained. Not surprisingly, not a single fossil to link reptiles and mammals is to be found. This is why evolutionist paleontologist Roger Levin was forced to say that: “the transition to the first mammals, which probably happened in just one or, at most two lineages, is still an enigma.”

Evolutionist zoologist R. Eric Lombard makes this point in an article that appeared in Evolution magazine:

"Those searching for specific information useful in constructing phylogenies of mammalian taxa will be disappointed."

Contrary to the “ape man” story imposed on the masses thanks to the intense media propaganda, man also emerged on earth suddenly and fully formed.