The caliphate of Abu Bakr -I 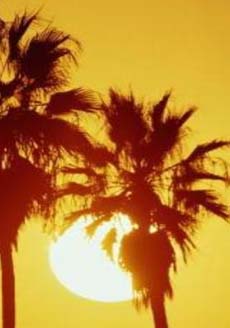 Abu Bakr, may Allah be pleased with him, became the Caliph on CE and he died on CE. The period of his Caliphate covers two years, two months and fifteen days only. Judged by the usual standards, this period was too short to make an impact on history. However, the Caliphate of Abu Bakr, may Allah be pleased with him, did not merely make an impact on history; it changed the very course of history. The suppression of apostasy, the unification of Arabia, and the conquests of greater parts of and within the space of two years are the extraordinary marvels that took place during his Caliphate. The speed, magnitude, extent and permanence of these campaigns excite our wonder and evoke our admiration. For these achievements, Abu Bakr, may Allah be pleased with him, holds a unique position in the history of the world in general and the history of Islam in particular.

Abu Bakr, may Allah be pleased with him, came to power in the midst of a critical situation. The crises that he was called upon to encounter, were multi-dimensional – being psychological, religious, political and international. The Islamic State apparently stood at the brink of a precipice, and any wrong step on the part of Abu Bakr, may Allah be pleased with him,  at that stage, could have led to chaos. Abu Bakr not only averted possible disintegration, but also made Islam a world force, which could successfully contend against the giant empires of and .

The historic role of Abu Bakr comprises the following achievements:

·       The compilation of the glorious Quran

The War of Apostasy

There were four main causes for this war:

First, because of the dispute regarding the Caliphate between the Makkan emigrants (Muhaajireen) and the Prophet's supporters in Al-Madeenah (Ansaar), various tribes favored separatism. "Why should the Caliph be from Makkah or Al-Madeenah and not from among us?" they asked.

(may Allah exalt his mention) collected the Zakat, which the various tribes used to send to Al-Madeenah. As the Prophet,

, had died, they claimed that there was no reason for them to send it there. Besides, the Prophet,

, had often agreed to local alms distribution; so why should they send their contributions away?

Third, as the wars indicated, some of the uncivilized Bedouins had not genuinely converted to Islam; they had adopted it because they admired a man who could challenge the two greatest empires of their time. As soon as he,

, died, his effect on them faded away and they turned away from Islam.

Fourth, the influence of the Romans from the north and the Persians and Abyssinians from the east and the south, encouraged the distant tribes to adopt their own religions and beliefs.

Abu Bakr, may Allah be pleased with him, faced the crises with strong determination that knew no wavering. He summoned all his combat forces to Thil-Qassah (the name of a place), where he arranged them into eleven different armies, each headed by an appointed commander. The number and commander of each army were well chosen for the exact commission of each particular army, and the enemy to be confronted.

Compilation of the Glorious Quran

A large number of Muslims were killed in the war of apostasy, among whom were many of those known for memorizing the Quran. ’Umar bin al Khattaab, may Allah be pleased with him,  whose brother Zayd, may Allah be pleased with him, was among the dead, thought deeply of what might happen if more such people were killed in further confrontations. He reached the conclusion that if the Quran was to be preserved, it ought to be compiled into one volume. At that time, it was scattered among the companions of the Prophet,

with each preserving a part of it. Methods of preservation differed -- some had it written on parchment; others on palm branches stripped of leaves; a third group on shoulder bones of animals; and a fourth on stone tablets; a large number had also learnt it by heart. If many of those who had memorized it were killed, then a part of the Holy Book might disappear. So ‘Umar, may Allah be pleased with him, went to the Caliph, who was then sitting in the mosque of the Prophet,

. He discussed his idea with him, but Abu Bakr, may Allah be pleased with him, rejected it because it had not been approved by the Prophet,

He called for Zayd bin Thaabit, may Allah be pleased with him, a youth of perfect character, and commissioned him to compile the Quran into one volume. At first Zayd objected for the same reason, which had made Abu Bakr, may Allah be pleased with him, protest. Then he agreed, but felt that the commission was an extremely difficult task. He had to collect every verse and every chapter from those who owned them, and then classify them in the order, which was prescribed by the Prophet,

The compilation of the Quran during the Caliphate of Abu Bakr, may Allah be pleased with him, is regarded by many people as his most significant achievement -- even more significant than the war of apostasy and the conquests of ' and . `Ali bin Abi Taalib, may Allah have pleased with him, used to say: "May Allah have mercy upon Abu Bakr! He is worthy of being superbly rewarded, because he was unique in compiling the Quran."

The Muslim Conquest of Syria, by: David Nicole