Advise with Sincerity and Kindness 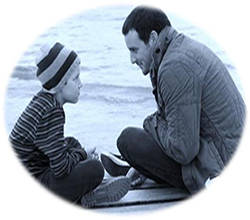 The one who invites others to Allah is from the closest people to Allah our Lord. In addition, Muslims collectively agree on the importance of propagating Islam and inviting people to Allah, and many talk about it being mandatory upon Muslims, and we agree with them, that it is an obligation, to enjoy that which is good and forbid that which is evil and to spread chastity and fight immorality and educate people and remind them and advise them.

Therefore, there is no doubt that one who invites to Allah is a chosen one, and form the best of his creatures. He loved Allah, responded to Him and invited to Him so in return Allah loved him. That is why Allah Says in a short statement and made it very clear (what means): “And who is better in speech then he who invites to Allah, meaning, Islamic monotheism and does righteous deeds and says; `I am one of the Muslims`” [Quran 41:33].

To attain the level of this rank, it is necessary for the Muslim missionary or propagator who is seeking the reward from Allah to be mindful of the following issues in order for the mission to be fruitful:

1) Being sincere in the objective and intention: Sincerity is the foremost of all deeds and certainly the most important of them all; it is the foundation for all other deeds; it is the essence of Islam and the one of the principal matters that the prophets called their people to. Allah Says (what means): “And they [i.e. the People of the Scripture] were not commanded except to worship Allah, [being] sincere to Him in religion, inclining to truth, and to establish prayer and to give Zakah. And that is the correct religion.” [Quran 98:5]

Sincerity is the essence of worship; Imaam Ibn Hazm

said: “The relationship between sincerity and deeds is like that between the soul and the body.”

Those who fulfil Islamic monotheism are also referred to as the sincere, and its Islamic definition is as Imaam Ibn Al-Qayyim

said: “…To have only (the pleasure of) Allah in one's intention whilst performing acts of obedience.”

said: “Deeds are but with intentions.” This is one of the most important prophetic narrations from amongst all that the Prophet

On the other hand, those who perform deeds in order to be seen by others are dispraised by Allah and are promised punishment, as Allah Says (what means): “Whoever desires the life of this world and its adornments – We fully repay them for their deeds therein, and they therein will not be deprived. Those are the ones for whom there is not in the Hereafter but the Fire.” [Quran 11:15-16]

Therefore, the Muslim propagator or missionary does not call to gain a personal benefit for himself, his people, his tribe or group. Otherwise he will have no reward.

2) Being kind whilst calling people: Using the proper means leading to the achievement of the objective is achieved by one following the way of the Prophet

Saying (what means): “Invite to the way of your Lord with wisdom and fair preaching and argue with them in a way that is better”. [Quran 16:125]. Some of the people who are invited to the way of Allah are good in nature, if they recognize the truth they stick to it. They are thirsty and eager, and as soon as one shows them the truth, they hasten to it. Such a person is to be invited with wisdom.

Regarding the method of calling people, Allah Says in the above verse (which means): “Invite to the way of your Lord with wisdom and good instruction, and argue with them in a way that is best…” [Quran 16:125] Thus, one should not be aggressive and harsh in the way he calls people to Islam; rather he should use words that would soften their hearts, so that they would yield to his instructions and pay heed to his words. Allah commands us to be this way, even with the disbelievers, when He says (what means): “And do not argue with the People of the Scripture except in a way that is best, except for those who commit injustice among them…” [Quran 29: 46]

In our era, such wisdom, soft words and kindness when calling to the path of Allah are especially important. This is of course required in all situations, but in a period in which ignorance and submitting to desires has overwhelmed the masses, it becomes all the more essential. Once, a scholar entered into the presence of an ‘Abbaasi caliph and said: “I am going to admonish you in a harsh manner, so listen.” Upon hearing this, the caliph said: “O brother! Be gentle, for I am not worse than Pharaoh, and you are not better than Moosaa whom Allah addressed along with his brother, Haaroon, Saying (what means): “And speak to him [i.e., Pharaoh] with gentle speech that perhaps he may be reminded or fear [Allah].” [Quran 20: 44]

said: “He who is deprived of gentleness and forbearance is deprived from a great deal of goodness.” `Aa’ishah, may Allah be pleased with her, reported that the Prophet

said: “Whenever forbearance is added to something, it adorns it; and whenever it is withdrawn from something, it leaves it defective.” [Muslim].