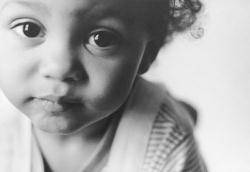 According to the Sharee'ah (Islamic law), there is no legal adoption. It is prohibited for a person to legally adopt a son or a daughter of whom he is not the biological father. If a person adopts a son or daughter, the Sharee'ah will not confer on the adopted person the status or rights of a biological son or daughter. According to the Quran, one cannot become a person's real son merely by virtue of a declaration; Allah Says (what means): "...And He [i.e., Allah] has not made your claimed [i.e., adopted] sons your [true] sons. That is [merely] your saying by your mouths, but Allah says the truth, and He guides to the [right] way. Call them [i.e., the adopted children] by [the names of] their fathers; it is more just in the sight of Allah. But if you do not know their fathers, they are your brothers in religion…" [Quran 33: 4-5]

This shows that the declaration of adoption does not change realities, alter facts, or make a stranger a relative, or an adopted child a son or daughter. A mere verbal expression or figure of speech cannot make the blood of a man run through the veins of the adopted child, produce natural feelings of affection found in normal parent-child relationships, or transfer the genetic characteristics, or physical, mental, or psychological traits.

Justice is Respect for Others

The central notion of justice in the Sharee'ah is based on mutual respect of one human being for another. The just society in Islam means the society that secures and maintains respect for people and their rights through various social arrangements that are in the common interest and welfare of the general public. Islam views adoption as a falsification of the natural order of society and reality. The prohibition of legal adoption in Islam was ordained to protect the rights of the adopted, adopter, biological parents, other individuals affected by the adoption, and society as a whole.

The child is an extension of his father and the bearer of his characteristics. He takes his name and increases his progeny. Likewise, the child in Islam also has the equally inalienable right to legitimacy. The principle of legitimacy holds that every child shall have a father and one father only. This is why Allah has ordained marriage and has forbidden adultery, so that paternity may be established without doubt or ambiguity and that the child may be referred to his father, and the father to his sons and daughters. Hence, adoption cannot be used in Islam to hide the illegitimacy or the paternity of the child.

By adopting someone's child as one's own, the rightful and deserving heirs to the property of a man are deprived of their shares. Hence, Islam has made it Haraam (forbidden) for a father to deprive his natural children of inheritance. Allah has established the distribution of inheritance in order to give each eligible person his or her share. In matters of inheritance, the Quran does not recognise any claim except those based on relationship through blood and marriage. The Quran stipulates (what means): "And those who believed after [the initial emigration] and emigrated and fought with you – they are of you. But those of [blood] relationship are more entitled [to inheritance] in the decree of Allah. Indeed, Allah is knowing of all things." [Quran 8:75]

Taking a stranger into the family as one of its members and allowing him to be in privacy with women who are non-mahram (i.e., non marriageable relatives) to him is a deception, for the adopter's wife is not the adopted son's real mother, nor is his daughter the boy's sister, nor is his sister the boy's aunt, since all of them are non-mahram to him and vice-versa for an adopted daughter. The Quran has, thus, declared that only the wives of one's real sons, and not the wives of any sons under one's care, are permanently forbidden in marriage. This is according to the verse (which means): "…The wives of your sons who are from your [own] loins…" [Quran 4:23]

Accordingly, it is permissible for a man to marry the divorced wife of any son under his care, since, in actuality, she has been the wife of a 'stranger' who was not related by blood. Also, when the adopted child's lineal identity or paternity is changed, it is quite possible that the adopted child may, unknowingly, enter into incestuous relationships by marrying close relatives of his natural parents; also, his marital chances may, in general, become subject to confusion.

If the adopted child were to receive a claim on the inheritance of the adopter, the real relatives may become rightfully angry feeling that the adopted child has received something that is not rightfully his, depriving them of their full inheritance. This could lead to quarrels, fights and the breaking of relations among relatives. Therefore, adoption is not conducive to family solidarity and overall harmony and peace, which are necessary for social stability.

Allowable Forms of 'Adoption' in Islam

This is a completely different form of adoption, which is not prohibited by Islam - that is, when a man brings home an orphan and wants to raise, educate, and treat him as his own child. In this case, he protects, feeds, clothes, teaches, and loves the child as his own without attributing the child to himself, nor does he give him or her the rights which the Sharee'ah (Islamic Law) reserves for his natural children. This is a meritorious and noteworthy act in Islam, and the man who does it will be rewarded by being admitted to . Prophet Muhammad

(may Allah exalt his mention) once said: "I and the one who raises an orphan, will be like these two in (and he pointed his middle and index fingers)"

A foundling or abandoned child is also regarded as an orphan, and one may apply the term 'wayfarer' to him as well. In this case too, as in that of orphans, the child's lineal identity must be unchanged and parenthood to the natural parents should not be denied. When the parents of such children are unknown, the children must be made brethren in faith; See [Quran: 33:4-5], as cited at the beginning of this article.

If a man is childless and wishes to benefit such a child (orphan or foundling) from his wealth, he may give him whatever he wants during his lifetime.

Islam safeguards lineage by prohibiting adultery and legal adoption. In the same way it forbids artificial insemination if the donor of the semen is other than the husband. Thus, Islam keeps the family line clearly and unambiguously defined without any foreign element entering into it. That is why Muslim scholars unanimously consider artificial insemination a despicable crime and a major great sin, to be classified in the same category as adultery.

It is a more serious crime and detestable offence than adoption, for the child born of such insemination incorporates in itself the result of adoption - the introduction of an alien element into the lineage in conjunction with the offence of adultery, which is abhorrent both to the divinely revealed laws and to upright human nature. By this action the human being is degraded to the level of an animal, which has no consciousness of the noble bonds of morality and lineage which exist among the members of a human society.