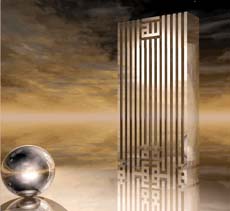 In one of the great prophetic narrations which included few, yet very comprehensive words, the Prophet

clarified one of the means for salvation, and a sign of the excellence of Islam. This narration gives the believing slave a tool by which to measure himself and realize how close or far he is from the straight path.

said: "It is from the excellence of (a believer's) Islam that he should shun that which is of no concern to him". [At-Tirmithi].

This narration contains many great meanings which a believer should understand and apply. It is one of the principles and foundations of good manners, and thus some scholars considered it to constitute one-third or one-fourth of the religion of Islam.

Imam Ibn Al-Qayyim, may AllaAh have mercy upon him, said: “The Prophet

summed all the aspects of piety and devoutness in this narration. He

outlined for the slave what to do and what to shun, and it is an indication to the first pillar of soul purification, namely, shunning what does not concern the person, which leads to the second pillar, and that is busying oneself essentially with what concerns him”

clarified that shunning that which does not concern the person is a means to attain excellence in religion. This means, that people, in reality, are of two categories, those who are excellent in Islam and those who are not. The one who applies Islam inwardly and outwardly is the one who has reached the level of excellence , as Allah Says (what means): “And who is better in religion than one who submits himself to Allah while being a doer of good and follows the religion of Abraham, inclining toward truth? And Allah took Abraham as an intimate friend.” [Quran: 4:125].

On the other hand, the one who does not apply Islam inwardly and outwardly is the one whose degree of commitment to Islam is low, and one of the signs of this in him is that he busies himself in that which does not concern him.

The following verse is proof substantiating the meaning of the narration, in which Allah Says (what means): “And they who turn away from ill speech” [Quran: 23:3]. “… ill speech” is anything from falsehood, and that includes association, other minor sins and all useless speech, actions and concerns. Furthermore, busing oneself with that which does not concern him is included in the definition of “ill speech”.

There are other prophetic narrations which highlight the virtue of excellence in religion, such as the narration of Abu Hurayrah

in which he reported that the Messenger of Allah

said: "When one of you reaches the level of excellence in faith, then every good deed is multiplied for him ten times up to seven hundred times; and each sin is recorded as only one, until he meets Allah” [Muslim].

The saying of the Prophet

: “… that which is of no concern to him" means, that which does not benefit him in his worldly life or the Hereafter, and this includes things that are prohibited, disliked, doubtful, and excess permissible matters which one does not really need.

The measure by which one knows whether something is of his concern or not, is Islamic teachings and not ones desires.

Many people decide to abandon enjoining good and forbidding evil under the pretext that this is interfering with people’s privacy and personal life. They would do so claiming that it is not a person’s concern to intervene in other people's affairs, basing their argument on an incorrect understanding of this very narration.

said: “O you people! You recite and misinterpret the following verse (which means): `O you who believe! Take care of your own selves. If you follow the (right) guidance [and enjoin what is right (Islamic Monotheism and all that Islam orders one to do) and forbid what is wrong (polytheism, disbelief and all that Islam has forbidden)] no hurt can come to you from those who are in error.` [Quran:5:105] But I have heard Messenger of Allah

saying: “When people see an oppressor but do not prevent him from (doing evil), it is likely that Allah will punish them all.”” [Abu Dawood and At-Tirmithi]

said: “Never that evil is committed and people do not prevent it, though able to do so, but Allah will overwhelm them with punishment”.

One other thing that one must concern himself with is the affairs of other believers and their issues, because he who does not worry about the affairs of his fellow Muslims is not one of them.

The need to understand this narration, its implications and applications intensifies in times like ours, when people’s commitments and personal obligations have increased and priorities are mixed up.

The implementation of this narration is the first practical step toward reforming oneself and those under his guardianship and care which leads to achieving excellence in religion. This happens by concentrating on that which is beneficial and staying away from all that is not ones concern.