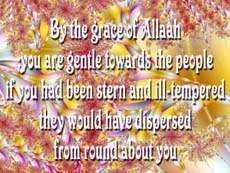 said: "Allah has sent me as an apostle so that I may demonstrate perfection of character, refinement of manners and loftiness of deportment." [Maalik and Ahmad]

remarked that he was not a good person but might be admitted. When he came in and while he remained in the house, he was shown full courtesy. When he left 'Aa'ishah, may Allah be pleased with her, said: "You did not think well of this man, but you treated him so well."

was always the first to greet another and would not withdraw his hand from a handshake till the other man withdrew his. If one wanted to say something in his ears, he would not turn away till one had finished as reported in the books of Abu Daawood and At-Tirmithi

. He did not like people to get up for him and used to say: "Let him, who likes people to stand up in his honor, he should seek a place in hell." [Abu Daawood].

. Quite frequently uncouth bedouins accosted him

in their own gruff and impolite manner but he never took offence. [Abu Daawood]

. 'Aa'ishah, may Allah be pleased with her, has stated: "He always joined in household work and would at times mend his clothes, repair his shoes and sweep the floor. He would milk, tether, and feed his animals and do the household shopping." [Al-Bukhari]

would not hesitate to do the menial work of others, particularly of orphans and widows [An-Nasaa'ee, Ad-Daarami]. Once when there was no male member in the house of the companion Khabaab Ibn Al-Arat, may Allah be pleased with him, who had gone to the battlefield, he used to go to his house daily and milk his cattle for the inhabitants [Ibn Saad]. 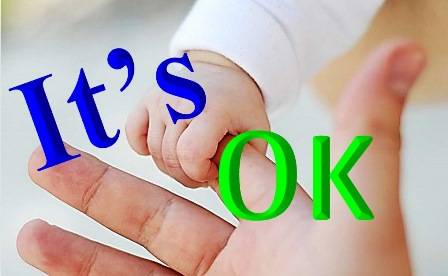