Knowledge in Islam and how to seek it 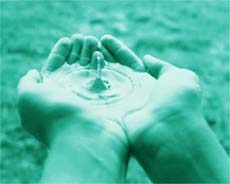 The importance of education is a none disputable matter. Education is the knowledge of putting one's potentials to maximum use. One can safely say that a human being is not in the proper sense till he/she is educated.

This importance of education is basically for two reasons. The first is that the training of a human mind is not complete without education. Education makes man a right thinker. It tells man how to think and how to make decision.

The second reason for the importance of education is that only through the attainment of education, man is enabled to receive information from the external world; to acquaint himself with past history and receive all necessary information regarding the present. Without education, man is as though in a closed room and with education he finds himself in a room with all its windows open towards the outside world.

This is why Islam attaches great importance to knowledge and education. When the Quran began to be revealed, the first word of its first verse was 'Iqra' that is, read. Allah says, (what means): "Read! In the Name of your Lord Who has created (all that exists). He has created man from a clot (a piece of thick coagulated blood). Read! And your Lord is the Most Generous. Who has taught (the writing) by the pen. He has taught man that which he knew not" [Quran, 96: 1-5]

Education is thus the starting point of every human activity. Allah created man and provided him with the tools for acquiring knowledge, namely hearing, sight and wisdom. Allah says (what means): "And Allah has brought you out from the wombs of your mothers while you know nothing. And He gave you hearing, sight, and hearts that you might give thanks (to Allah)" [Quran, 16:78]

A knowledgeable person is accorded great respect in many prophetic narrations.

Because of the importance of knowledge, Allah commanded His Messenger

made seeking knowledge an obligation upon every Muslim, and he

said that the scholars are the heirs of the Prophets and that the Prophets, may Allah exalt their mention did not leave behind any money, rather their inheritance was knowledge, so whoever acquires it has gained a great share. Furthermore, the Prophet

said that seeking knowledge is a way leading to . He

said: "Whoever follows a path in the pursuit of knowledge, Allah will make a path to easy for him." (Al-Bukhari)

For example the Quran repeatedly asks us to observe the earth and the heavens. This instills in man a desire to learn natural science as well. All the books of Hadeeth have a chapter on knowledge. In Saheeh Al-Bukhari there is a chapter entitled "The virtue of one who acquires learning and imparts that to others."

Islam calls us to learn all kinds of beneficial knowledge. Branches of knowledge vary in status, the highest of which is knowledge of Sharee'ah (Islamic Law), then other fields of knowledge, such as medicine, etc.

This is the knowledge (Sharee'ah) with which Allah honoured His Messenger

; He taught it to him

so that he might teach it to mankind: "Indeed, Allah conferred a great favour on the believers when He sent among them a Messenger (Muhammad) from among themselves, reciting unto them His Verses (the Quran), and purifying them (from sins by their following him), and instructing them (in) the Book (the Quran) and Al-Hikmah [the wisdom and the Sunnah of the Prophet (i.e. his legal ways, statements and acts of worship)], while before that they had been in manifest error" [Quran, 3:164]

How great importance is attached to learning in Islam, can be understood from an event in the life of the Prophet

. At the battle of Badr in which the Prophet

gained victory over his opponents, seventy people of the enemy rank were taken prisoner. These prisoners of war were literate people. In order to benefit from their education the Prophet

declared that if one prisoner teaches ten Muslims how to read and write, this will serve as his ransom and he will be set free. We can freely say that this was the first school in the history of Islam established by the Prophet

himself with all its teachers being non-Muslims. Furthermore, they were all war prisoners.

On the one hand Islam places great emphasis on learning, on the other, all those factors which are necessary to make progress in learning have been provided by Allah. One of these special factors is the freedom of research. One example of it is that in Makkah, the birthplace of the Prophet

dates were not grown. Afterwards the Prophet

migrated to Madeenah, the city of dates. One day the Prophet

saw that some people were atop the date trees busy in doing something. On being asked what they were engaged in, they replied that they were pollinating.

suggested them not to do so. The following year date yield was considerably very low. The Prophet

enquired them of the reason. They told him that the date crop depended on pollination. Since he

suggested them to do otherwise, they had refrained from that. The Prophet

then told them to go on doing as they used to, and that, "You know the worldly matters better than me."  (Al-Bukhari)

Knowledge brings a great reward. The one who points the way to something good is like the one who does it. When the knowledgeable person dies, his reward with Allah does not cease when he dies, rather it continues to increase so long as people benefit from his knowledge. The Prophet

said: "When a man dies, all his deeds come to an end except for three — an ongoing charity, beneficial knowledge or a righteous child who will pray for him." (Muslim)

On other side, a person without knowledge is like someone walking along a track in complete darkness. Most likely his steps will wander aside and Satan can easily deceive him. This shows that our greatest danger lies in our ignorance of Islamic teachings in the first place and in our unawareness of what the Quran teaches and what guidance has been given by the Prophet

On the other hand, if we are blessed with the light of knowledge we will be able to see plainly the clear path of Islam at every step of our lives. We shall also be able to identify and avoid the dangerous paths of disbelief, Shirk (associating with Allah) and immorality, which may cross it. And, whenever a false guide meets us on the way, a few words with him will quickly establish that he is not a guide who should be followed.

Knowledge is pursued and practiced with modesty and humility and leads to dignity, freedom and justice.

The main purpose of acquiring knowledge is to bring us closer to our Creator. It is not simply for the gratification of the mind or the senses. It is not knowledge for the sake of knowledge. Knowledge accordingly must be linked with values and goals.

One of the purposes of acquiring knowledge is to gain the good of this world, not to destroy it through wastage, arrogance and in the reckless pursuit of higher standards of material comfort.

said: "There are six stages to knowledge:

Sixthly- and it is its fruit: Acting upon the knowledge and keeping to its limits."

According to Quranic perspective, knowledge is a prerequisite for the creation of a just world in which authentic peace can prevail. In the case of country’s disorder or war the Quran emphasizes the importance of the pursuit of learning, Allah says (what means): "Nor should the believers all go forth together: if a contingent from every expedition remained behind, they could devote themselves to studies in religion, and admonish the people when they return to them - that thus they (may learn) to guard themselves (against evil)." [Quran, 19:122]