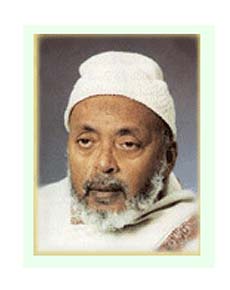 This is a group that emerged during the last quarter of the fourteenth century AH there emerged a group led by ‘Abdullaah al-Habashi, who moved from to , and he moved about in that region until he settled in , where he started to call people to his way. The number of his followers increased and his ideas – which are a mixture of the ideas of the Jahamiyyah [a group which misinterpreted the attributes of Allah], the Mu’tazilah [a philosophical group many of whose ideas differ from those of Ahlus-Sunnah], grave-worshippers and Sufis – began to spread. He supported his ideas by engaging in debates and printing books and leaflets which propagate them.

What has been written and published by this group show that some of their beliefs are as follows (this is not a complete list):

1. With regard to the issue of faith, they follow the school of thought of Al-Irjaa’ [those who believe that sin does not matter so long as one is a believer] which is condemned in Islam.

It is known that the belief of the Muslims, which was that followed by the Sahaabah, the Taabi’een and those who follow their path until the present day, is that faith is the matter of words spoken by the tongue, beliefs held in the heart and actions done by the body. Belief must be accompanied by submission to the laws of Islam, otherwise that so-called faith is not valid.

There are many reports from the Salaf (the righteous predecessors) which confirm this belief, for example the words of Imaam Ash-Shaafi'i may Allah have mercy on him: “Among the consensus of the Sahaabah and the Taabi’een and those who came after them, and those whom we have met, is that they say: faith is words, actions and intentions; one of these three will not be complete without the others.”

2. They allow seeking help from and seeking refuge with the dead, and praying to them instead of to Allah. This is major shirk according to the texts of the Quran and Sunnah, and the consensus of the Muslims. This shirk is the same as the religion of the earlier polytheists, such as the disbelievers of Quraysh and others, as Allah Says (what means):  "And they worship besides Allah things that harm them not, nor profit them, and they say: 'These are our intercessors with Allah'" [Quran 10:18]

Allah also Says (what means): “Verily, We have sent down the Book to you (O Muhammad) in truth. So worship Allah (Alone) by doing religious deeds sincerely for Allah’s sake only. Surely, the religion (i.e. the worship and the obedience) is for Allah only. And those who take Auliyaa’ (protectors, helpers, lords, gods) besides Him (say): ‘We worship them only that they may bring us near to Allah.’ Verily, Allah will judge between them concerning that wherein they differ. Truly, Allah guides not him who is a liar, and a disbeliever” [Quran 39:2-3]

Allah also Says (what means): “Say (O Muhammad): ‘Who rescues you from the darkness of the land and the sea (dangers like storms), (when) you call upon Him in humility and in secret (saying): If He (Allah) only saves us from this (danger), we shall truly, be grateful.’” [Quran 6:63]

Allah also Says (what means): “And the mosques are for Allah (Alone), so invoke not anyone along with Allah” [Quran 72: 18]

Allah also Says (what means): “Such is Allah, your Lord; His is the kingdom. And those, whom you invoke or call upon instead of Him, own not even a Qitmeer (the thin membrane over the date stone).  If you invoke (or call upon) them, they hear not your call; and if (in case) they were to hear, they could not grant it (your request) to you. And on the Day of Resurrection, they will disown your worshipping them. And none can inform you (O Muhammad) like Him Who is the All&8209;Knower (of everything)” [Quran 35:13-14]

said: “Du’aa’ (supplication) is worship.” [Abu Daawood Ibn Maajah and others]. There are many verses and prophetic narrations that state the same thing. This indicates that the earlier polytheists knew that Allah was the Creator and Provider, the One Who brings benefit or causes harm, and they worshipped their gods so that they would intercede for them with Allah and bring them closer to Him. Thus they committed shirk. Allah ruled that they were guilty of disbelief and shirk, and commanded His Prophet

The scholars have written many books on this topic in which they have explained clearly the true Islam with which Allah sent His Messengers and revealed His Books. They also discussed the religion and beliefs of the people of the   pre-Islamic era, and their actions which went against the laws of Allah. One of the best writers on this topic was Ibn Taymiyyah may Allah have mercy on him, in his numerous books. One of the most concise of his works is Qaa’idah Jaliyyah fi’l-Tawassul wa’l-Waseelah.

3. In their view, the Quran is not the Word of Allah in the true sense. It is known from the texts of the Quran and Sunnah, and by the consensus of the Muslims, that Allah speaks whenever He wills, in a manner that befits His Majesty, may He be glorified, and that the Quran, both its letters and meanings, is the word of Allah in the true sense. Allah Says (what means): “And if anyone of the Mushrikoon (polytheists, idolaters, pagans, disbelievers in the Oneness of Allah) seeks your protection then grant him protection so that he may hear the Word of Allah” [Quran 9:6]

And also (what means): “a party of them (Jewish rabbis) used to hear the Word of Allah [the Tauraat (Torah)], then they used to change it knowingly after they understood it?” [Quran 2:75]

And also (what means): “They want to change Allah’s Words. Say: ‘You shall not follow us; thus Allah has said beforehand.’” [Quran 48:15]

There are many well known verses that say the same thing. Numerous authentic reports from the Salaf confirm this belief, which is stated in the texts of the Quran and Sunnah – to Allah be praise and blessings.

4. They think that it is obligatory to interpret the texts of the Quran and Sunnah which speak of the attributes of Allah, may He be glorified and exalted (i.e., to understand them differently from the apparent meaning). This is contrary to the consensus of the Muslims, from the companions and Taabi’een to those who follow their path until the present day. The Muslims believe that it is obligatory to believe in what is stated in the texts about the Names and attributes of Allah, without distorting the meanings, denying any of His attributes, discussing the hows and whys or likening any of Allah’s attributes to human attributes. They (the Muslims) believe that there is none like unto Allah and He is the All-Hearing, All-Seeing; they do not deny any of the attributes with which He has described himself. They do not change the words from their (right) places or belie or deny (or utter impious speech against) His Names or signs. They do not discuss the nature of His attributes, or liken His attributes to the attributes of His creation, because there is nothing that can be compared to Him, and He has no equal or rival.

Imaam Ash-Shaafi'i may Allah have mercy on him said: “I believe in Allah and in what has come from Allah as Allah meant it. I believe in the Messenger of Allah

meant it.” Imaam  Ahmad may Allah have mercy on him said: “We believe in it; we do not reject anything that the Messenger of Allah

said, and we do not describe Allah with more than He has described Himself.” 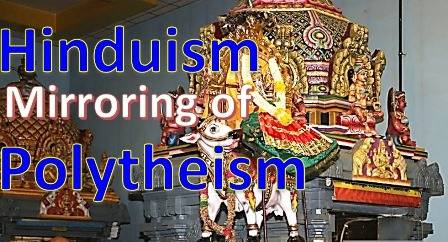