Da'wah priorities in the Quran 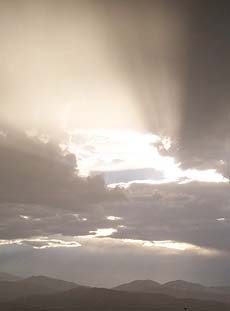 Da'wah is an Arabic word which comes close to the word "invite" or "invitation" in English. The understanding of the usage of the word "Da'wah" with regard to the faith of Islam is that it is the responsibility of the Muslims to "invite" all humanity to the way of Islam, i.e., submission to the One True God (Allah Almighty) on His terms. Da'wah is incumbent on all Muslims and must be done in compliance with the methodology already established by the last Prophet of Islam, Muhammad

Muslims therefore must exercise their efforts and use all permissible means to invite others to the truth they have. Bearing the message is a serious responsibility and a noble task and, as such, it has to be performed with knowledge, seriousness, consideration and wisdom. When embarking in such an effort, there are some priorities that should be taken into account. Such priorities can be divided into two categories: (1) those regarding the content of Da'wah and (2) those regarding those who make/receive Da'wah. Priorities of the first category are:

Tawheed is the bedrock of every Islamic activity, whether directed to Muslims or non-Muslims. It is the essence of Islam, without which every effort is rendered null. The Quran shows, in no uncertain terms, that the message and the top priority of all the Prophets, may Allah exalt their mention, was one and the same: The message of Tawheed.

Tawheed means "the realizing and maintaining of Allah's Oneness in all of man's actions which directly or indirectly relate to Him. It is the belief that Allah is One, without partner in His Dominion and His actions (Ruboobiyyah), One without similitude in His Names and Attributes (Al- Asmaa' Was-Sifat), and one without rival in His Divinity and worship (Uloohiyyah)."

the last and the final Prophet sent to humanity and the Jinn, was ordered by Allah, to call the people to the way of Allah. Allah Says in the Quran (what means):

"Say (O Muhammad): 'This is my way; I invite unto Allah (i.e. to the Oneness of Allah - Islamic Monotheism) with sure knowledge, I and whosoever follows me (also must invite others to Allah) with sure knowledge. And Glorified and Exalted be Allah (above all that they associate as partners with Him). And I am not of the polytheists.'" [Quran 12:108]

Tawheed is the most important concept in Islam and the top priority in bearing the Message. The following evidence shows this in a clear way:

It was for this reason that the Prophet

stayed in Makkah for thirteen years, calling people to the correct understanding of the Oneness of Allah Almighty, and making worship solely for Him.

Priorities of Da'wah to non -Muslims is as important as Da'wah to Muslims. The top priority with regards to non-Muslims is to bring them away from their disbelief or polytheism to belief in the Oneness of Allah Almighty and the Messengership of Muhammad

and teaching them the true purpose of their existence.

The best of generations, the Companions, may Allah be pleased with, them learned their religion from the Prophet sallallaahu alayhi wa sallam himself and continued on keeping the same priorities, strengthening belief before anything else.

said "We lived during a period of time in which one of us would receive faith first before receiving the Quran and when the Quranic Chapters were revealed, we would learn what they permitted, what they ordered and what should be the stance towards them. But I have seen men, some of whom are given the Quran before faith and they read it from the opening chapter of the Book to its closing and they do not know what it orders, what it forbids and what should be his stance towards it. They are like someone who picks dates only to throw them (i.e. he does not get any benefit from his recital)." [Al-Hakim]

Having shown that the first priority is calling to correct beliefs and faith in Allah, it is important to understand the underlying reasons as to why this primary objective remains true in all places and at all times.

There is no doubt that all our shortcomings are related to our level of faith. Many consider the unity of Muslims to be one of the most fundamental issues that we should concentrate our efforts on, since without strong unity, Muslims are unable to face their problems.

However, unity cannot be achieved through organizations or lectures, nor can it be achieved by spending money. We need to realize that it was Allah Himself Who united the hearts of the Companions

once faith entered their hearts. Allah Almighty Says (what means):

So, there is no way for establishing unity, brotherhood or an Islamic society except through profound faith which leads to righteous action.

Consequently, the first step for us to take is to correct our faith. Anything else would be short-sightedness and lead to failure. We must learn and teach the true Islamic faith; its realities, signs and benefits. Learning the faith should be accompanied by learning about Shirk (associating partners with Allah in worship) and disbelief, so that Muslims safeguard themselves from the disbelief and misguidance of the disbelievers. To strengthen our faith we must put the Quran back to its proper place in the Muslim's life. The Quran is the book of guidance that is to be understood and abided by, not merely recited and used as a talisman.

As concerns the priorities related to the second category: they are:

said: "The best believers are those with the best character." [Abu Dawood and others]

One of the duties of the Prophet

was purifying people around him, by helping them acquire noble character and rid any evil that was in their souls.

Spirituality and piety also need to be developed. Muslim scholars must teach Muslims simple things first, before proceeding to more complicated matters, while Muslims must turn to their scholars for guidance and leave interpreting religion without knowledge. This is a very grave matter which is one of the major causes of many problems that Muslims are facing today.

2-  Starting with one's own family and relatives:

Among the priorities, too, is that the first people that Muslims should call to Allah are their own families and relatives. Allah, The Most Exalted, ordered His Messenger

to warn his relatives (of disbelief and urge them to submit to Allah), as He Says (what means): "And warn (O Muhammad) your closest kindred." [Quran 26:214]

Addressing the believers in general, Allah Almighty Says (what means): "O you who believe! Protect yourselves and your families from the Fire whose fuel will be people and stones (idols)." [Quran 66: 6]

Every innovation or act of Shirk entails speaking about Allah and His religion without knowledge. This is why it is such a great priority that Muslims learn to consult scholars in religious matters and speak only based on certain knowledge. Were Muslims to follow the way of Abu Bakr

who said: "What earth will hold me, and what heaven will shadow me if I say something concerning the Book of Allah (Quran) which I do not know?", there would probably be no secularism, modernism, feminism, rejection of the Sunnah and other deviations present among the Muslims nowadays.