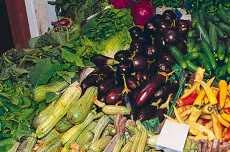 Zakah is the most important pillar of Islam after Prayer. The word “Zakah” means both ‘purification’ and ‘growth’; so, our possessions are purified by setting aside a proportion for those in need. The obligatory nature of Zakah is firmly established in the Quran, the Sunnah, the consensus of the Prophet’s

and the Muslim scholars

One of the most important principles of Islam is that all things belong to Allah, and that wealth is therefore held by human beings in trust. Allah also has set limits and restrictions on how to dispose of our wealth in order to strike a balance in the Muslim society. Allah Almighty promised those who fulfill this duty a great reward in this world and the Hereafter, and whosoever doesn’t fulfill it is sternly warned of the grave consequences.
Zakah on plants, fruits and grains
Plants and fruits are included in the types subject to Zakat. Allah Says (what means): “O you who believed, spend from the good things which you have earned and from that which We have produced for you from the earth...”  [Quran 2: 267] And (what means): “…and give its due [Zakah] on the day of its harvest…" [Quran 6: 141]
Allah also Says (what means): “And He it is who causes gardens to grow, [both] trellised and untrellised, and palm trees and crops of different [kinds of] food and olives and pomegranates, similar and dissimilar. Eat of [each of] its fruit when it yields and give its due [zakah] on the day of its harvest. And be not excessive. Indeed, He does not like those who commit excess.” [Quran 6: 141]
The Prophet

: "A tenth is payable on what is watered by rivers, or rains, and a twentieth on what is watered by camels."
Types subject to Zakah:
The scholars agree that Zakah is obligatory on wheat, barley, dates and raisins, almonds and pistachios. There is, however, disagreement over whether or not all other types of agricultural yield are exempted.
The majority of the scholars

hold the view that all types of agricultural yield (except vegetables and fresh fruits) which can be stored, or used as regular food, or dried, and are planted by human beings, are subject to Zakah.
As for fresh fruits and vegetables, nothing is confirmed from the Messenger of Allah

concerning their Zakah. However, it is still recommended to give something from them to the poor and the neighbors due to the generality of Allah's statement (which means): "And spend of the good things you have earned and from what we brought out for you from the earth." [Quran 2: 267]
Nisab of the Zakah:
Nisab is an Arabic word which technically (i.e. in Islamic jurisprudential terminology) refers to the minimum amount of wealth on which Zakah is legitimately levied.
Most scholars say that there is no Zakah due on plants or fruits until they attain the amount of five Wasaqs. Five Wasaqs equal, according to the majority of scholars, 651.4 kg. The Prophet

said: "No Zakah is payable in less than five Wasaqs of dates or grain." [Muslim]
The time for paying Zakah:
Zakah of agricultural products is due as soon as they are harvested. So, it is not permissible to delay giving out the Zakah after the harvest of the crops. Allah Says (what means): “… and give its due [Zakah] on the day of its harvest…”[Quran 6: 141]
Zakah is due on plants when the grains mature and are ready to be rubbed off and on the fruit when it is ripened. In the case of dates, for example, the indication will be their brightness or red color, and with grapes their sweetness. Zakah on the grains is only due after removing the dust, husk, straw and chaff. However, Zakah on fruits is due at the time of harvesting. It is sinful for the owner to dispose of anything before paying Zakah.
If the farmer sold his grain after it had matured, and the fruit after it had ripened, then its Zakah should be paid by him and not the buyer. This is because the obligation to pay Zakah became due when the produce was still in the owner's possession. On the other hand, if the owner sold his harvest before it ripens, Zakat should be paid out by the buyer.
The passage of a year (i.e. possession of property for one complete lunar year) is not a condition for paying Zakah on plants and fruits. It is to be paid once only even if the rest of this kind of property is kept, or not spent, in many years.
Combining different kinds of grains and fruits to complete the Nisab:
The scholars

agree that the different types of one product (e.g. different types of dates) may be added together to complete the Nisab. But Zakah is to be paid out from each type separately. Likewise, if there are different grades or qualities, Zakat is to be paid out from each grade, or from the medium (i.e. not the best nor the worst). Thus, different kinds of raisins may also be combined together, and so can the various kinds of wheat and cereals.
Regarding combining various categories of grains, the scholars

have different views. The predominant opinion is that no two things can be combined together to complete the Nisab. The Nisab must be considered on every category by itself. Therefore, barley cannot be added to wheat, and this is also applicable to dates, raisins, chickpeas and lentils. However, as we have mentioned above, different types of wheat can be combined together because all of them belong to the same category.
The Rate of Zakah:
The rate of Zakah differs according to the method of irrigation. If it is watered naturally without the use of artificial means, then the due Zakah is 10 % of the harvest. However, if it is irrigated by machinery or with purchased water, then the Zakah payable is 5 % of the harvest.
Ibn 'Umar

said: "On that which is watered by the heavens (i.e. rain) or springs or its own roots, 10 % of the harvest is due, and on that which is watered by a well or a stream (i.e. purchased water), 5 % of the harvest." [Al-Bukhari and others]
In case the land is watered equally by artificial as well as natural means, then Zakah payable will be 7.5 % of the crop.
All of the costs involved in harvesting, transportation, threshing, cleaning, storing, and others should be deducted before Zakah is paid.
Ibn 'Abbas and Ibn 'Umar

hold that whatever is borrowed for the purpose of tilling, planting, and harvesting should first be taken out. [Yahyaa Ibn Aadam related this in Al-Kharaaj]