The significance of obedience to parents 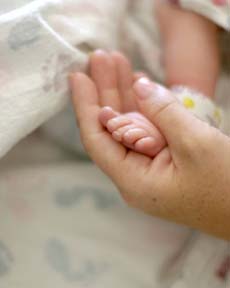 Islam builds a family in which prevails mutual respect and care. Parents and children in Islam are bound together by mutual obligations and reciprocal arrangements. Allah Says (what means): “…No mother should be harmed through her child, and no father through his child…” [Quran 2: 233]

The Quran has made it compulsory for the child to treat his parents with all goodness and mercy.

Every Muslim must show goodness and mercy to his parents throughout their lives. There is only one exception to this, and that is, if the parents ask their children to associate anything with Allah and to commit sins, then the children must not obey their parents. In all cases, the children must show love and gratitude to their parents. They must always speak to them gently and respectfully. They must try their best to make them happy, provided they do not disobey Allah in the process.

Allah says (what means): “But if they (both) strive with you to make you join in worship with me others of which you have no knowledge, then obey them not; but behave with them in the world kindly…” [Quran 31:15]

Being patient and tolerant with parents:

The children must take great care not to react to what their parents have to say. If they say or do anything which is not liked or approved of by the children, then they must show patience and tolerance instead of giving vent to their anger. The children must scrupulously try to refrain from disobeying their parents since the Prophet

regarded this as one of the grave sins.


The children must be kinder and more grateful to their mothers since they took greater pains in their upbringing. That is why the Prophet

emphasized that it is the mother who has the first claim on the child's care and attention.

Once a companion, may Allah be pleased with him, asked the Prophet

as to whom he should show more kindness. The Prophet

replied: "Your mother." He, may Allah be pleased with him, asked who comes next and the Prophet

again replied: "Your mother." He, may Allah be pleased with him, asked the Prophet

yet again who comes next. The Prophet

replied: “Your mother." When the companion, may Allah be pleased with him, asked for the fourth time, only then did the Prophet

The Muslim should recognize the status of the parent and know his duties towards them. The status of parents in Islam is a status which mankind had not known before. Allah Has placed the respect for the parents just one step below the belief in Allah and true worship of Him.

Allah says (what means): “And your Lord has decreed that you not worship except Him, and to parents, good treatment. Whether one or both of them reach old age [while] with you, say not to them [so much as], "uff," and do not repel them but speak to them a noble word.” [Quran 17: 23]

placed kindness and respect towards parents just after the prayer offered on time as the prayer is the foundation of Islam.

'Abdullaah Ibn Mas’ood, may Allah be pleased with him, said: “I asked the Prophet

which deed is most liked by Allah? He

said: ‘Prayer offered on time.’ I asked him: ‘Then what? He

said: ‘Kindness and respect towards parents.’…” [Al-Bukhari and Muslim]

Knowing the duties towards them:

It is also the duty of the child to provide for his parents, if he is able to do so. The Quran sums up the whole matter in a master concept called Ihsaan, which denotes what is right, good and beautiful (i.e. showing to them kindness, compassion, gratitude, reverence and respect, praying for them and supporting them financially if they are in need.)