Quranic Illumination on the Phenomenon of Sexual Deviance 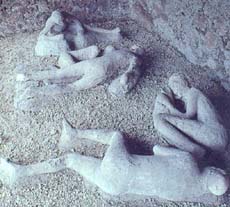 The rally that was held in Washington in defense of sexual deviance raised an argument among people with regards to the nature of this phenomenon and its significance. I have therefore thought it proper to present the Quranic answers to the Muslim reader to some of the questions, uncertainties, and claims which the demonstrators raised regarding this phenomenon.

1) The perpetrators of this shamelessness say that what they are seeking is a new thing that was not known in different societies in the past, because it was disapproved of. They claim that such disapproval is not right for societies (like Western society) that have made great strides in progress toward democratic freedom and the care for human rights. But we know from the book of our Lord that it is not a new thing as they claim; all that they are seeking today was sought for and carried out by the people of Loote (Lot), as we will show. The Quran teaches us that resemblances in personal conditions result in resemblances in words and deeds; nations resemble each other despite the difference in time.

Allah Almighty Says (what means): {… Thus spoke those before them like their words. Their hearts resemble each other…} [Quran 2:118]

Allah Almighty Says (what means): {And [We had sent] Loote (Lot) when he said to his people, “Do you commit such immorality as no one has preceded you with from among the worlds [i.e. People]? Indeed, you approach men with desire, instead of women. Rather, you are a transgressing people.”} [Quran 7:80-81]

3) Just as these deviants today want to come out of the stage of concealment into the stage of openness, so did the people of Loote. Allah Almighty Says (what means): {Indeed, you approach men and obstruct the road and commit in your meetings [every] evil. And the answer of his people was not but that they said, “Bring us the punishment of Allah, if you should be of the truthful.} [Quran 29:29]

What the people of this inclination are seeking is not to be compelled by society to conceal themselves, despite their openly swerving away from the straight way. Likewise, they seek to get what other people in the society have, such as the right of marriage, respect, and employment in all sectors of the state, whether military, political, educational, and diplomatic.

Why, they say, are you intruding into what I do in my bedroom? What is the difference if a person does this with someone of the same type, whether man or woman, or with the other type? It is merely a hereditary affliction.

However, the fact is that they are not simply seeking to do what they do privately, in their bedrooms. For, if they do it privately, a matter needs no permission from contemporary Western societies. It is not counted as a crime when it is consented to by both parties. What they are seeking now is really the right to proclaim openly that they are of this type, and that society does not oppose their public behavior which indicates that they are on this deviation, just as it does not oppose behavior that shows one to be "straight."

I say "straight" in quotation marks because the publicizing of some sexual acts, even between men and women, even between married people, is not customary for straight people, though it has become customary in Western societies.

The open practice of vices is worse than concealing them, because it offends straight people and tempts the weak ones among them to commit what these deviants are doing openly.

4) But the state of the people of Loote – as our Lord has told the story – shows that even this open publicizing is not the end of the path; it is only the first stage followed by – when no one exists to prevent them – the stage of supremacy.

When the deviants are predominant in the society, the righteous people become constrained because they have to share the dwelling space in the same town. Allah Almighty Says (what means): {But the answer of his people was only that they said, “Evict them from your city! Indeed, they are men who keep themselves pure."} [Quran 7:82]

5) Yet they go further than this: they will help each other to force righteous people to commit these vices with them, if they are able. Thus, Allah’s Messenger Loote

was worried, when the angels in the form of handsome-faced men came to him. He knew what would happen to them with those people, who thought the guests were really men. So there came about what he had dreaded, the people came rushing and panting. Lot proposed marrying his daughters to them (whether that means daughters of his own flesh and blood or just the daughters of his people). But they did not restrain themselves and they humiliated him with his guests:

Allah Almighty Says (what means): {And when Our messengers, [the angels], came to Loote, he was anguished for them and felt for them great discomfort and said, ‘This is a trying day.’ And his people came hastening to him, and before [this] they had been doing evil deeds. He said, ‘O my people, these are my daughters; they are purer for you. So fear Allah and do not disgrace me concerning my guests. Is there not among you a man of reason?” They said, “You have already known that we have not concerning your daughters [i.e. women] any claim [i.e. desire], and indeed, you know what we want.” He said, “If only I had against you some power or could take refuge in a strong support.”} [Quran 11:77-80]

6) The perpetrators of this sexual deviation today want the law to respect relations between two of them with the status of marriage, and grant them all the rights that married people have. However, what we recognize from the case of the people of Loote is that this vice is of an absolutely licentious nature, with no commitment to a single partner, or even a limited number of partners. When this behavior takes control of one of them, he cannot recognize any boundary in his actions. When he hears that to which his desires incite him, a sort of madness befalls him, and he throws himself blindly into committing sin with anyone, whether he likes the person or not.

7) And it is a vice linked – contrary to what most people think – with violence and aggression against others, an aggression which goes beyond sexual aggression. The people of Loote who practiced this vice in their councils were also highwaymen (robbers). Allah, the Most High, Says (what means): {Indeed, you approach men and obstruct the road and commit in your meetings [every] evil…} [Quran 29:29]

8) Another thing the straight person finds odd is the confederation and cooperation between the male and female deviants. Obviously one would expect that one would dislike the other, as long as there is the difference between them with each side inclining to their own kind, and wanting nothing to do with the other. However, the story of the people of Loote reminds us that some of the women were impressed by this deviation among the men, and they liked it. One such was Loote’s wife, the sinner whom Allah destroyed with her people while he saved Loote

and other members of his family.