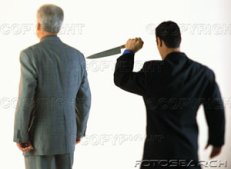 was asked about backbiting, he

answered: “To mention your brother in a manner which he dislikes”. Then he

was asked, “What if my brother actually has (this failing) that I made mention of?” The Prophet

said: “If (that failing) is actually found in your brother, you in fact backbit him, and if that is not in him it is a slander.” [Muslim]

Backbiting refers to a Muslim mentioning his Muslim brother in a manner that the latter dislikes, whether by referring to a defect in his body, or in his lineage, or in his morality. The meaning of insulting is included in backbiting, whether it is in the form of words, gestures, or writing.

Backbiting is forbidden in the Noble Quran and the Sunnah. The person who commits it is given the similitude of a person who eats the flesh of his dead brother. Allah Says (what means): “…And do not spy or backbite each other. Would one of you like to eat the flesh of his brother when dead? You would detest it…” [Quran 49: 12]


To highlight the sanctity of the Muslim, the Messenger of Allah

said in his sermon during the Farewell Pilgrimage: "…Your blood, your wealth and your honor are sacred, as this day of yours, in this month of yours, in this land of yours, are sacred…?" [Ahmad and Muslim] This firmly proves how far beyond limits one transgresses when he backbites his fellow Muslim

Let us think deeply about this, and regard the orders of Allah and His Prophet

with the awe that they deserve. In the sight of Allah, violating the rights of your brother by backbiting is equivalent to violating the sanctity of the Day of Sacrifice, in the month of Thul-Hijjah, in Mina. Do we really realize the enormity of this violation of a Muslim's honor?

said: "There are seventy-two degrees of Ribaa (usury), the least of which is equivalent to committing adultery with one's own mother. The worst of them (the seventy two degrees) is a man's insulting his brother's honor (i.e. by backbiting)." [Ibn Jaroot]

said: “I said to the Prophet

: 'It's bad enough that Safiyyah is such and such. (Some of narrators said: she is short).' He


The evil consequence of Gheebah:

Due to its negative impact on individuals and communities alike, the Prophet

frequently made mention of backbiting, and greatly warned against it.

said: “O you who have believed (only) with their tongues while (true) belief has not visited their hearts! Do not backbite Muslims nor pursue their defects (and faults), otherwise Allah will pursue your faults, and whomever Allah pursues his defects (and faults) He disgraces him even though inside his house.” [Ibn Abu Ad-Dunya]

said: “Whoever has wronged his brother with regard to wealth or honor, should ask for his pardon (before his death), before he will pay for it (in the Hereafter) when he will have neither a Dinaar nor a Dirham (gold and silver currencies). (He should secure pardon in this life) before some of his good deeds are taken and paid to this (his brother), or (if he has no good deeds) some of the bad deeds of this (his brother) will be taken (from the person he wronged) and will be loaded on him.” [Al-Bukhari and Muslim]