Israel admits destruction of mosques within the 1948 borders

According to a report published in the weekly supplement of Israeli daily Haaretz on Friday, Israel has admitted to the destruction of tens of mosques in the destroyed villages of 1948 during the first years of Palestinian Nakba “catastrophe", a policy implemented by Israel to demolish Arab and Islamic history in Palestine. The orders were given directly by senior officials of the Israeli army and totally were supported by David Ben Gurion.

Miron Rapaport, the author of the report, highlighted that the complicity of senior officials in the destruction of the mosques in the 1950s, stating that among those to issue such orders was Moshe Dayan.

Of the mosques destroyed, many were more than 1000 years old, with Asqlan Mosque, Yabna mosque and Ashdod Mosque being particularly old that thus in possession of much religious and historical value.

Referring to research carried out by Israeli professor Ayal Banbanetchi, Rapaport noted that after 1948, only 160 mosques remained in the area. In the following years, this number shrank to 40, meaning that 120 were destroyed.

The report also highlights the fact that the strategy of destroying such holy buildings aimed to eradicate the rich Islamic culture and history in the area, a policy again approved at the highest echelons of the Israeli administration with Ben Gurion stating in a commentary on the operations that "we want to destroy all, we want to demolish the Islamic history." For the author of the report, this can leave us with no doubt that the violence against such places was no spontaneous accident, but rather a deliberate policy that aimed to achieve political results.

Rapaport argues that such destruction was not limited to mosques and states that several Arab neighborhoods in the cities of Jaffa and Lud were destroyed. 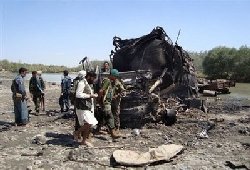