Whoever turns away from my Sunnah is not from me 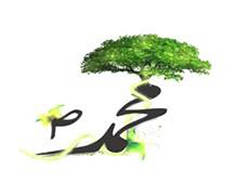 reported that: “Three men came to the houses of the wives of the Prophet

and asked how his worship was. When they were informed, they considered their own worship to be insignificant and said: 'Where are we in comparison to the Prophet

then came to them and said: “Are you the people who said such things? I swear By Allah that I fear Allah more than you do, and I am most obedient and dutiful among you to Him, but still, I observe fasting (sometimes) and break it (at others); I perform (optional) prayer (at night sometimes) and sleep at night (at others); I also marry. So whoever turns away from my Sunnah (i.e., my way) is not from me.” [Al-Bukhari and Muslim]

also reported: “A few of the companions

ascended the pulpit, praised and thanked Allah, and then said: “Why are some people saying such things? I perform (optional night) prayers (sometimes) and sleep at night (at others); I observe fasting (sometimes) and break it (at others); and I marry. So whoever turns away from my Sunnah (i.e., way) is not from me.”

'A few of the companions'

in the narration means that there were between three to nine of them, and their asking: 'Where are we in comparison to the Prophet

when Allah has forgiven his

past and future sins?' means that since they did not have this assurance that He

had, then it followed that they would have to exert more effort in order to try to attain it; however, he

explained to them that one may do the things that these men wished to refrain from and still be fearful of Allah and obtain a great reward.

stated that they will abstain from, which proves that they were more than three in number.

Also, the speech of the Prophet

in the first narration reflects that he

spoke to them directly, whereas the second one indicates that he

spoke generally, without directing his speech to them in particular. It may be that he

first spoke to everybody in the congregation and explained that such abstention is impermissible, and then spoke to the men concerned in private, addressing them personally so as not to expose their identity to others, which may have caused them embarrassment.

The fact that the Prophet

took an oath was in order to show these men that despite him being forgiven by Allah, he

did not do what they planned to do, which was to exaggerate in their worship, and that reward from Allah could be attained without such exaggeration; this is because he who is moderate in his worship is more likely to continue whereas those who exaggerate will eventually become too weak to continue and give up.

saying: “…my Sunnah…” did not refer to the Islamic categorization which refers to recommended acts rather than obligatory ones. Rather, it refers to his

complete manner in life and his

approach to every matter. He

is not from him

was alluding to the methods that monks have, who innovated extreme ways of worship for which they have been dispraised by Allah.

has not left the fold of Islam if he did it in ignorance or was mistaken in his interpretation of the Sunnah, but if he does it due to wishing to deliberately shun the way of the Prophet

and thinks that his way and method is better, then he has committed an act of disbelief.

The following are some of many benefits that we can extract from this narration:

• The recommendation of imitating the ways of one's seniors and following in their footsteps, and that if one is unable to find out about their way of doing things by means of inquiring from men, then it is permitted to inquire from women, provided that nobody will be subjected to temptation.

• The virtue of marriage and an encouragement of it.

• One may do righteous deeds openly and inform others about them, provided he feels secure from thereby becoming arrogant.

• Deeds that are Islamicaly permitted may become recommended, disliked or prohibited, according to one's intention.

said: “This narration refutes the claim of those who forbid eating lawful foods and wearing permissible clothing, claiming that it is better to use harsh clothing and refrain from eating good food.” But, Imam Ibn Hajar

added to this saying: “The fact of the matter is that the one who gets himself accustomed to always consuming fine things (i.e., food and clothing) may become too habituated to them and therefore cannot live without them, and consequently, when he is deprived from them, he may commit prohibitions in order to attain what he is accustomed to. On the other hand, refraining from them from the perspective of prohibiting them for oneself contradicts the Saying of Allah. Allah Says (what means): {Say: 'Who has forbidden the adornment of [i.e., from] Allah which He has produced for His servants and the good [lawful] things of provision?...} [Quran 7: 32]

• The good deeds that are continuous are the dearest to Allah, even if they are few.

• The method of the Prophet

is the very best one, whereby he

would sometimes eat in order to preserve his

strength, and fast at other times; he

would also sleep at night sometimes in order to have the strength to pray at night on other occasions; also, he

would marry in order to fulfil his

desires, save himself from following his

chastity, and increasing the generation.

• A warning against exaggeration in the matters of the religion because this leads to one stopping the deeds that he is performing. Also, one who exaggerates in acts of worship will eventually become apathetic, which may cause him to stop his obligatory acts of worship and not only the optional ones that he performs. Also, one who only performs the obligatory deeds is also in great danger; if he loses interest, he may abandon worship altogether; so the best way is to be moderate.

• Finally, There is an indication in this narration that knowing Allah and His Rights and Commandments is of a higher rank than simply worshipping Him without it, and that the deeds of the heart are essential for practicing servitude to Allah.