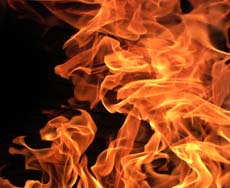 The grave and evil act of sodomy has various names in the Arabic language, some of which mean:

This evil act has become widespread in the west and is being practised by vast numbers of people. The west approves of this evil act, and has introduced new laws in its favour of same-sex marriage.

In , same sex marriage is becoming widespread with official recognition and approval, and many governments authorize same-sex marriages. witnessed the first official same-sex marriage in the world with a party that was attended by the ministers of the Dutch government and other celebrities, in addition to being broadcast live on television.

On , it was announced in that three male and one female couple immediately married after the announcement of a new law that permitted same-sex marriage. Moreover, the Dutch government gives the same rights to married couples of the same sex as it does to those of the opposite sex, such as government financial assistance, lower taxes, the right to adopt and the requirement of a court order in order to divorce.

Officials in expect the number of married couples to increase by ten thousand couples annually, which represents ten percent (10%) of the number of heterosexual marriages.

In , same sex marriages began in the year 1989, making the first country in the world to officially recognize same-sex marriages.

Also, and allow homosexuals to officially register their relationships. In addition to this, the German government very recently passed a new law to permit such marriages officially, although it does not allow the couples to adopt children or be entitled to pay less tax. This law also permits non-German citizens who are living in to have such marriages.

In February 2000, the Canadian government granted homosexuals who live together the same rights that normal couples have, although it did not allow them to officially get married.

A British doctor studied the possibility of making this possible. After finding a female volunteer who offered her womb, and having extracted semen from both men concerned, the doctor discontinued the experiment, due to coming to the conclusion that modern science has not yet reached the level of being able to cause the man's sperm to act as the female's ovum and thus facilitate the conception of a child.

In , homosexuals constitute twelve percent (12%) of the Jewish population; they are demanding that their government gives them more rights, the most important of which is to officially recognise their marriages. They are also demanding that the government pass laws that give them assistance regarding inheritance, paid marriage-leave, and so on.

Homosexuality has become something quite acceptable in the Israeli community. The Haaretz Newspaper of , contained an article quoting a man who planned to get married to his boyfriend as saying: “Homosexuals enjoy a much better status now from a legal perspective; as a matter of fact, this is one of the best countries (in this regard) in the world. We have the same rights as (the homosexuals in) and , as there is no law that prohibits same sex-marriage, nor is there any law prohibiting sodomy. On the contrary, we have a law here that demands that we have equal work opportunities."

The first punishment from Allah:

Aids: Aids was discovered in 1981 when a number of homosexual men who practiced sodomy in places such as and contracted a strange type of bacterial chest infection which is known as Pneumosytis Carinii. Some of them also contracted a rare form of cancer named Kaposis Sarcoma.

Scientists at that time could offer no explanation of how this rare disease had appeared so suddenly; but in 1984, they were able to recognize the cause and attributed it to the damage of the main cells in the immune system due to a new virus, and this is where the name AIDS (Acquired Immune Deficiency Syndrome) came from. In 1986, the virus that causes this disease was named HIV.

This disease coincides, exactly, with the saying of the Prophet

where ‘Abdullaah bin ‘Umar, may Allah be pleased with him, reported that: “The Prophet

approached us once and said: “It is never that immorality (i.e. adultery, fornication and sodomy) prevails in a people to the extent that they do it openly, except that there will appear in them diseases that were unknown to their predecessors.”” [Al-Haakim]

This disease has spread in a rapid and terrifying manner, to the point that the number of deaths that it has caused in the United States alone up until January of the year 2000 was 438,795 people, while worldwide, the number of newly infected and HIV positive people at the end of each year reaches thirty six million (36,000,000) people. Ninety five percent (95%) of these contracted it due to practicing sodomy, while the others did so via other means, such as infected drug syringes. Research has proved that sixty two percent (62%) of these cases were caused by bisexual men.

has the fourth highest number of infected patients in the , and it has been stated there that bisexual men hinder the process of putting an end to this disease.

Before the world had an opportunity to wake up from the effect of the shock caused by AIDS, a new homosexual disease appeared on the horizon. This disease is even more powerful and viscous than AIDS. Dr. Kenneth Moore MD stated that AIDS is considered insignificant in comparison to this new disease, and he gave it the name 'The Love Virus.'

The symptoms of this disease are that the infected person begins, six months after being infected, to develop blisters and ulcers, from which the patient continues to bleed until he dies. Dr. Moore has stated that it is not easy for the body to be infected with this virus, but once it does, modern science stands helpless in the face of it.

The above were but some of the many harmful effects of sodomy. How can any sane man, after reading this, give in to his perverted desires and lusts, and pay such a terrible price as a consequence?