Beyond Rituals: The Ultimate Goals and Intents of Hajj – III 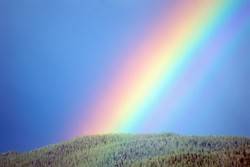 Submitting to Allah: Going all the Way

A Muslim is, by definition, one that honors the Religion of Allah and places it before anything else. He or she never allows contradicting human's views to take precedence over Allah's Commands. A Muslim sees the Sharee'ah (Islamic Law) as infallible; accepts and submits to all of its dictations even when it is hard to grasp the Divine Wisdom in them. Even though most of the Sharee'ah is understood and its rationality is appreciated, there are certain aspects of it (matters of strict rituals) that are intended to be less clear than those—with at least one of their purposes being to differentiate those who believe from those who don't. If something is factually established as part of the Sharee'ah, it should be glorified and applied. This position is so clearly reflected throughout the rituals of Hajj, but more explicitly, in the act of kissing Al-Hajar Al-Aswad (The Black Stone). As we know the Black Stone is just a stone and is incapable of benefiting or harming anybody; but because the Messenger of Allah

used to kiss it whenever he

circled the Ka'bah, Muslims toe his line and kiss it too. This understanding is best illustrated by the statement of Caliph ‘Umar ibn Al- Khattab

who said addressing the Black Stone, "By Allah! I know that you are just a stone that is incapable of benefiting or harming; and had I not seen the Prophet

kiss you, I would not have kissed you." [Al-Bukhari]

legal commands even when their rationale escapes our understanding." A major part of the intent of this kind of rituals in Islam is to indicate and establish the meaning and extent of submission in being a Muslim.

A standard feature of Islam that is very clearly and unquestionably demonstrated in the Quran and the Sunnah is the obligation that Muslims should part ways with polytheists. Allah Says (what means): {There has already been for you an excellent pattern in Ibraheem (Abraham) and those with him, when they said to their people: ‘Indeed, we are disassociated from you and from whatever you worship other than Allah. We have denied you, and there has appeared between us and you animosity and hatred forever until you believe in Allah Alone’...} [Quran 60:4]

The Hajj rituals display and consolidate this notion of Muslims' disassociation from concepts, practices and ways of disbelievers. We learn from the Prophet’s

actions and attitude in ‘Arafah and Muzdalifah were dissimilar from those of the polytheists in these two places in Pre-Islamic era. It is indeed a significant lesson concerning the Muslim's attitude towards the actions, attitudes, and rituals of polytheists and idol-worshippers. Anyone who emulates the polytheists and adopts their ethics, conduct, appearance or lifestyle has indeed failed to appreciate the Prophet's

teachings in this regard.

Modesty, not inspired by fear or inferiority complex, is a preeminent component in the Muslim's character. That is so because the Sharee'ah loathes arrogance, condemns the arrogant and warns them of awful consequences on the Day of Recompense as shown in this Prophetic narration: "Paradise is out of reach of anyone with a grain of arrogance in his heart." [Muslim]

Pilgrims in Hajj, especially on the Day of ‘Arafah, the central event of Hajj, appear so like one another that all seem brothers. The motley throng reflects the equality of all pilgrims in the eyes of Allah, symbolizing the idea that there is no difference between a prince and a pauper when everyone is dressed equally. All pilgrims stand together invocating and glorifying Allah. They have one powerful goal in mind and firm focus: to plead to the Almighty to forgive their sins and to bless them with the Straight Path for the remainder of their lives. Their total immersion in the imposing ambience of Hajj, frees them to focus on perfecting their Hajj instead of obsessing about superficial considerations and concerns. The Prophet's

used to say in his Talbiyah invocation: "Here I am at Your service, O Lord. Here I'm, offering Hajj in sincerity and true servitude." [Al-Bazzar]

Muslims are obligated to tend to and take good care of their souls by purifying and ridding them of abominable qualities like miserliness and selfishness, to name only two. They are urged to give the poor their lot from the charity money and are promised an abundant reward for doing so. And even though going to Hajj is a major financial burden and Hajj's goals seem to be focusing on matters far from charitable giving, the Sunnah encourages the pilgrims to give in charity as much as they can. And because pilgrims, particularly indigent ones, are often in need of provisions like food and water, Allah urges the visitors of His House to be liberal with their food (i.e. sacrificial animals). Allah Says (what means): {…So eat of them and feed the miserable and poor…} [Quran 22:28] He Almighty teaches them that that will help them acquire piety, which is the ultimate and real purpose behind the act of spending for the Sake of Allah. Allah Says (what means): {Their meat will not reach Allah, nor will their blood, but what reaches Him is piety from you...} [Quran 22:37] The Prophet

Giving in charity is essential to purifying one's soul and it is more so when the giving is done at a time of need and when financial burden is heaviest; but if one is to gain more control on himself and loosen the grip of materialism on it, giving in charity in Hajj is an effective and major step toward that.