Beyond Rituals: The Ultimate Goals and Intents of Hajj – IV 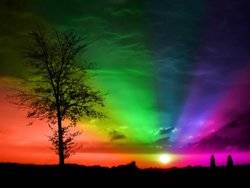 Muslims view the material world as a bridge to the Hereafter. A Muslim needs this world and employs it to achieve his legitimate this-worldly and other-worldly goals. To that effect, a Muslim does not renounce, disdain or withdraw from this world. Rather, he partakes of it, controls and harnesses it but never allows it to overpower or tyrannize over him. And despite the fact that Hajj is an act of worship that is exclusively performed to attain Allah's pleasure, Muslims are not discouraged nor proscribed from pursuing worldly benefits during Hajj provided that they are making Hajj solely to fulfill their responsibility for the Sake of Allah. The Quran declares (what means): {There is no blame upon you for seeking bounty from your Lord [during Hajj]. But when you depart from ‘Arafat, remember Allah at Al-Mash’ar Al-Haram. And remember Him, as He has guided you, for indeed, you were before that among those astray.} [Quran 2:198]

Allah also Says in this regard (what means): {That they may witness benefits for themselves…} [Quran 22:28] Commenting on this verse, the renowned exegete Ibn Katheer

said, “The benefits referred to in the verse signify other-worldly benefits which is pleasing Allah; as well as other material benefits like business and trade.”

Perfection and completion of religion

was standing with Muslims on Mount ‘Arafah in the last Hajj, he

ever performed (10 AH), the following verse was revealed (what means): {... This day I (Allah) have perfected for you your religion and completed My favor upon you and have approved for you Islam as religion…} [Quran 5:3] Allah Has made Islam a universal Message, ordained it as the religion for the whole of mankind, given it the status of the last Divine Message for humanity, and meant it to be a valid guide for all mankind in all their affairs until the end of time. There is no wonder then that Muslims' stance on Mount ‘Arafah keeps the memory of this extraordinary bounty (religion perfection and completion) alive in their minds and hearts. It motivates them to reaffirm their pledge to serve Allah, The Almighty. It fills them with utmost assurance and confidence that, with the Quran and the Hadeeth of the Prophet

in their hands, they need not look Eastward or Westward in search for philosophies, ideologies, or laws to guide their material or spiritual life.

Acts of worship differ as to how many times a Muslim is required to do them. Some worship acts are required once a year like the fasting of the month of Ramadan; some are due once a week such as Friday Prayer; others are demanded on a daily basis such as the five daily prayers; and some are mandatory once in a lifetime such as Hajj.

One might ask though: why has Hajj been made obligatory only once in a lifetime? Is it because of Allah's desire to make things easy for His servants? May be or may not. But the reason could well be that Hajj is chock-full of great lessons the understanding and application of which suffices the Muslim and renders repeating Hajj unnecessary. However, doing Hajj over and above is meritorious and recommended and can help install the meanings and concepts inherent in this exceptional act of worship in the heart of the Muslim until they become vital and integral part of his making.

The concept of Tawheed (Monotheism) constitutes the core of Hajj; it is the thread that holds all the rituals of this worship together. The Muslim's performance of Hajj is indicative of his belief in the Unity of Allah. Moreover, the concept of Tawheed was there when Allah first made Hajj mandatory on his slaves, and is manifest throughout its acts and rituals. Allah Says (what means): {And [mention, O Muhammad], when We designated for Ibraheem (Abraham) the site of the House, [saying], ‘Do not associate anything with Me and purify My House for those who perform Tawaf (circumambulation around the Ka’bah) and those who stand [in prayer] and those who bow and prostrate.} [Quran 22:26]

commented on this verse thus: "In this verse, Allah denounces the polytheists from the inhabitants of Makkah and Says to them that Tawheed has been stipulated as precondition for Hajj on your father Ibraheem

and on those who came after him as well as on you but you failed to meet this requirement and committed acts of polytheism and worshiped idols." Also, Allah Commands that polytheists should not be allowed to approach His Sacred House in the verse (what means): {...Indeed, the polytheists are unclean, so let them not approach Al-Masjid Al-Haram after this year...} [Quran 09:28] Also, by Tawheed, a pilgrim commences his Hajj rituals saying: "Here I am, O Allah, here I am at Your service. Here I am at Your service. You have no partner. Assuredly, all praise and gratitude are for You, and all dominion. You have no partner!" And when a pilgrim completes his Hajj, he performs the Farwell Circumambulation (Tawaf Al-Wadaa’) whence he concludes his Hajj by glorifying Allah and declaring His Oneness—chanting monotheistic utterances such as, ‘Allahu Akbar (Allah Is The Greatest)’; ‘La ilaha illallah (There is no god worthy of worship but Allah)’, etc.

The following acts are strictly prohibited while in state of Hajj:

*  Sexual intercourse with one’s spouse and all matters leading to it.

*  Disputing, arguing, or fighting with companions, servants, or other people.

Committing all or some of the above-mentioned acts either divests one from the Hajj rewards altogether or diminishes his share of them. Allah Says (what means): {Hajj is [during] well-known months, so whoever has made Hajj obligatory upon himself therein [by entering the state of Ihram], there is [to be for him] no sexual relations and no disobedience and no disputing during Hajj…} [Quran 2:197]

said: "The verse commands Muslims to guard their private parts and their tongues from all sorts of disobediences. And the emphasis on the prohibition of such acts in the state of Ihram doesn't mean that they are permissible in other settings; rather, it indicates that committing them while one is in state of Ihram makes one liable for more of the Divine Wrath than if he perpetrates them somewhere else." The majesty and dignity of Hajj should compel one to abandon all sorts of immoralities and fill him with the desire to purify one's self and adorn it with gracious conduct.

once told the following story about meeting Sufyan ibn ‘Uyaynah

in Hajj: "It was the Day of ‘Arafah and he (Sufyan) was sitting with his knees on the ground and his hands raised to the Heaven (supplicating) and tears running down his cheeks and beard. He turned and looked at me, so I asked him, `Amongst the people who have gathered here for Hajj, who is in the worst state? He said, `The one who thinks that Allah will not forgive him."'

The pilgrim's prize is nothing other than the full forgiveness of his entire misdeeds. What a prize! And what an honor! For a pilgrim, what could be more fulfilling or dignifying than to successfully offer Hajj properly and return from it invested with Allah's Pleasure and Blessings, and with his balance of sins zeroed out! There are probably very few things beside this prize that could motivate one to have more determination on making the rest of his/her entire life a continuation of Hajj–a deep devotion to Allah and a rigorous pursuit of His Pleasure.