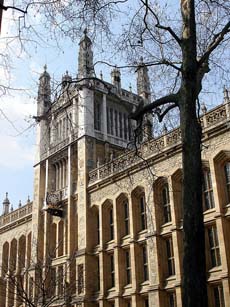 "No great religious leader has been so maligned as Prophet Mohammed. Attacked in the past as a heretic, an impostor, or a sensualist, it is still possible to find him referred to as "the false prophet." A modern German writer accuses Prophet Mohammed of sensuality, surrounding himself with young women. This man was not married until he was twenty-five years of age, then he and his wife lived in happiness and fidelity for twenty-four years, until her death when he was forty-nine. Only between the age of fifty and his death at sixty-two did Prophet Mohammed take other wives, only one of whom was a virgin, and most of them were taken for dynastic and political reasons. Certainly the Prophet's record was better than the head of the Church of England, Henry VIII."