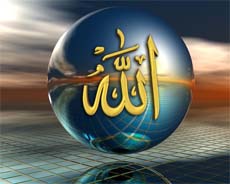 A Muslim is encouraged to adorn himself when going to the Mosque. The Messenger of Allah

said: “Whoever performs Ghusl (i.e., a ritual bath) on Friday, wears from the best of his clothing, goes to the Mosque, does not step over people’s heads (in trying to reach the front rows) and does not talk whilst the Imam is talking; this will be an expiation for his previous sins.”

also said: “Whoever performs Ghusl on Friday, wears from the best of his clothing, perfumes himself if he has any, goes to the Mosque, does not step over people’s heads (when trying to reach the front rows), then prays whatever Allah decreed for him to pray, and does not talk from the time the Imam starts talking until he finishes, this will be an expiation for his sins between that Friday and the next.”

In this regard Allah Says [what means]: “O Children of Adam! Take your adornment [i.e., wear your clothing] at every Masjid…”  [Quran 7: 31]

Nowadays, people go to parties wearing their very best clothing, but if they go to pray in the mosque, they wear the clothes that they sleep in, or their most inferior clothing.

What type of clothes do stores sell for men nowadays? They sell clothes that are outrageous and reflect a total lack of manhood, and which contradict basic moral values. These are clothes that are absolutely unfit for men to wear, like tight trousers which form the parts, or jeans with advertisements of intoxicants, or clothes that contain images of actors, actresses, dancers and singers. Some of these clothes are in shocking colours, or are so baggy that they look ridiculous.

Some men are shameless enough to wear shorts in public, claiming that they are 'beachwear' - as if the Lord of the beach is different from the Lord of the Mosque. As soon as a new fashion comes out, regardless of how immoral or prohibited it is, many Muslims rush to wear it.

When some people see a person having his garment fall no lower than the level of his mid-shin, as per the instructions in the Sunnah, they accuse him of being backward and an extremist, but at the same time, they themselves may wear Bermuda shorts, which are no longer than the clothing they mock. It seems that just because the latter was designed by the non-Muslims, it is the only acceptable type of clothing.

Sometimes one thinks that people have no brains and are like programmed machines whose remote controls are in the hands of the Jews and the westerners. Women are exposing their bodies and wearing tight, transparent garments with splits. They wear short dresses and make up in order to seduce men. All the evil designs that the non-Muslims have concocted are adopted in our countries, and this in addition to what takes place during weddings, where dresses are so transparent that it is as if these weddings are meat markets!

Such clothing, which seduces men and moves their lusts and desires, is unacceptable to Allah. What is our role in forbidding such things from occurring? Why do men insist on remaining useless and silent? Where is their manhood?

Some women wear clothes that are manly. Also, we witness that even very young girls are wearing revealing clothes and are growing up while being accustomed to this; it therefore becomes impossible to convince them to change their minds, or to teach them chastity, when they become older.

The high heels that women wear almost cause them to tumble. They also affect the manner in which they walk as well as harm their spinal cords and cause foot-joint pain.

One is truly grieved at the level to which the Muslims have sunk with regards to clothing. Those who wear clothing that is distinctly for the disbelievers will have the following Prophetic narration apply to them: “He who resembles a people will be with them (i.e. on the Day of Resurrection).”

Those who feel proud of wearing such clothing and who walk arrogantly will meet Allah while He is Angry with them. Those who wear fashionable clothing in order for others to look at and pay attention to, will have the following Prophetic narration apply to them: “He who wears a garment of fame in this life - Allah will make him wear a garment of humiliation on the Day of Resurrection, then He will set it on fire.” [Ibn Majah] Doing anything for the purpose of attracting people’s eyes and attention will fall under this narration; the psychological punishment of it is humiliation, while the physical punishment is fire.

said: “We do not wear clothes that have crosses imprinted upon them.”

Likewise is the case with wearing clothes that have pictures of animate objects upon them, in which case one must disfigure the image, leaving no trace of the head and what it contains (i.e. eyes, mouth and nose).

regarding whether or not a Muslim woman can expose her breasts, back or stomach to another woman, he said: “She is only allowed to expose what she would expose to men who are non-marriageable to her. This is due to the fact that the lusts and desires of some women towards others are stimulated when they see such areas exposed. Thus, a woman may only expose the places of adornment on her hands and feet, regardless of whether or not the woman is attractive.”

Unfortunately, women nowadays wear garments that contain splits that are up to their thighs, and sometimes even higher. This is something that is resented by women who have a pure nature, and we are talking about common women and not women with knowledge or students of knowledge.

We witness how the enemies of Allah, have spread nakedness by all possible means, through sports, swimwear, jogging-wear, gymnastics, and so on. In fact, the chairman of a football league was complaining that the female footballers were not wearing seductive enough attire whilst playing. They aim to spread corruption globally via athletics, and this is why some female athletes have moved on to become movie "stars".

Will we rise to face this? Will we stand for the truth? Will our protective jealousy wake up and cry out loud? Will we begin checking the clothes that we buy for our wives and daughters to ensure they do not contradict Islamic teachings? When will we begin inspecting our wives and daughters before they leave to attend wedding parties to ensure that what they are wearing will not cause the wrath of Allah? Or will we continue to hastily drop them off while never bothering to check what they wear? Where is our jealousy? Where is our chastity? Where is virtue? When will we adhere to the rulings of Allah?

Attire and adornment – I