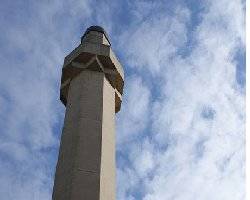 Ramadan is always equated in our minds with 29 or 30 days of self- purification, sacrifice and pure devotion to Allah. Even the Muslim among us that would never bother about moon sighting, prayer in the wee hours of the night and reading the whole Quran within four weeks, gears up to embrace the spirit of this month.

Having spent the past Ramadan in the most beloved of lands to Allah, I felt utterly lucky to accept dates from a smiling sister who I had never met and will probably never see again, and savor the loud Ameens of my family of thousands of Muslims that the entire Al-Masjid Al-Haraam (Sacred House in Makkah) resounded to. It was overwhelming to observe hordes of people heading in one direction for Taraaweeh (optional night prayers). The Sacred House, ever the bustling place, was full of people breaking their fast, giving in charity, performing ‘Umrah (Minor pilgrimage) and drinking Zamzam water. It has been a supreme experience.

Yes, I am sure you know a ‘but’ is forthcoming. I hate to say what I will, perhaps because I do not wish to taint the beauty of the month that we have conjured up. But, even in Al-Masjid Al-Haraam, I could not help but sadly wonder if Ramadan came and went, and we lost out.

For while I happily observed people flocking for prayer, I also heard people loudly fighting over a sitting place in the House of Allah. Instead of taking care of the Masjid like our own homes, it was often left dirty as people failed to clean up after themselves. There was a lot of generosity going around, but some of our Muslim brothers and sisters are dying and suffering in many places around the world. There was immense sharing, but rampant greed. Stores and hotels upped the ante and doubled their asking prices.

Sure, all this gave a Makkan Ramadan a unique edge, no less, but I was left wanting for the true spirit of Ramadan; of faith, unity and patience, which brings about change within us that lasts more than just one month.

Yet, every year, it is the same story in these sacred grounds, as well as the rest of the Muslim world. What used to be a month of victory since Islam came, has started to seem no different from our recent history, with Muslim infighting, non-Muslims debasing our Prophet

and more failures. Rather than cherishing each moment of these invaluable days, we cannot wait for ‘Eed to don our new clothes. And instead of fasting as a way of showing solidarity with the hungry, we plan haute-cuisine Iftaars (fast-breaking meals). Hearing of special Ramadan TV shows and seasonal sales in shopping centers, it is difficult to say if the corporations are more guilty or their clients.

The essence of Ramadan is becoming obscure; perhaps this is what the Prophet

As always taught by scholars and in books and articles, Ramadan is not just about the customary fasts and prayers; it is a month in which Allah has hidden a night which is better than a thousand months (in virtue and reward), so that we make the effort every night to catch it. Further, it is not about worshipping Allah, The Most Exalted, and practicing Islam only on one night or in one month, but Ramadan is actually a catalyst for inner and outer change that lasts a lifetime, for Allah has no need for the one who fasts but does not leave evil talk or action. [Al-Bukhari]

Ramadan, in itself, is a month set above all by its distinctiveness as days of fasting and nights of prayers, as actually practiced everywhere. But, if we stay on our current path, not truly appreciating the lessons of this month, by reducing it to a conventional and commercialized holiday season, we may retain its goodness, but risk losing the very spirit of Ramadan.