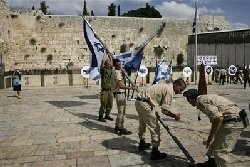 Richard Falk, the UN special reporter on the human rights situation in the Palestinian territories, recently delivered his report to the General Assembly.