Pillars of Hajj, Its Obligatory Acts and Sunnah Acts 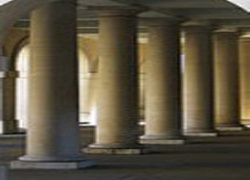 1)   Pillars that one must perform so as not to invalidate his Hajj, because they cannot be compensated.

2)   Obligatory acts that necessitate offering a sacrifice if they are not performed, without invalidating one’s Hajj.

3)   Voluntary and recommended acts of Sunnah that complete the pilgrim’s reward.

According to the opinion of the majority of scholars, Hajj has four pillars, which are:

i)  Ihraam: It is the intention of starting the Hajj acts of worship. The Prophet

said: “Intentions are what count in deeds, and every person will be rewarded according to his intention.” Ihraam has a specific timing, within the months of Hajj, which are mentioned in the Quranic verse (what means): {Hajj is [during] well-known months, so whoever has made Hajj ‎ obligatory upon himself therein [by entering the state of Ihraam], there is [to be for him] no sexual relations and no disobedience and no disputing during Hajj….} [Quran 2:197]

Ihraam must start at certain places, which are called the Meeqaats.

ii)  Standing at ‘Arafah: The Prophet

said: “Hajj is the standing at ‘Arafah. If anyone comes over there before the Fajr Prayer on the night of Al-Muzdalifah, his Hajj will be complete.” [Abu Daawood and others]

It should be clear that standing, even for a moment, at any place of ‘Arafah during that time is sufficient, for the Hadeeth of ‘Urwah ibn Mudharris

who said: “I came to the Messenger of Allah

at Al-Muzdalifah and said, ‘I have come from the two mountains of Tayyi’; I fatigued my mount and fatigued myself. By Allah, I found no hill (on my way) but I halted there. Have I completed my Hajj?’ The Messenger of Allah

said, ‘Anyone who offers this prayer along with us and comes over to ‘Arafat before it by night or day will complete his Hajj and he may wash away the dirt (of his body).’” [Abu Daawood and others]

said: “I am standing here but all of ‘Arafah is a place of standing.” [Muslim]

iii)  Tawaaf Al-Ifaadhah: Allah The Almighty Says (what means): {Then let them end their untidiness and fulfill their vows and perform Tawaaf around the ancient House."} [Quran 22:29]

In addition, when the Prophet

was told that Safiyyah

started menstruating, he said: “Is she keeping us (from leaving)?” They said, “She has already performed Tawaaf Al-Ifaadah.” He said, “Then let her set out.” [Al-Bukhari and Muslim]

This proves that this Tawaaf is a must and one must not leave before performing it. Time of Tawaaf Al-Ifaadhah begins after standing at ‘Arafah and Muzdalifah to the end of one’s life according to the opinion of the majority of scholars. Scholars just disagreed whether one must offer a sacrifice if he performed this Tawaaf after the Days of Tashreeq (the 11th, 12th and 13th of Thul-Hijjah) or the month of Thul-Hijjah or not.

iv)  Sa‘y between the Safa and Marwah Mountains: The Prophet

said: “Make Sa‘y as Allah The Almighty prescribed it for you.” [Ahmad]

These four pillars (Ihraam, Standing at ‘Arafah, Ifaadhah Tawaaf and Sa‘y between Safa and Marwah) are a must for the validity of one’s Hajj, because they cannot be compensated in any way, neither with a sacrifice nor with anything else. Furthermore, observing the sequence in performing these pillars is a condition of their validity. Accordingly, Ihraam must be performed first, then standing at ‘Arafah, then Tawaaf Al-Ifaadhah and then the Sa‘y between Safa and Marwah.

1)  Ihraam must start at the Sharee‘ah-approved Meeqaats, as the Prophet

set the Meeqaats and said: “These Meeqaats are for the people at those very places, and those who come to those places with the intention of performing Hajj and ‘Umrah.” [Al-Bukhari]

did so and said: “Learn your rituals from me.”

said: “Let my Ummah learn its rituals, because I do not know whether I will meet you after this year or not.” [Ibn Maajah and others]

allowed the weak people to leave Al-Muzdalifah after midnight, which proves that spending the night there is obligatory. Moreover, Allah The Almighty Commanded the pilgrims to remember Him at Al-Mash‘ar Al-Haraam.

It is permissible for the weak people, children and women who cannot endure the over crowdedness, to head to Mina at the end of the night to cast the pebbles before the arrival of all people. Ibn ‘Abbaas

said: “I was among the weak people of the family of the Prophet

whom he allowed to proceed from Al-Muzdalifah to Mina before dawn.” [Al-Bukhari and Muslim]

sent Umm Salamah on the night before the Day of Nahr. She threw pebbles before dawn and then performed Tawaaf Al-Ifaadhah.” [Abu Daawood]

did so and said: “Learn how to perform your rituals from me.” The Prophet

5)  Stoning the Jamraat: Jamrat (stone of) Al-‘Aqabah must be stoned on the Day of ‘Eed and then stone the three Jamraat (stone pillars) during the Days of Tashreeq because the Prophet

said: “Tawaaf around Al-Bayt (the Ka‘bah), between the Safa and Marwah and stoning the Jamraat have been prescribed to establish the Remembrance of Allah.” [Abu Daawood and others]

commanded pilgrims to do so saying: “…then cut short his hair and end (the state of) his Ihraam…” [Al-Bukhari and Muslim] The Prophet

said: “The last thing that one of you should do before leaving is to circumambulate Al-Bayt (the Ka‘bah).” [Muslim] Ibn ‘Abbaas

commanded pilgrims that the last thing they should do in Makkah is to circumambulate Al-Bayt (the Ka‘bah), but he exempted menstruating women.”

Leaving any of these obligatory acts does not invalidate one’s Hajj, but one must offer a sacrifice (a sheep, one-seventh of a she-camel or a cow) to make up for it. This sacrifice must be slaughtered in Makkah and distributed among the poor people of Al-Masjid Al-Haraam. Ibn ‘Abbaas

said: “Whoever forgot any of the rituals (obligatory acts) or left it must offer a sacrifice.”

Any act of Hajj other than the pillars and the obligatory acts is considered a recommended act of Sunnah. For example, spending the night at Mina on the eighth day, performing the Arrival Tawaaf, tottering in the first three laps of Sa‘y, uncovering the right shoulder, performing Ghusl before entering the state of Ihraam, wearing white and clean Izaar (lower garment), Ridaa’ (upper garment), making Talbiyah from the beginning of Ihraam until stoning the Jamrah of Al-‘Aqabah, touching the Black Stone and kissing it, reciting the reported supplications and Thikr, and so on.

even if there was no expiation for leaving them.

The ‘Umrah has three pillars, according to the opinion of the majority of scholars, which are: Ihraam, Tawaaf and Sa‘y.

Obligatory acts of ‘Umrah are starting Ihraam from the Meeqaat, shaving head or cutting hair and performing the Farwell Tawaaf (according to the opinion of the scholars who considered it is obligatory). Other acts of ’Umrah are acts of Sunnah. As mentioned before, leaving a pillar invalidates one’s ‘Umrah, while leaving an obligatory act must be compensated by offering a sacrifice.