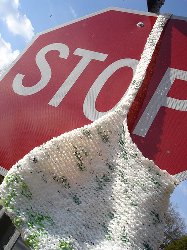 When Islam came, women were in a humiliated state; they led a painful, wretched life with no rights and obligations that surpassed their abilities. A woman would spend her entire life, from her cradle to the grave, in misery and suffering. If she happened to escape being a victim of female infanticide, as was the custom of the times, her life ahead was certain to be degrading, as women were often treated as worthless objects. Indeed, if females were not even guaranteed their birthright to live, what kind of life did they lead!

Islam emerged and raised women from their appalling and disgraceful reality to a respectable life. In Islam, women are beloved, whether as pampered young daughters, endeared sisters, adored wives or honored mothers.
However, enemies of Islam regard the westernization of Muslim women to be a highly important goal, perhaps due to their primary role in raising the young generation and bringing them up according to the Islamic creed, manners, acts of worship and ethics. In order to achieve their goal, they lure women, promising their so-called liberation, empowerment and equality of sexes.
It is saddening that many women in our Ummah are deceived by these slogans and believe in their false, vain claims, adopt their deviating notions and propagate them through different media. In blindly imitating the West, without stopping to contemplate their actions, such women prove themselves to be completely subordinate, intellectually, socially and behaviorally. Their situation is described by the Prophet,

, who forewarned: “You will follow the ways of the nations before you, hand-span by hand-span and cubit by cubit so much so that even if they entered a hole of a mastigure, you would follow them."The Companions asked if the nations the Messenger,

meant were the Jews and Christians; he replied:"Who else?" [Al-Bukhari and Muslim]
Such women are ignorant of the fact that the social, legal and historical conditions that European women faced are utterly different from those of Muslim women. The subjugation they endured was due to manmade laws that they consequently revolted against, to win a fraction of their rights. On the other hand, Islam already grants women their full rights, according to a divine Sharee’ah. Muslim women should hold their heads high, taking pride in the privileges they enjoy, that even their counterparts in most countries which claim to be civilized and developed, do not have.
For though such people claim to want to liberate women, I swear by Allah The Almighty, their concern is to do away with their chastity and honor, aiming to make them easy targets. If a woman pursues the path of deviation, the firm knot that connects her family together unravels, and the family members become scattered in the maze of life.
The present campaign which is deliberately aimed at Muslim women, seems to be led in the same spirit as of the Jews who, during the lifetime of the Prophet,

, conspired to yank off the veil of a Muslim woman in the market of Banu Qaynuqaa’. The ashes of their war against the Hijab are still ignited, with the fire gradually intensifying. They know well that corrupting Muslim women means corrupting the whole Muslim society.
However, there are among us who call themselves liberators of women; they were reared in the ideology of atheism. They pretend to be good Muslims, speaking like Muslims, whereas they hide their disbelief, as they toil to destroy the dignity of Muslim women, by making them give up their Hijab. Perhaps they consider their best approach to be to introduce the notion of women's liberation in an Islamic manner, justifying the intermingling of both sexes in the name of freedom and civilization, and removing their Hijab in the name of development and culture, so that women would be tools they could operate.
This is even though the Islamic directives they combat, can be traced back to the time of Moosa (Moses), may Allah exalt his mention, as in the story Allah The Almighty cited in the Quran, Saying (what means): "And when he came to the well of Madyan, he found there a crowd of people watering [their flocks], and he found aside from them two women driving back [their flocks]. He said, "What is your circumstance?" They said, "We do not water until the shepherds dispatch [their flocks]; and our father is an old man." [Quran 28:23]
Before Moosa, may Allah exalt his mention, was sent as a Prophet to his people and after escaping from the land where people were being oppressed by Pharaoh, he arrived in a remote region where he saw a group of people watering their herds and two women standing at a distance, looking at the crowd. When he inquired if there was a problem, they replied that they came to water their flock because their father was too old to work himself, and yet they waited until the men had dispersed to do so, so as not mix with them.
Muslim women should reevaluate their way of life, so as to discern the path to Paradise and deliverance from Hell, which is in imitating the wives of the Prophet,