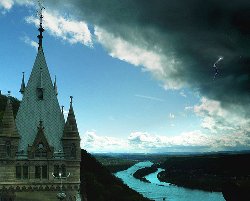 I am a psychiatrist and my job allows me to see the other face of our societies and mix with different types of people - both men and women. The nature of those who work in specializations such as mine necessitates caring for people’s problems. One of us may be walking down the street and notice things that passers by do not take notice of. I sincerely hope that scholars and callers to Islam pay attention to such issues and provide useful solutions for them. Their role would be more important than that of doctors and policemen because the violation of Islamic teachings is the key factor behind the emergence of such diseases.

This introduction was necessary so that the reader does not find what I am going to say strange, especially about women’s visits to us in the clinics, and our listening to their problems, as there is no treatment without listening to these problems and discussing them.
After this introduction, I resume to speak about Western women and marriage. At the beginning of my stay in Britain, I was astonished that women provide for men. I used to see this phenomenon whenever I rode a train or entered a restaurant, as there is nothing called 'generosity' in the Westerners’ moral dictionary.
After a while, my astonishment faded and the patients told me about the causes of this phenomenon. I understood from them that men do not like to bind themselves by a marriage contract; rather, they prefer what they call a ‘girlfriend’ and women have a ‘boyfriend’. In fact, they have wronged this noble word - ‘friend’ - because friendship means truthfulness, love, magnanimity, generosity, faithfulness, and noble manners.
A boyfriend there may live with a woman for months or years without providing for her; rather, she provides for him in most cases. He may leave the house whenever he wishes or ask her to leave his house if she was living with him in his house. Thus, women there live in extreme anxiety and fear. A woman fears that her boyfriend may take another girlfriend and expel her, then she may not find another boyfriend.
Since examples clarify words, I will choose a single example out of many that reflect the status of women in the West. In a psychiatry clinic, I saw a woman in her twenties who was psychologically devastated. After a while, she felt some improvement and managed to speak rationally. I asked her about her life and she answered, while shedding tears,
My only problem is that I live in worry and fear that my boyfriend will break up with me at any time. I cannot ask him to marry me because I am afraid of the attitude that he might have in reaction. I was advised to have a baby from him in the hope that this may encourage him to marry me. I had the baby, and am an attractive woman, as you can see. In addition, I do every possible thing; I serve him and provide for him, yet I could not convince him to marry me and this is the cause behind my illness. The cause of my misery is the feeling that I am alone in this society, I have no husband to help me face the burdens of life. I have a family but they are of no use. I wish I did not have a baby because I do not want it to suffer in this life as I suffer.
This sick woman is not an abnormal case in Western society. On the contrary, those who live peacefully are the abnormal ones. Nevertheless, the Westerners criticize our Muslim societies alleging that women in our countries lead a miserable life. We neither care for the opinion of the West about us, nor ask them for good conduct. We only want our Muslim women to thank Allah The Almighty for the blessing of Islam. Women during the pre-Islamic era were humiliated, and Islam came to raise their status. Thanks to Allah The Almighty, the man is the one who searches for the woman, asks to marry her, and she may accept or refuse. In addition, a woman’s family has a great role in her marriage. Under Islam, a woman leads an honorable and dignified life whether in the house of her husband or her father, and men provide for her. In fact, men complain in some Muslim countries of the excessive dowries and costs imposed on them to have a wife. Allah The Almighty Says (what means): "They consider it a favor to you that they have accepted Islam. Say, “Do not consider your Islam a favor to me. Rather, Allah has conferred favor upon you that He has guided you to the faith, if you should be truthful.” [Quran 49:17]