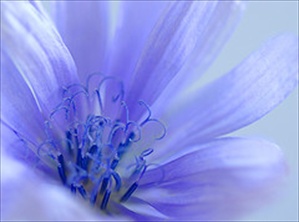 The Meaning of Motherhood

Motherhood is an innate disposition in normal females that makes them more merciful and compassionate.

Mothers in the Noble Quran

In terms of the Arabic language, ‘mother’ means the origin of everything. The expression of (what means): {The Essence (Literally: the Mother) of the Book} occurs in the Noble Quran in this sense [Quran 3:7 – 13:39 – 43:4]
Also, the same sense occurs in the Quranic expression of (what means) {Mother of Cities} [Quran 5:92 – 42:7] The Mother of Cities is of course Makkah. Allah the Almighty Says (what means): {And never would your Lord have destroyed the cities until He had sent to their mother a messenger. }[Quran 28:59]

The Noble Quran enjoins every person to be dutiful and good to his mother due to her high status. Allah, The Almighty, Says (what means): {And We have enjoined upon man [care] for his parents. His mother carried him, [increasing her] in weakness upon weakness, and his weaning is in two years. Be grateful to Me and to your parents; to Me is the [final] destination. But if they endeavor to make you associate with Me that of which you have no knowledge, do not obey them but accompany them in [this] world with appropriate kindness and follow the way of those who turn back to Me [in repentance]. Then to Me will be your return, and I will inform you about what you used to do.} [Quran 31:14-15]
The parental bond (fatherhood and motherhood) is very strong and is not to be affected, even if the parents are polytheists. Kindness to one’s parents is obligatory, but one must not obey them if they ask him to do anything that contradicts the Divine Sharee‘ah.
This counsel is repeated in another Quranic verse; Allah, The Almighty, Says (what means): {And We have enjoined upon man, to his parents, good treatment. His mother carried him with hardship and gave birth to him with hardship and his gestation and weaning [period] is thirty months. }[Quran 46:15] A mother’s precedence over a father is justifiable given her pregnancy, nursing, and care for her child.

• {And He has not made your wives whom you declare unlawful your mothers.} [Quran 33:4]

The bond of motherhood would be only affected on the Day of Judgment when a son will be separated from his mother and vice versa. Allah, The Almighty, Says (what means): {On the Day a man will flee from his brother. And his mother and his father. And his wife and his children, for every man, that Day, will be a matter adequate for him.} [Quran 80:34-36]

Allah, The Exalted, made mothers responsible for raising their children, given all the rights and duties previously mentioned. A mother is a guardian and is responsible for her wards. Allah, The Almighty, refers to this moral responsibility in the Quranic verse in which He Says (what means): {O sister of Aaron, your father was not a man of evil, nor was your mother unchaste.} [Quran 19:28] This verse reported what the people of Maryam (Mary, may Allah exalt her mention,) said to her. Obviously, they realized this responsibility and stated the parental moral responsibility to her, despite the clear insinuations in what they said.

For these reasons, Allah, The Almighty, gave mothers a share of their children’s inheritance if they die during their lifetimes, and vice versa. Allah, The Almighty, Says (what means): {But if he had no children and the parents [alone] inherit from him, then for his mother is one third.} [Quran 4:11]. Given the fact that a mother is the source of compassion and kindness to her child, Haroon (Aaron, may Allah exalt his mention,) reminded his brother Moosa (Moses, may Allah exalt his mention,) about his mother when the latter got angry and seized him by the hair of his head. Allah, The Almighty, Says (what means):
• {And when Moses returned to his people, angry and grieved, he said, "How wretched is that by which you have replaced me after [my departure]. Were you impatient over the matter of your Lord?" And he threw down the tablets and seized his brother by [the hair of] his head, pulling him toward him. [Aaron] said, "O son of my mother, indeed the people oppressed me and were about to kill me.”} [Quran 7:150]
• {[Haaroon] said, "O son of my mother, do not seize [me] by my beard or by my head. Indeed, I feared that you would say, “You caused division among the Children of Israel, and you did not observe [or await] my word."} [Quran 20:94]
Haroon, may Allah exalt his mention, only mentioned his mother in this situation to implore his brother, as the mother is the symbol of compassion and mercy.

Allah, The Almighty, made the wives of the Prophet

• {And We made the son of Mary and his mother a sign and sheltered them within a high ground having level [areas] and flowing water.} [Quran 23:50]

The Quran celebrates the mother of Moosa, may Allah exalt his mention, and narrates her story with her son at the time of Pharaoh. Allah, The Almighty, Says (what means):{And We inspired to the mother of Moses, "Suckle him; but when you fear for him, cast him into the river and do not fear and do not grieve. Indeed, We will return him to you and will make him [one] of the messengers”} [Quran 28:7-10]
Being in that condition, Allah, The Almighty, greatly cherishes the sentiment – that of motherhood – of Moosa’s mother and reminded Moosa, may Allah exalt his mention, of this great blessing, Saying, (what means): {So We restored him to his mother that she might be content and not grieve and that she would know that the promise of Allah is true.} [Quran 28:13]

Your Angry Child is not Aggressive – II

Your Angry Child is not Aggressive – I