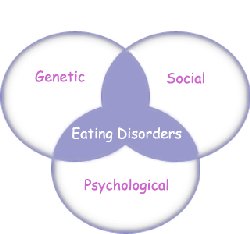 Mary is a 23 year old woman who is experiencing a serious problem in her life. In the last 6 months, she has lost 40 pounds, going from a healthy 133 pounds to only 93 pounds. Although she appears emaciated, Mary still perceives herself as being overweight and in need of weight loss. She eats very little food, mainly carrot sticks and diet soda, and is fearful that if she does eat she will gain weight. The obvious danger of Mary's condition it that it is life-threatening. She is basically starving herself to death. Her friends and family have tried to convince her to eat and take care of herself, but to no avail. Not surprisingly, she does not think that she has a problem nor does she wish to speak to anyone about it.

Breastfeeding Is necessary for both mother and child