Islam and polygamy -I 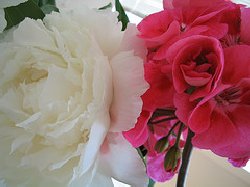 Polygamy is defined in many dictionaries as: “Any person (male or female) may unconditionally marry unlimited number spouses at the same time."

This means that a male or female may marry an unlimited number of spouses at the same time. In other cultures and faiths, a male may marry an unlimited number of wives at the same time, for any reason, unrestricted by any conditions. Such practices are totally prohibited in Islam.
In Islam, a Muslim man is granted the right to marry more than one wife, accompanied by several clear conditions. These conditions are: financial, physical and emotional ability, equal treatment of the wives, that the women are not among those who are prohibited for him to marry permanently (such as aunts, foster daughters and others specified in the Quran) or temporarily (such as marrying two sisters at the same time); and that the number of wives is limited to four.
Hence, this is a legal provision that can be properly understood in the context of Islam's position on these issues:
First, in Islam, the family is considered the cornerstone of society; any extra-marital relationship is devastating and damaging to the family and hence it is strictly prohibited. Married life is most desirable in Islam, Islam envisions the role of a woman as a respected, honorable wife, not a secret mistress; while allocating to men the role  of respected, responsible husbands, never indulging in secret affairs..
Second, Islam and Islamic laws are for all times and for all circumstances and situations, therefore, they must accommodate all possible social and individual situations.
Third, in Islam, every Muslim man should have a wife and every Muslim woman should have a husband.
Although it may have been abused in certain times and places, polygamy can have a valuable function in certain circumstances; in some situations it may be considered as the lesser of two difficult situations, and in others it may be even a beneficial arrangement.
The obvious example of this occurs in times of war, when there are inevitably large numbers of widows and orphans left without companionship, love, income, care or protection.
If it is still maintained under these circumstances that a man may marry only one wife, other women will be deprived of having a family that includes a loving husband, a companion for life, children and a father for the children. What option is left for those women who have no chance to get married ? They could either stay alone or enter into an illicit relationship.
Most women would not welcome either of those two options. A mistress is just an unofficial second wife who has no legal rights or security for herself or her children. The fact is that women under these circumstances may prefer to share a husband than have none at all; there is no doubt that it is easier to share a husband when it is an established and legal practice, than when it is carried on secretly with attempts to deceive the first wife.
There are other situations where this kind of practice may be preferable for all parties, such as if the first wife is chronically ill, if she cannot have children, if a woman cannot earn a living and needs emotional and financial support.
These examples are mentioned here because people assume that polygamy in Islam is a means to cater to the whims of the Muslim man, not as a real solution to some difficult social problems.
The first verse in the Quran that allows this practice was revealed following the battle of Uhud, in which hundreds of Muslim men were killed, leaving widows and orphans whose care was the responsibility of the Muslim male survivors.
Allah Almighty Says in the Quran (what means): {To orphans restore their property when they reach their age, and do not substitute your worthless things for their good ones, and devour not their substance by mixing it up with your own. For this is indeed a great sin. If you fear that you shall not be able to deal justly with the orphans, marry women of your choice, two, or three, or four ; but if you fear that you shall not be able to deal justly with them, then marry only one.}[Quran 4:2-3]
From these verses, a number of facts are evident:
Polygamy is far better and more honorable than the case where a man is secretly having mistresses or involved with prostitutes (adultery). This practice is also better than the case where the husband divorces his wife if she falls ill and marries another one.
The requirement of justice between wives rules out the fantasy that a man can have as many wives as he pleases; it also rules out the concept of a "secondary" wife, for all wives have exactly the same status and are entitled to identical rights and claims over their husband.
The verses say "marry" -- not buy, seduce or select -- since in Islam, marriage is a civil contract, which is valid only when both parties consent to it. Thus no woman can be married forcibly or given to a man who is already married, except if she and her family agree, since there is no secret marriage in Islam polygamy is practiced as a free choice of both parties.
It is evident that the permission for polygamy is consistent with the realistic Islamic worldview, that remains applicable through varying social needs, problems and cultural variations for all time and in all places.
Islam and Polygamy -II 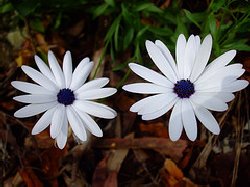 The mysteries of the human self is an ambiguous world that only Allah The Exalted knows the essence of. This self varies from one person to another, and even a single human self is in itself subjected...More