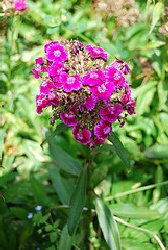 Nusaybah's life and example as a Muslimah, wife and mother can be surpassed only by a few other women in the history of Islam.

She was one of only two women who traveled with seventy-three men to Makkah, and pledged allegiance to the Prophet

to believe in Allah Alone and not to associate others with Him. They also pledged themselves to Jihaad in complete obedience to the Prophet

in ease and hardship and harsh circumstances. That historical meeting is known as the second pledge of Al-Aqabah.

Nusaybah, may Allah be pleased with her, known as Um Imarah, was a rare kind of Muslim. A pious and noble woman, Um Imarah was also a daring courageous fighter in the cause of Allah, and she proved more than once to be truthful to her pledge.
Hearing that the Makkan pagans were preparing for a great battle to take revenge for their heavy losses during the battle of Badr, and that they were moving towards Uhud, the Prophet

mobilized the Muslim men in Madeenah. Um Imarah went out with her husband and her two sons, `Abdullaah and Habeeb, may Allah be pleased with them, to join the fighters. In the beginning she brought water to the wounded and tended to their needs, but as the battle raged, and the Muslims were being defeated, she saw that some were fleeing the enemy leaving the Prophet

without protection. She tied her belt around her waist so that she would not trip, brandishing a sword at times and throwing arrows at others, she cut through the ranks of the enemy and took sides with the Prophet

. She fought fiercely that day, striking fatal blows to her opponents until she suffered many wounds, one of them left a deep gash in her shoulder, which took a whole year to heal. She herself related some of what had happened during that battle. "I realized that people fled leaving the Prophet

exposed," she said: "So less than ten men remained to protect him, while the others were passing by, defeated. The Prophet

saw me without a shield and saw a man leaving the battlefield carrying his shield, he said: ‘Surrender your shield to the one who is fighting.' He surrendered it and I picked it up and used it to shield the Messenger of Allah. But those who gave us the hardest time were the horsemen, if they were on foot like us; we would have defeated them Inshaa` Allah. A cavalier came towards me, but he was unable to strike at me because I protected myself with the shield. As he was turning back I dealt a blow to his horse's hamstring and he fell on his back. The Prophet

said: “Bandage your wound.” My mother was busy fighting the enemy, but when she heard the Prophet

she came toward me carrying bandages tied to her side, she bandaged my wound while the Prophet

was standing by. She then told me, `Get up my son, and fight.' The Prophet

said: “Who can endure what you are enduring, Um Imarah!” A short time later, the man who hit me was coming our way, so the Prophet

said, “Here is the man who hit your son, O Um Imarah.”  She went up to him and hit him in the leg; she left him kneeling on the ground. The Prophet

smiled at what she has done so broadly that his molar teeth were showing and said: `You avenged yourself, Um Imarah.' Then more men came and struck the man and killed him. The Prophet

said to her: `Praise is due to Allah Who gave you victory over your enemy and satisfied you by showing you his death'."
A few months later when the call was announced to prepare for the battle of Hamra-ul-Asad, Um Imarah got ready but she was not able to continue in her way because her wound got worse and she was bleeding profusely.
The battle of Uhud was not the only occasion when Um Imarah showed her bravery. She was among those who gave the pledge of Ar-Ridhwaan, to fight until martyrdom. She also witnessed the battle of Hunayn.
When the Prophet

passed away, some of the Arab tribes apostatized, at their head was Musaylimah The Liar. Khaleefah Abu Bakr, may Allah be pleased with him, rallied the Muslims to fight the renegades. Um Imarah asked permission from Abu Bakr, may Allah be pleased with him, to join the army, accompanied by her two sons. "We knew your bravery during the war," he said: "Come on in the name of Allah."
This battle was a great test for Um Imarah. The fight was hard and the two parties adamantly set to win it. She held her grounds, always advancing. Now she heard that her son Habeeb fell prisoner to Musaylimah the liar. He asked him: "Do you testify that Muhammad is the Messenger of Allah?" When he said that he did, he went on, "And do you testify that I am the messenger of Allah?" he answered: "I do not hear." So Musaylimah began to cut him to pieces, organ by organ until he died. He asked him the same questions over and over, but he could not get a different answer. Um Imarah went to Al-Yamamah with the Muslims and took part in the war against Musaylimah. She was eager to see the end of Musaylimah, and it was the will of Allah that he be slain by her other son `Abdullaah, and another companion. Um Imarah returned from the war having suffered twelve wounds inflicted by spear and sword, and having lost an arm, and her beloved son.
Um Imarah, Nusaybah bint Ka'b, may Allah be pleased with her, was a woman who was true to her words, a woman who occupies a special place in the history of Islam.

Shall I Show You a Woman from the People of Paradise? 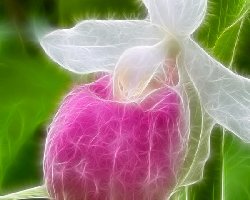