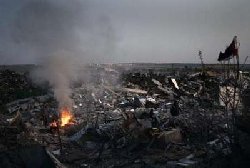 Confirmed figures reveal the true extent of the destruction inflicted upon the Gaza Strip by Israel’s offensive: 1,434 dead, including 960 civilians, 239 police officers, and 235 fighters.

The Israeli offensive launched on the Gaza Strip between 27 December 2008 and 18 January 2009 resulted in extensive death, injury and destruction throughout the Gaza Strip. Only now is the true extent of the devastation becoming apparent.
The Palestinian Centre for Human Rights’ (PCHR) investigations reveal that throughout the course of the assault, Israeli Occupation Forces (IOF) used excessive, indiscriminate force, in violation of the principle of distinction. This claim is evidenced by the disproportionately high rate of death amongst the civilian population, when compared to that of resistance fighters.
IOF also willfully violated the principle of distinction as a result of their illegal classification of law enforcement officials as combatants.
Uniformed units of law enforcement agencies are not considered members of armed forces (combatants), unless explicitly recognized as such.
Over the course of the 22 day Israeli assault on the Gaza Strip, a total of 1,434 Palestinians were killed. Of these, 235 were combatants.
The vast majority of the dead, however, were civilians and non-combatants: protected persons according to the principles of IHL.
PCHR investigations confirm that, in total, 960 civilians lost their lives, including 288 children and 121 women. 239 police officers were also killed; the majority (235) in air strikes carried out on the first day of the attacks. The Ministry of Health have also confirmed that a total of 5,303 Palestinians were injured in the assault, including 1,606 children and 828 women.
The excessively disproportionate civilian death toll, and Israel’s conduct of hostilities – including, inter alia, indiscriminate attacks, willful killing, the extensive destruction of property, target selection, the lack of precautions taken in attack, the excessive use of force, and the use of weapons such as white phosphorous in civilian areas – demand effective judicial redress. Many of the cases documented by PCHR constitute grave breaches of the Geneva Conventions, and war crimes. The widespread and apparently systematic violations of customary IHL witnessed in the Gaza Strip may also amount to a crime against humanity.
PCHR call on all States to fulfill their legal obligations, as codified in Article 146 of the Fourth Geneva Convention, to prosecute any persons suspected of committing grave breaches of the Geneva Conventions. All States must enact appropriate legislation to ensure that such persons may be tried in national courts, in accordance with the principle of universal jurisdiction.
Further, PCHR affirm that, if the civilian population are to rebuild their lives and attempt to recover from the devastation wreaked on the Gaza Strip, then borders must be opened: aid and reconstruction material must be allowed into the Gaza Strip. As the Occupying Power, the "State of Israel" has a legal obligation, codified in the Fourth Geneva Convention, to allow unrestricted humanitarian access. Further, if the resources in the occupied territory are inadequate – as is currently the case in the Gaza Strip – then Article 55 of the Fourth Geneva Convention places a specific obligation on the Occupying Power (Israel) to provide the articles necessary to ensure the safety and wellbeing of the civilian population.
PHOTO CAPTION
Homeless Palestinians keep warm by the ruins of their neighborhood March 13, 2009 in eastern Jabalya refugee camp.
Source: Agencies