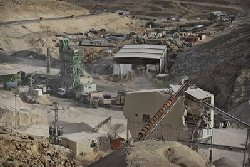 A field study conducted by the Applied Research Institute (ARIJ) reported that the Israeli state had significantly increased the illegal construction of settlements in the occupied West Bank with a percentage that reached 173%.

ARIJ reported that the number of settlers currently living in the occupied West Bank is more than 500.000 compared to 240.000 in 1990. This number is a 109% increase in the number of settlers living there.
There are 2.5 Million Palestinians living in the occupied West Bank which represents 8537 persons living in each kilometer.
ARIJ reported that after the Oslo accord of 1994, the West Bank was divided into three sections; A (17.8%) from the West Bank and is under Palestinian security and administrative control, Area B, 18.2% of the West Bank, under administrative Palestinian control and under Israeli security control, Area C, 61% of the West Bank, under full Israeli security and administrative control, in addition to additional 3% that are supposed to be under Palestinian control.
The Oslo agreement states that Israel should declare area B as Area A, and was supposed to declare area C as part of area A by 1999, except for the settlements and Jerusalem.
But once again, the occupation refused to implement the agreement and started changing facts on the ground in order to build and expand Israeli settlements, in addition to refusing to give up areas that contain natural resources.
Israel then started to construct the Annexation Wall in the West Bank to impose its own version of what the Palestinian can and can’t have.
The ARIJ study stated that the Israeli occupation managed to impose the presence of settlers in the West Bank, especially in areas that are considered of strategic importance to Israel, such as Jerusalem, the Palestinian plains (Jordan Valley) Qalqilia, Salfit and Tubas.
In 1991, Israel prepared plans for settlement expansions and enabled large expansion and construction of settlements in Jerusalem.
As for the Annexation Wall built on Palestinian lands in the West Bank, the study said that the Israeli occupation rejected that ruling of the International Court of Justice, in which on July 9 of 2004, stated that the Wall is illegal and called on Israel to remove it and compensate the Palestinians for their losses.
The ruling also outlawed all settlement construction and expansion, and said that all settlements are illegal and violate the International Law.
Not surprisingly, Israel rejected the ruling and continued the construction of the Wall and the illegal settlements.
Since the Lahai ruling was declared, Israel built the Wall on additional 125 kilometers, which is a 20% increase on the already existing 654 kilometer.
The number of kilometers of totally isolated Palestinian lands was 633 kilometers in 2004, and now it increased to 733 kilometers (16%).
The wall will eventually isolate and annex 13% of the West Bank, including Jerusalem in order to keep the East of the city under its control.
Israel is planning to declare the illegal Wall as the permanent border on the eastern side, and still rejects to hand the control on areas C to the Palestinian Authority.
ARIJ said that Israel is changing the geographical and demographic aspects of Jerusalem and the rest of the occupied territories in order to enforce its own version of a comprehensive peace deal.
Israel uprooted more that 650 trees, and increased the number of roadblocks from 383 in 2004 to 742.
The Israeli occupation also announced bids to construct more than 200.000 houses for settlers in the West Bank. Settlements are occupying at least 2.5 million meters in the West Bank.
The occupation also demolished 1000 Palestinian homes, most of them in Jerusalem, and issued orders to demolish thousands of homes while continuing to expand and construct settlements in East Jerusalem.
Israel is currently planning to expand and develop 17 illegal settlement outposts in Jerusalem, and is planning to increase the number of outposts in the West Bank. There were 86 outposts in the West Bank in 2004, but Israel is planning to increase the number to 323 in 2009.
At the end of its report, ARIJ said that the Israeli occupation is creating forced realities on the ground and dictating its own versions of a peace deal, an issue which will not allow the creation of a contiguous and viable Palestinian State.
The center added that the Israeli acts come in violation to all signed peace deals, in violation to the international law and the basic principles of human right. The illegal Israeli actions only aim at expanding settlements by annexing Palestinian lands, and expanding the areas that the illegal Annexation Wall would isolate and keep them in Israel’s hand.
PHOTO CAPTION
stone quarry owned by an Israeli company is seen near the West Bank settlement of Mishor Adumim, near Jerusalem, Monday, March 9, 2009.
Source: Agencies