What was the mission of Prophets? 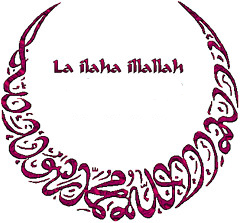 All the messengers of God sent in ancient times came only to admonish man not to commit idolatry and to teach him to worship the one God alone, so that he might accordingly reform his life in this world and share in God’s blessings in the next. But throughout the centuries of human history, the majority of their contemporaries, particularly those highly placed in society, who never showed any willingness to follow these divine messengers, rejected almost all the prophets.

This recurrent event in history is thus described in the Quran: ‘Alas for the servants! They laugh to scorn every apostle that comes to them’ [Quran 36:30].
The practice of ignoring God’s prophets went to the extent of depriving these ancient messengers of their rightful place in the annals of human history. That is why we can find detailed stories of kings and generals in the chronicles of the ages, but we do not find any mention of these prophets. The Prophet of Islam is the only exception. And that is because he received special divine succor. Therefore, for the first time in human history, the determination to repudiate shirk and affirm monotheism became a living movement and reached the stage of practical revolution, turning over a wonderful new page in human history. Now the question arises as to why this movement of rejection of shirk and acceptance of monotheism could not in ancient times culminate in revolution. There were two main reasons for this. One was that it was the age of kingship and the other was that superstitious thinking dominated. These were the two basic factors, which continued to be permanent stumbling blocks for the mission of the prophets.

The age prior to the advent of the Prophet of Islam was that of sacred kingship. Today is the age of democracy, in which political leaders gain the right to rule through the votes of the people. In ancient times, on the contrary, the king’s interest lay in convincing people that they were God’s representatives, even that they were God’s offspring or that they were the children of the sun and moon. While today the basis of government is secular democracy, in the days of old governments used to thrive on some idolatrous belief or the other. This has been mentioned in the Quran with particular reference to Pharaoh. When Pharaoh confronted Moses he felt threatened by the spiritual powers of God’s messenger. So he assembled his people and sought to reaffirm his position in these words. “I am your Lord, most High.” [Quran 79:24].
Thus it was in the political interest of these kings that such superstitious beliefs should prevail throughout the world. Under their special patronage, right from the rituals of the birth of a baby to the funeral rites, the entire system of life was based on shirk. This idolatrous system remained predominant all over the world for several thousand years. Due to royal patronage, this system had become so powerful that it acted as an effective check against spreading the monotheistic message of the prophets. It was as a result of this that in ancient times the Prophet's mission remained limited solely to the communication of the message; it could not enter upon the vaster stage of practical revolution.
Another obstacle to missionary activity was what may be called the superstitious thinking of the age. In ancient times when scientific discoveries of the modern kind had not yet been made, man was not able to understand the true essence of natural manifestations. He found an astonishing diversity in the objects of nature—sun, moon, stars, mountains, sea, earth, heavens, trees, animals, etc. Thanks to this diversity, the misunderstanding developed in man that there must also be many creators, or that these phenomena must be incarnations of different gods. The many-sidedness of nature thus produced the concept of a multiplicity of deities. Even the sun and the moon, because of their extraordinary character, began to be regarded as gods. It was unthinkable for man to conceive of one God in the face of the burgeoning plurality of nature.

It was to this reality that Prophet Abraham alluded: “Lord, they (the phenomena of nature) have led many men astray.” [Quran 14:36]
That is, these outstanding manifestations of nature, the sun, the moon etc. led to man’s deception. People began to worship their greatness and hold them in reverence, though they ought to have considered them all to be creatures of God. On the contrary, they deified these creatures and began to worship them. The scientific thinking of the present age has shattered the myth of these objects of creation being gods. A major role has been played too by democratic thought, which ushered in a powerful political revolution throughout the entire world, giving a death blow to such kingship as was based on the idolatrous thinking of ancient times. Now, in the world of today, such kings as ruled in former times do not exist. They have been swept away like straw in the flood of modern democracy. As a consequence of this modern political revolution, idolatrous beliefs and systems have been deprived of effective patronage. It was this system which was the most powerful obstacle to the rejection of shirk and the establishment of monotheism in its place. Now, the possibilities of issuing the call of the prophets are unlimited. All obstacles in the path have been removed forever.

The Miracles of the Prophets - III

The Miracles of the Prophets - II

The Miracles of the Prophets - I 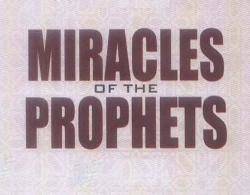 The Miracles of the Prophets - III

The diversity of miracles in accordance with the people of every prophet It was a great wisdom of Allah The Almighty to make the miracles of the messengers match the field of excellence of those to...More