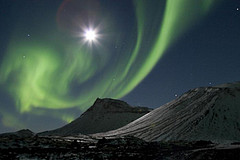 When he reached the age of forty, Allah The Almighty honored him with Prophethood, and there is no disagreement that his Bi‘thah (mission as a prophet) started on a Monday. It was said that this was on the eighth of Rabee‘ Al-’Awwal, forty-one years after the Year of the Elephant, and this is the opinion of the majority of scholars.

Jibreel, may Allah exalt his mention, came to him in the cave of Hiraa’ and said, “Recite.” “I cannot recite,” he,

, then described what happened next, saying: “Then he took me and squeezed me tightly, then let me go and repeated the order to ‘Recite.’ ‘I cannot recite,’ I said, and once again, he squeezed me until I was exhausted, then said, ‘Recite.’ I said, ‘I cannot recite.’ He squeezed me for a third time, then let me go, and said (What means):{Recite in the Name of your Lord Who created - Created man from a clinging substance. Recite, and your Lord Is the Most Generous - Who taught by the pen - Taught man that which he knew not.}” [Quran 96:1-5]
On receiving this revelation, Muhammad,

, became a prophet. He went back to his wife, Khadeejah, trembling with fear, and said: “Cover me! Cover me!” His family covered him until he was no longer afraid. He told Khadeejah, may Allah be pleased with her, about what had happened to him in the cave. She tried to soothe him, and she reassured him saying, “By Allah, Allah will never fail you. You maintain the ties of kinship, help the poor and the destitute, serve the guest generously, and assist the distressed.” [Al-Bukhari and Muslim]
Then, Allah The Almighty sent him as a Messenger to all humans and Jinn with the revelation of Soorah Al-Muddathir. The Prophet,

, said about this: “While I was walking, I heard a voice coming from the sky. I looked up and found it was the same angel who had visited me in the cave of Hiraa’. He was sitting on a chair between the earth and the sky. I was terrified of him. I went home saying, ‘Cover me! Cover me!’ Then, Allah the Almighty revealed to me the following verses [which mean]: {O you who covers himself [with a garment]! Arise and warn. And your Lord glorify. And your clothing purify. And uncleanliness avoid.} [Quran 74:1-5] After this, the divine revelation began coming more frequently and regularly.” [Al-Bukhari] On receiving the revelation of this chapter, Muhammad,

, ‎became a Messenger.
After this, the Prophet,

, to begin openly declaring his call, Saying (what means): {And warn, [O Muhammad], your closest kindred. And lower your wing to those who follow you of the believers. And if they disobey you, then say, “Indeed, I am disassociated from what you are doing.”}[Quran 26: 214-216]
Therefore, the Messenger of Allah,

, said: “If I were to tell you that there were some horsemen in the valley planning to raid you, would you believe me?” They said, “Yes. We have never seen you lie.” He said, “I am a warner to you before a severe torment.”[Al-Bukhari and Muslim]
The disbelieving leaders of the Quraysh and their supporters declared war on the Prophet,

, but none of them dared to accuse him of lying or any other improper attribute. Allah The Almighty Says (what means): {We Know that you, [O Muhammad], are saddened by what they say. And indeed, they do not call you untruthful, but it is the Verses of Allah that the wrongdoers reject.}[Quran 6:33]
The Prophet,

, had lived for forty years among his people. Had they known that he had a single evil attribute, they would certainly have used it to defame him before the people. Therefore they found that ‘sorcerer’ and ‘soothsayer’ were the best qualities that they could attribute to him, arguing that his call separated parents and children, a brother from his brother and a husband from his wife. They also accused him of insanity because he was against their Shirk and because he called to worshipping Allah The Almighty alone.
He pursued his call in the seasons of pilgrimage and in the markets. He also went to At-Taa’if and some of the Jinn embraced Islam when he was returning from At-Taa’if to Makkah. In At-Taa’if, the Prophet,

, suffered great harm but showed patience, seeking the reward of his Lord.
Then, he was taken at night to Bayt Al-Maqdis (Jerusalem) and was taken up to the highest heaven on the journey that is known as the Israa’ and Mi‘raaj, which was the Prophet's nightjourney to Al-Aqsa mosque and the upper heavens. Before this journey, Jibreel, may Allah exalt his mention,

and washed it with Zamzam water. Then, he brought a [Al-Bukhari] basin full of wisdom and faith, and having poured its contents into his chest, hesealed it. Then, he took his hand and ascended with him first to the nearest heaven. came, split open the chest of the Prophet,
Al-Haafith ibn Hajar

mentioned that the chest of the Prophet,

, was split open three times. The first time was the incident when he was a young boy at Banu Sa‘d, the second was at the time of his Bi‘thah and the third was before him ascending to the heavens. He said,
Splitting the chest of the Prophet

open upon his Bi‘thah was authenticated through a Hadeeth that was narrated by Abu Nu‘aym in Dalaa’il An-Nubuwwah. The first time the splitting of the chest of the Prophet

occurred implied something that did not happen in the two other times. Muslim

narrated that Jibreel, may Allah exalt his mention, ‘Then extracted a clinging clot out of it, and said, ‘This is the ‎This first time took place when he was a child, and hence he grew up as perfect as possible in terms of protection against the cunning of the devil. Then, his chest was split open upon his Bi‘thah as an additional honor, so that he could receive the revelation with a strong and perfectly pure heart. Then, his chest was split open for the third time upon ascending to the heavens to be ready for the private communication with Allah The Almighty. Probably, the rationale behind this third time was to perfect the washing of his heart, as proven in his Sunnah.
On the night of Israa’ and Mi‘raaj, the Prophet,

, reached a place where he heard the creaking of the pens above the seventh heaven. The five daily prayers were ordained during this journey and he led the prophets, may Allah exalt their mention, in prayer performing two Rak‘ahs (units of prayer). Then, he returned to Makkah before morning.
The Messenger of Allah,

, continued with his call to worship Allah The Almighty alone. He remained worshipping in Makkah for three years praying before the Hijrah (emigration). When the hostile acts of Quraysh against the Prophet,

, became too severe to be endured, Allah The Exalted gave him permission to migrate from Makkah to Madeenah. He received the rest of the Islamic Laws there during the ten years that followed the Hijrah, as previously mentioned.
In other articles, we shall speak about the patience of the Prophet,

, his endurance, Jihaad, farewell pilgrimage, return to Madeenah and, finally, his death after Allah The Almighty completed the religion through him.

Early Life of the Prophet 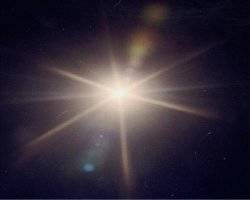