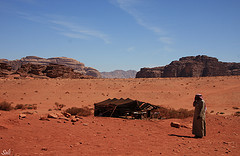 Dominant civilizations before Prophethood and their religions – II