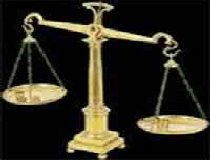 Islam has come with the establishment of justice and prevention of injustice as one of its most manifest goals. Justice is the purpose for which Prophet Muhammad

and all other Messengers, may Allah exalt their mention, were sent. Allah Says (what means): "We have already sent Our messengers with clear evidences and Sent down with them the Scripture and the balance that the people may maintain [their affairs] in Justice…"  [Quran 25:57]

This justice touches all aspects of human life and includes the rights of the Creator and the creatures. Allah Almighty Says (what means): "Indeed, Allah orders justice and good conduct and giving to relatives ..." [Quran 16:90]
Only Islam guarantees the means that lead to the actualization of justice and its consolidation. One of the means of establishing justice is giving testimony and knowing its importance. Testimony is the criterion with which we distinguish between truth and falsehood, and true claims and false ones. Someone said, "Testimony to people's rights is like the soul to the body, for as Allah enlivens bodies with souls, He also enlivens rights with truthful testimony. It is essential in establishing a sound social life and all that has to do with it.
Shurayh, a prominent Muslim judge

said, "Judgment is a disease while testimony is a cure. So use the cure for the disease."
Giving testimony its due is an obligatory duty. Allah Says (what means): "…And establish the testimony for [the acceptance of] Allah…" [Quran 65:2]
Those who stand firm in their testimonies are among the people of righteousness and faith. Among the necessities of faith is giving truthful testimony even if against oneself or a relative. Allah Says (what means): "O you who have believed, be persistently standing firm injustice, witnesses for Allah, even if it be against yourselves or parents and relatives..." [Quran 4:135]
Establishing testimony includes giving witness in making contracts and giving it in front of judges. Muslim scholars said, "Whoever is called to be a witness over a contract or undertaking - and there is no one besides him qualified to do that - it is compulsory on him to be a witness over the transaction. If, however, there are other qualified persons to do that, it becomes a recommended act and collective obligation."
As regards giving testimony, the scholars said, "Giving testimony is a collective obligation whereby if it is carried out by a sufficient number of people, the whole community is absolved of the obligation. But if no one does it, the whole community is blameworthy. If there are no other witnesses that would enable justice to be done and there is a fear that someone's right may be lost, it then becomes the individual responsibility of the few available witnesses to testify”. Allah Says (what means): "…And let not the witnesses refuse when they are called upon..." [Quran 2:282]
Islam not only enjoins giving testimony, it also forbids concealing it because concealing evidence is something that is disapproved of Islamically and detested by nature. Allah Says (what means): "…And do not conceal testimony, for whoever conceals it-his heart is indeed sinful..." [Quran, 2:283]
Some scholars said: "Allah has not threatened (His slaves) on anything as much as He has threatened them over the concealment of evidence.
Concealing evidence is a great sin. Allah Says (what means): "…And we will not withhold the testimony of [i.e. ordained by] Allah. Indeed, we would then be of the sinful." [Quran 5:106]
Ibn Abbas, may Alalah be pleased with him, said, "Giving false testimony and concealing testimony is one of the major sins."
Since all these facts have been made clear, it then becomes necessary to know that Sharee'ah (Islamic Law) has surrounded testimony with hedges that will enable it to serve its purposes and prevent it from deviating towards what negates its goals. That is why the basic principle in Sharee'ah is that one's testimony must be based on knowledge, clarity and trust. Allah Says (what means): "…But only those who testify to the truth [can benefit], and they know." [Quran 43:86]
Allah also Says, while referring to the sayings of Prophet Yoosuf's

(Joseph's) brothers, (what means): "…And we did not testify except to what we knew." [Quran 12:81]
The scholars said, "Generally speaking, when regarding a matter that can be seen, like murder, stealing, or fornication, only eye-witness accounts are suitable (acceptable) as testimony, and if the matter is one that can be heard like marriage and business contracts, divorce, etc., acceptable testimony should be based on hearing”.
To give testimony on a matter wherein one has no knowledge, or to purposely testify with the opposite of what we know to be the truth is regarded as a great sin. False testimony is one that is baseless whatever the reason may be. Ibn Hajar

said, "False information is to describe something in contrary to its actual form."Some scholars said, "Falsehood is something that is outwardly adjusted and beautified so that it may be thought to be truth."
Allah Says (what means): "…And avoid false statement." [Quran 22:30]
At-Tirmithi

and others reported that the Prophet

delivered a sermon one day and said, "O you people! Giving false testimony is equal to ascribing partners to Allah." He then recited, "So avoid the uncleanliness of idols and avoid false statement." [Quran 22:30]
Al-Bukhari and Muslim

said, “Should I inform you about the greatest of the great sins?" They (the present companions) said, "Yes, O Allah's Messenger!" He said, "To join others in worship with Allah and to be undutiful to one's parents.” The Prophet

then sat up after he had been reclining (on a pillow) and said, “And I warn you against giving a lying speech (false statement)." He kept saying that warning, till we (listeners) thought he would not stop”.
Giving false testimony has many evils for it supports falsehood against truth and gives backing to injustice and aggression against justice. It also effaces fairness and equity and poses danger to public safety and security.
Therefore, we Muslims, should take to the path of pious believers about whom Allah Says (what means): "And [they are] those who do not testify to falsehood, and when they pass near ill speech, they pass by with dignity." [Quran 25:72]
Islamic Law strongly seeks to establish principles of brotherhood and mutual love in the Muslim society and remove causes of dissension from among Muslims. That is why it promulgates the policy of authentication and keeping records of contracts in order to protect people's rights and valuables and eliminate corruption and contentions. One of the methods of authentication is testimony. Allah Says regarding business transactions (what means): "And take witnesses when you conclude a contract." [Quran 2:282]
He, the Almighty, also Says regarding revocation of contracts: "And bring to witness two just men from among you and establish the testimony for [the acceptance of] Allah." [Quran 65:2]
Concerning handing over properties and trusts, Allah Almighty Says (what means): "Then when you release their property to them, bring witnesses upon them. And sufficient is Allah as Accountant." [Quran, 4:6]
So, we, as Muslims, have to obey the injunctions of our Lord and adhere to His way in order to succeed and have prosperity in this world and the next.