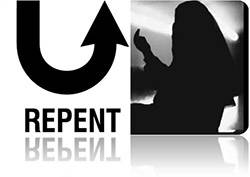 My mother used to not fully fast Ramadan before, but just a few weeks ago Al-Hamdulillaah, she decided to start fasting for the coming Ramadan. But we just found out that she is sick and she might need to live on medication for the rest of her life. And she might not be able to fast, due to the possibility of endangering her health if not taking the medication on time. What should she do then for the days she doesn't fast? Is it ok not to fast in her situation? Would god forgive her for not fasting before when she asks forgiveness?

Your mother is obliged to do many things:

1-    She is obliged to repent if she deliberately broke the fast without any sound religious reason. To deliberately break the fast in Ramadan is a great major sin which requires repentance.

2-    She is obliged to make up for any days she failed to observe the fasting and pay a compensation for each day. The compensation (for feeding a person) is 750 grams of food for each day she broke the fast if she delayed making up the days she broke the fast while being able to make them up from previous year to the year after it; and this is what appears from the question.

stated the same thing for a person who dies and did not observe fasting, as he said: 'If a person delays making up the days he broke the fast while being able until he dies after the commencement of Ramadan before he makes them up, his heirs are obliged to give a compensation on his behalf. There are two well-known opinions on this issue. The most correct opinion according to the Shaafi'ee school is that his heirs are obliged to give compensation twice; 750 grams of food for breaking the fast and another 750 grams for delaying to make up the fasting in due time. Al-Maawardi

with the exception of Ibn Suraij.'

4-  Now she is like a very old person, she is not obliged to fast but she is only obliged to pay compensation according to what we have already explained.

As regards your question to whether or not she is able to fast on this condition, the answer is that if a trustworthy doctor informs her that her life will be in danger if she does so, then it is not permissible for her to fast.
As to whether Allah will forgive her or not if she repents and seeks His Forgiveness, then this is a matter that only Allah Knows but she should know that Allah forgives all the sins. Allah Says (which means): {Say, "O My servants who have transgressed against themselves [by sinning] do not despair of the mercy of Allah. Indeed, Allah forgives all sins. Indeed, it is He who is the Forgiving, the Merciful."}[Quran 39:53].
Allah Knows best.