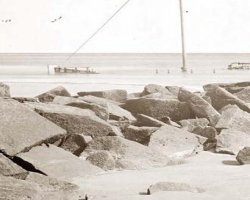 Lessons and benefits to be obtained from the blockade:

and protected him from death, as required by a Jaahili (pre-Islamic) tradition. The Muslim should therefore seek to make use of the laws of the disbelievers in all that would serve the Da‘wah (call), provided that it is based upon a sound Fatwa from those eligible to issue it.
2-    Human rights in our modern era give warranty for Muslims, and religious freedom should also be made use of. Moreover, many other laws in various countries give Muslims many good opportunities which they should seize. Muslims should utilize all of these, but on the basis of precision and balance.
3-    It is important to learn that when the relatives of the Messenger of Allah

protected him, they did not protect the message with which he was sent in so much as they protected his own person from being harmed by a stranger. Thus, if it is possible for the Muslims of our era to make use of such protection as a means to maintain Jihaad, overcome the disbelievers and ward off their evil plots and aggression, then this would be a praiseworthy appreciative effort and an appealing means of progress.
4-    With his great poems, Abu Taalib succeeded in penetrating and shaking the Qurayshi society, and it was only the five people whom we mentioned in the previous article that moved to revoke the pact, and they happened to have had kinship ties with Banu Haashim and Banu Al-Muttalib and they succeeded in removing the inequity and injustice from the Muslims, along with their supporters and allies. They made a plan and executed it successfully. Here we highlight the fact that many people who outwardly seem to belong to the Jaahili category in fact may be inwardly rejecting injustice and transgression, and await a suitable opportunity to remove this. Muslims should, therefore, pay special attention to such people, exert influence on them, explain the reality of the Noble Quran and the prophetic Sunnah, and demonstrate the nature of enmity that Islam receives from Jews, Crusaders and Secularists, perchance they might be useful in serving Islam.
5-    The phenomenon of Abu Lahab deserves to be scrutinized and given special attention to for it reoccurs throughout Islamic history. Islamic callers might find, from among their closest allies, such that turn against them, inflict harm upon them and attack them much more fiercely than their strongest and most contentious opponents might do.
6-    The Messenger of Allah

gave his instructions to the Muslim individuals not to face their enemy, but rather to practice the highest level of self-control, lest they kindle the fire of war or become its fuel. During this stage, the greatest fruit of upbringing was manifested in the way the heroes of that time patiently forbore harm without resistance. Such heroes like Hamzah, ‘Umar, Abu Bakr, ‘Uthmaan bin ‘Affaan, and others, may Allah be pleased with them, hearkened and obeyed. Although they received all this harm, resentment and injustice, they withheld their hands and remained patient; not only on one single occasion or for a day, but rather they continued to be patient for three years of famine, during which their nerves were to be burnt so many times, but they were not allowed to shoot an arrow or wound anyone.
7-    Events confirmed the extent to which the first row of believers was great in compliance with the commands of its leader and avoiding any reckless behavior. Nothing would have been easier than to assassinate Abu Jahl therewith to kindle a fire of an unplanned and unequal battle, the extent of which was unknown except to Allah The Almighty.
8-    The Islamic Da‘wah achieved wonderful victories in many territories like Abyssinia, Najran, Azd Shanoo’ah, Daws, Ghifaar, and so on, and these victories occurred in a linear manner that would provide good support for Islam and Muslims. They became centers of power ready to move at the decisive moment, and there were also expansions of Da‘wah outside the borders of Makkah - the noncompliant solid rock.
9-    These three years supplied the pioneering generation with great provisions for nurturing construction: they underwent -each according to his portion - the pains of hunger and fear, patience during trials, self-control, pressure, and the curbing of emotions.
10-                       Some characters from among the polytheists were impressed by the prophetic nurturing and influenced by the great personality of the Messenger of Allah

. Deep inside, they bonded with the principles introduced by the new religion. However, the dominance and authority of the assembly and the chiefs of the Quraysh hindered them from demonstrating interaction, love and a shared upbringing. The conclusion of the story of the pact is the clearest manifestation of this.
11-                       Establishing the arguments that destroy falsehood, clear proofs and supernatural miracles could have no influence upon those of fancies and inclinations who worship their own benefits and interests, for they always cause their minds to be too idle to consider the facts, their ears too deaf to hear the truth, their eyes too blind to see, meditate and be guided to the truth after the arguments and proofs are established in support of it. Although Abu Taalib told them about what the Messenger of Allah

had told him in regard to the termites devouring all the contents of the parchment except ‘In the Name of Allah’ – something which they saw with their own eyes - none of them believed. It is their fancies which blinded their eyes from seeing the truth and blocked their ears in order not to hear it.
12-                       The social and economic boycott played a great role in serving and publicizing the Da‘wah among the Arab tribes. The news of it circulated among all the Arab tribes during the season of Hajj, and drew the attention of people from different parts of the Arabian Peninsula to this Da‘wah, for which the Prophet

and his Companions, may Allah be pleased with them, bore hunger, thirst and isolation for this long period. It led them to realize that this Da‘wah was true, otherwise, neither the Messenger

nor his Companions, may Allah be pleased with them, would have been able to endure all these types of suffering and torture.
13-                       By the time the blockade provoked the wrath of the Arabs upon the disbelievers of Makkah for the cruelty they assumed in dealing with Banu Haashim and Banu Al-Muttalib, it stimulated their sympathy towards the Prophet

and his Companions, may Allah be pleased with them. No sooner had the blockade been canceled than many people hastened to embrace Islam, and the Da‘wah resounded and became known in almost all the Arab lands. In this way, the weapon of the economic boycott returned with loss upon those who initiated it, and was one of the strong factors determining the spread of the Islamic Da‘wah, which was completely contrary to what the chiefs of polytheism had intended.
14-                       The support given by Banu Haashim and Banu Al-Muttalib to the Messenger of Allah

and their sharing the burden of the economic and social boycott with him left a remarkable impact on Islamic jurisprudence. The share of the Prophet’s kinship to be assigned from the ‘one-fifth’ (i.e., the war booty) was thereafter given to Banu Haashim and Banu Al-Muttalib. Ibn Katheer

clarifies this in his commentary on the following verse, where Allah The Almighty Says (what means): {And know that anything you obtain of war booty - then indeed, for Allah is one fifth of it and for the Messenger and for [his] near relatives and the orphans, the needy, and the [stranded] traveler, if you have believed in Allah and in that which We sent down to Our servant on the day of criterion - the day when the two armies met. And Allah, over all things, is Competent.} [Quran 8:41]
He said
As for the share of his kinship, it should be given to Banu Haashim and Banu Al-Muttalib, for the latter supported the former during the pre-Islamic days and in the early days of Islam, particularly during the years of the blockade when they entered with them into the valley of Abu Taalib out of their anger for the sake of the Messenger of Allah

and in their protection. During this suffering, the Muslims were motivated by their obedience to Allah The Almighty and His Messenger

and the disbelievers were motivated by fanaticism for their clan, their sense of honor, and their obedience to Abu Taalib [their chief]. Furthermore, no share of the booty was to be given to Banu ‘Abd Shams and Banu Nawfal for even though they were their paternal cousins, they did not agree with them on this matter. Rather, they fought them, competed with them, and supported the other tribes of the Quraysh to fight the Messenger of Allah

. This is why Abu Taalib lampooned them most in his Laamiyyah poem for they did so even though they were closely related to them. According to particular narrations of this Hadeeth: “They neither left us in the pre-Islamic days nor in [the days of] Islam.” According to the majority of scholars, these were the sons of Haashim and Al-Muttalib.
15-                       When Allah The Almighty willed to support His religion, honor and empower His Messenger

and support him to conquer Makkah and perform the Farewell Pilgrimage, the Prophet

preferred to stay in the valley of Banu Kinaanah to remember the constriction and persecution they had suffered, and thank Allah The Almighty for the great favor and conquest He had bestowed upon him, which enabled him to enter Makkah after they had been turned out of it. He also wanted to emphasize how the truth emerged victorious and became superior to falsehood and how Allah The Almighty established its persevering people in power. In this respect, it is narrated on the authority of Usaamah bin Zayd, may Allah be pleased with him, that he said, “I asked, ‘O Messenger of Allah, where will you stay tomorrow?’ [This was during his Farewell Pilgrimage]. He replied: ‘Has ‘Aqeel left us a house?’ He then added: ‘Tomorrow we will stay at the valley of Banu Kinaanah, [i.e. Al-Muhassab], where the polytheists of the Quraysh took an oath of disbelief.’ However, Banu Kinaanah allied the Quraysh against Banu Haashim on the terms that they would not have any business dealings with them, nor give them shelter.” [Al-Bukhari]
16-                       Any people seeking at any time to implement the law of Allah The Almighty must consider a possible blockade and boycott from the people of falsehood, for disbelief is always the same. The leaders of the Islamic nation have to qualify themselves and their followers for such circumstances and put the most appropriate solutions to handle them in case they happen. They should reflect on how to face the blockade using the most appropriate alternatives in order for the nation to withstand any kind of boycott.