The Prophet’s journey to At-Taa’if – I 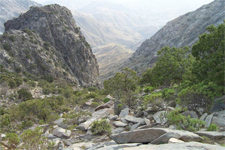 It was the practice of the Prophet

to follow in the footsteps of the previous prophets and messengers. For example, Nooh (Noah), may Allah exalt his mention, spent nine hundred and fifty years calling his people to Allah The Almighty. During these years, he undertook hard, diverse, and repeated work. Allah The Almighty Says (what means): {Indeed, We sent Noah to his people, [saying], “Warn your people before there comes to them a painful punishment.” He said, “O my people, indeed I am to you a clear warner, [Saying], ‘Worship Allah, fear Him and obey me. Allah will forgive you of your sins and delay you for a specified term.’ Indeed, the time [set by] Allah, when it comes, will not be delayed, if you only knew.” He said, “My Lord, indeed I invited my people [to truth] night and day. But my invitation increased them not except in flight. And indeed, every time I invited them that You may forgive them, they put their fingers in their ears, covered themselves with their garments, persisted, and were arrogant with [great] arrogance. Then I invited them publicly. Then I announced to them and [also] confided to them secretly} [Quran 71:1-9]

During this long period, he never stopped calling to Allah The Almighty, and he was never neglectful in conveying the Da‘wah (call). He was always discerning and shrewd in diversifying the times and approaches of Da‘wah. Al-Aloosi

interpreted the Quranic verses (what mean): {My Lord, indeed I invited my people} saying that he invited them to the truth, faith and obedience; {‎Night and day} i.e. constantly and without any negligence or shortcoming. Then, he described their arrogant rejection and stubborn insistence. Al-Aloosi

also commented on the verse (what means): {Then I announced to them and confided to them secretly.} saying, “Namely, I called them repeatedly and consecutively in different ways and using different approaches.” In this verse, Nooh, may Allah exalt his mention, stated that he adopted different approaches in his Da‘wah after stating that he was always inviting his people to Allah The Almighty. {Then I invited them publicly} refers to the fact that he began inviting people secretly, which is more suitable for the one who is mainly interested in making people respond to his Da‘wah because of the gentleness and subtlety that is involved in the secret Da‘wah.
Similarly, the Prophet

would diversify his approaches of Da‘wah. He invited people publicly and secretly, in times of peace and even in times of war, individually and collectively, when traveling and when residing at home. The Prophet

related stories, set forth parables and used educational tools (by drawing lines on the ground and things of the sort). He encouraged and gave glad tidings, yet he also intimidated and warned. He called people to Allah The Almighty at all times and in all situations utilizing every effective and persuading approach. The Prophet

moved to At-Taa‘if, then he started inviting the different tribes, and then emigrated to pursue his Da‘wah.
The Prophet

was trying to find a new centre for his Da‘wah. Hence, he asked for the help of the tribe of Thaqeef but it did not respond to him. Rather, they made their children pelt him with stones. On his way back from At-Taa’if, the Prophet

met ‘Addaas, who was a Christian, and he embraced Islam. According to Al-Waaqidi, the journey was in Shawwaal of the tenth year after the commissioning of the Prophet

as a prophet and following the death of Abu Taalib and Khadeejah, may Allah be pleased with her. He also mentioned that the Prophet

stayed in At-Taa’if for ten days.
Why did the Prophet

choose At-Taa’if?
At-Taa’if represented a strategic interest for the people of the Quraysh. Furthermore, the tribe of Quraysh was trying to take over At-Taa’if and it had already tried to seize it. Some of its men had attacked the Valley of Wajj, as it was woody and fertile. This frightened the tribe of Thaqeef and made it, in addition to the tribe of Daws, ally with the Quraysh. Many of the rich people of Makkah had property in At-Taa’if, where they used to spend the summer. The two tribes of the Banu Haashim and the Banu ‘Abd Shams were in continuous contact with At-Taa‘if. In addition, there were deep financial ties between the Qurayshi tribe of Makhzoom and the tribe of Thaqeef.
Hence, going to At-Taa’if was a calculated step. If the Prophet

had succeeded in finding a place for the Da‘wah and a group of supporters in At-Taa’if, this would have frightened the Quraysh and directly threatened its security and financial interests. Furthermore, this would have isolated the Quraysh from the outer world.
This political, strategic and Da‘wah-related development proved the keenness of the Prophet

on utilizing all available means to establish a new strong Muslim state that would enter into the ring of the conflict as establishing such a state and finding the tangible power that underpins its existence are among the important means in conveying the Divine Da‘wah to people. Therefore, immediately after reaching At-Taa’if, the Prophet

headed to the centre of authority and political decision making in At-Taa’if.

The Prophet’s journey to At-Taa’if – II