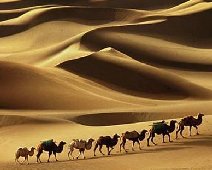 It was 1430 years ago when Prophet Muhammad

and his faithful Companions, may Allah be pleased with them, embarked on a journey that changed not only their future, but the face of history as well. Finally, the Muslims found a place where they can be free from the arrogance, discrimination and torture of the Pagan Arabs of Makkah and safely worship Allah, the God of Abraham, Moses, Jesus and Muhammad, may Allah exalt their mention, without fear of persecution.

This incident of Hijrah (Hegira), as it came to be known, marks one of the most significant milestones in human history, the beginning of a great religion and civilization. In just a few decades after Hijrah, Muslims were able to establish an Ummah (state) that had more races and ethnicities and larger geographical areas than any previous civilization. In this state, those who had become Muslims, as well as those who kept their Christian or Jewish beliefs, enjoyed a justice and peace unmatched under any other nation. The great purpose those Muslims espoused and the astounding results they achieved, testify to the divinity and truthfulness of the teaching of Islam. So significant the Hijrah was for the Muslims they made it the starting point for their Lunar Calendar, which begins with the current month, the month of Muharram.
The word Hijrah is a Quranic term that has a set of active meanings, all of which are important for us to remember and think about, especially since our Ummah is clearly lacking in leadership as well as its connection to the true teachings of the Quran and Sunnah. Hijrah means to emigrate, to depart, to turn away from, and to quit, both in the abstract and physical sense of the words. Hijrah is to change and reform. These meanings were unambiguous in the main Hijrah incident. Not only did the early Muslims leave their homes and towns, they also gave up many of their beliefs and habits and replaced them with the way of Islam.
To the early Muslims making the Hijrah meant giving up:
1.     All forms of paganism and polytheism and believing in the One Allah Alone.
2.     Enslaving one another, and fully submitting to the Will of Allah, the Almighty, in servitude, and respecting one another, thus achieving peace and happiness.
3.     The superstition and the confusing ways of ignorance, and seeking knowledge and guidance in the teachings that free the spirit and respect the mind.
4.     Fighting over resources and living in endless state of division and discord, to abiding by the law, working for the common good and achieving unity and harmony.
Hijrah replaced their fear with hope, their aimlessness with purpose, and their statelessness with freedom and confidence in the future. They rose to the challenges of life. They built Mosques for worship and schools for education. And to insure freedom, peace and justice for all people living in the Madeenah (Muslims, Jews and Christians as well as others) the Prophet

put together a constitution to establish the intercommunity and interfaith relations, which was accepted by all parties.
There are many aspects to the Hijrah that deserve discussion, but the greatest lessons we should learn from it are that Muslims must do their best to bring security and goodness to whatever land they live in, and that they should not give up trying to achieve this goal. Our history is full of examples showing that our Ummah managed to rise every time it fell.

A new Hijri Year We recently bid farewell to a year that will be a witness for or against us. We received a new year. A segment of man’s life has just finished and the more days pass by, the closer...More